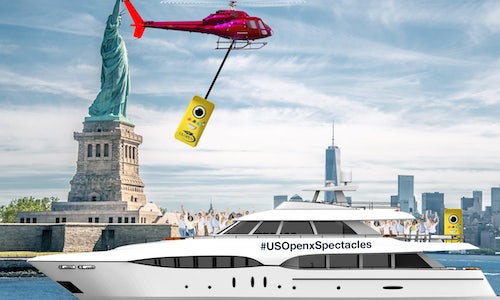 Snapchat Spectacles at the 2017 US Open: A Grand Slam First
Your US Open tennis story shared your way on Snapchat

US Open - the event you make your own;
Spectacles - your memory framed from your point of view

A tournament known for innovation, the US Open aimed to give fans a new and dynamic way to share their US Open experience by way of a physical and digital integration. The objective of this campaign was to encourage fans to capture their memories just the way they saw using Spectacles, HD filming sunglasses that provide a one-of-a-kind vantage point. Pushing content sharing a step further, the US Open introduced the first dedicated tennis lens on the Snapchat app, a first in America, on the opening day of the tournament.

The United States Tennis Association and Snapchat Spectacles by Snap Inc. created a stunt like no other for the 2017 US Open. On Aug 19, NYC was invaded by two Snapchat Spectacles Bots that journeyed from Los Angles to the Billie Jean King National Tennis Center, by sea, by air, and by land.

Bethanie Mattek-Sands, 2016 US Open doubles champion, and mixed doubles Olympic gold medalist, amplified the content sharing and snapped with Spectacles from an NYONAIR helicopter carrying one of the Snapbots.

Fans who visited Flushing Meadows had the opportunity to purchase Spectacles onsite, a Grand Slam first, from Arthur Ashe Kids Day to the close of the US Open.

The US Open strives to surprise and delight fans while reshaping and enhancing the way fans can share their onsite experience. Spectacles offered fans a new sense of discoverability on the grounds with a fresh content format.

To maximize the conversation, fans who tuned into the action, remotely or onsite, had the opportunity to customize their snaps with a US Open branded tennis lens filter within the Snapchat app on the first day of the tournament, a first on the platform in America. 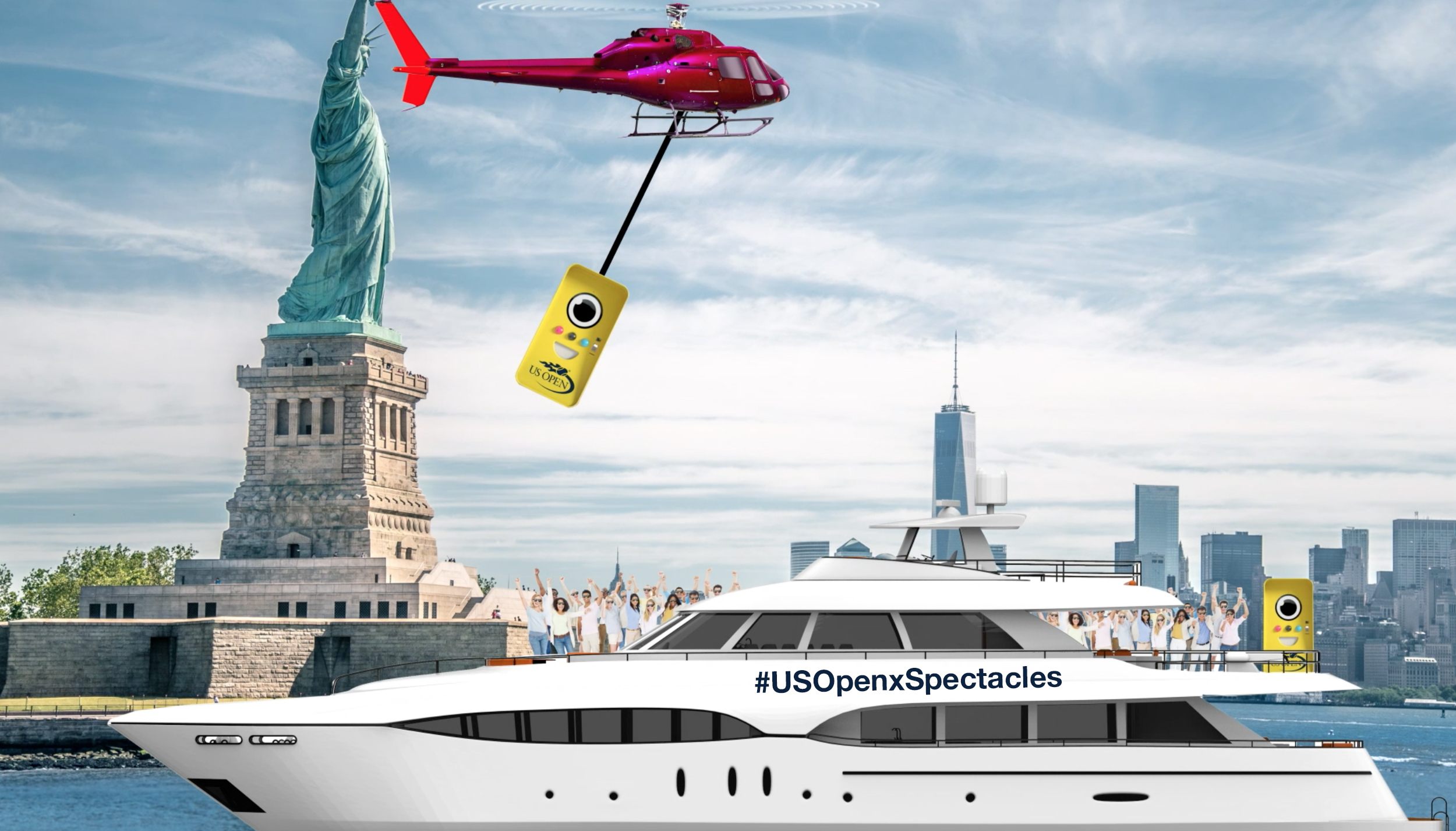