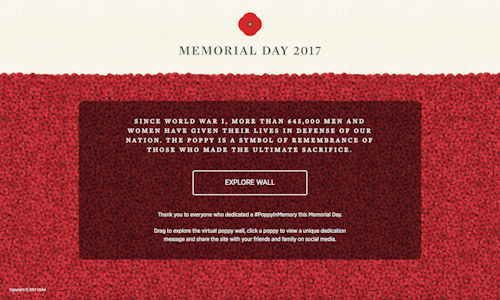 To engage the military community and the general public for its Memorial Day campaign, USAA centered its campaign on honoring the fallen by wearing a poppy flower. The flower is used to symbolize the sacrifice of fallen soldiers in the U.S. and was inspired by the World War I poem, "In Flanders Fields." Through this insight, USAA and Publicis created a virtual poppy wall to inspire the public to dedicate a poppy in memory of someone that was killed while defending our nation. A combination of owned, paid, and earned media drove this social -first campaign to deliver high media exposure on a limited budget.

Publicis centered the conversation around #PoppyInMemory, which allowed the brand to create something that was ownable and also educated audiences about the purpose of the poppy as a symbol of remembrance.

Publicis activated its agency partners and worked in tandem with USAA's creative services team to create a multi-platform campaign through a phased content approach. The team unveiled content throughout the campaign to educate the general public on the true meaning of Memorial Day, to inspire by telling stories of those who have fallen or honor the fallen and to activate by encouraging the public to wear it [the poppy] and share it.

To educate, the team launched a first -of-its -kind 360-degree "In Flanders Fields" poem, utilizing Facebook's 360 photo post format. To inspire, video content was developed and cut specific to each platform which allowed the story to be told in its own unique way on Facebook, Instagram, Twitter and Snapchat.

These tactics drove to the virtual poppy wall, where users were encouraged to activate by dedicating and sharing a virtual poppy in memory of fallen friends and relatives on a responsive, device-agnostic website. Users were able to submit a highly-emotional piece of social currency meant to be shared on their social media profiles. 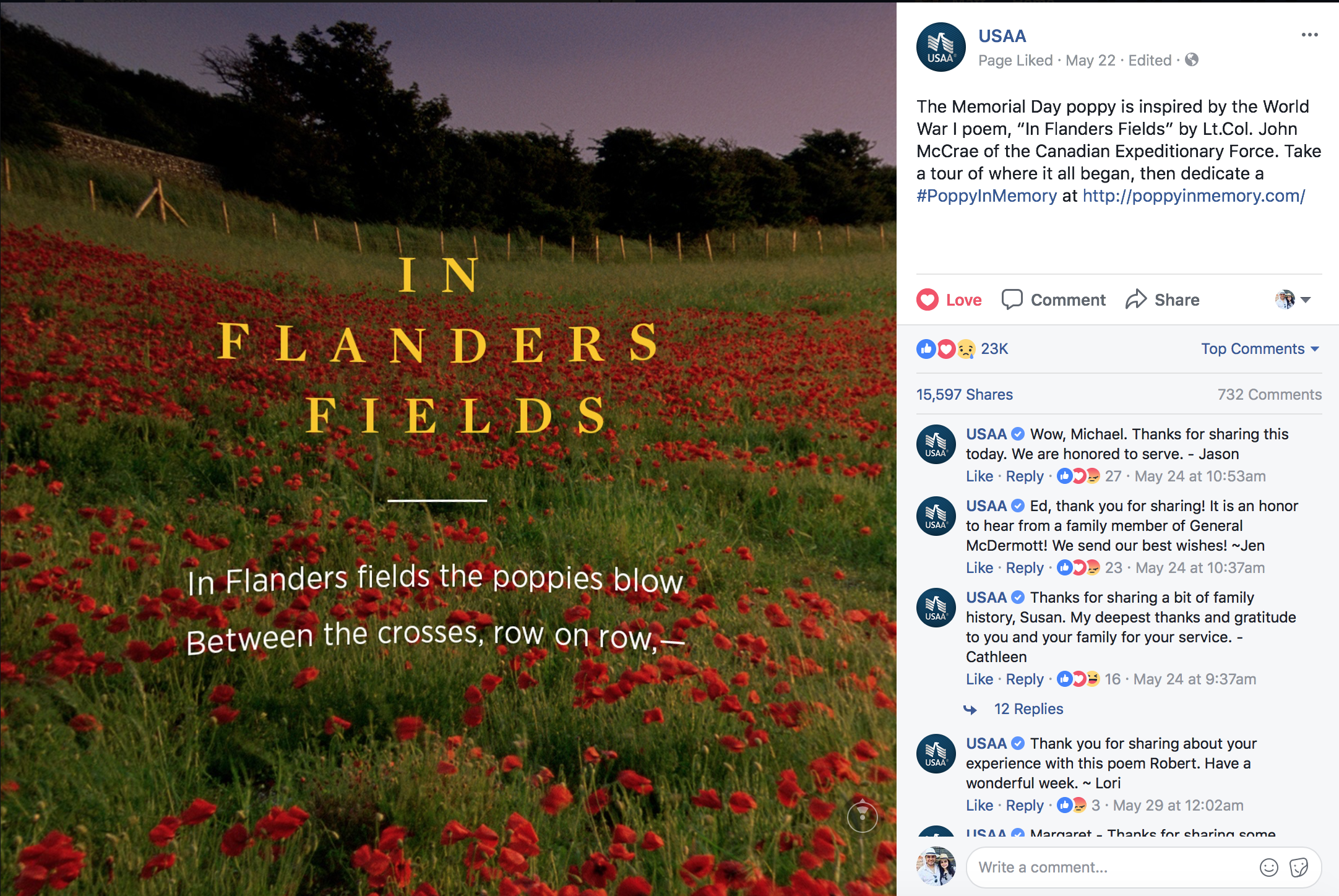 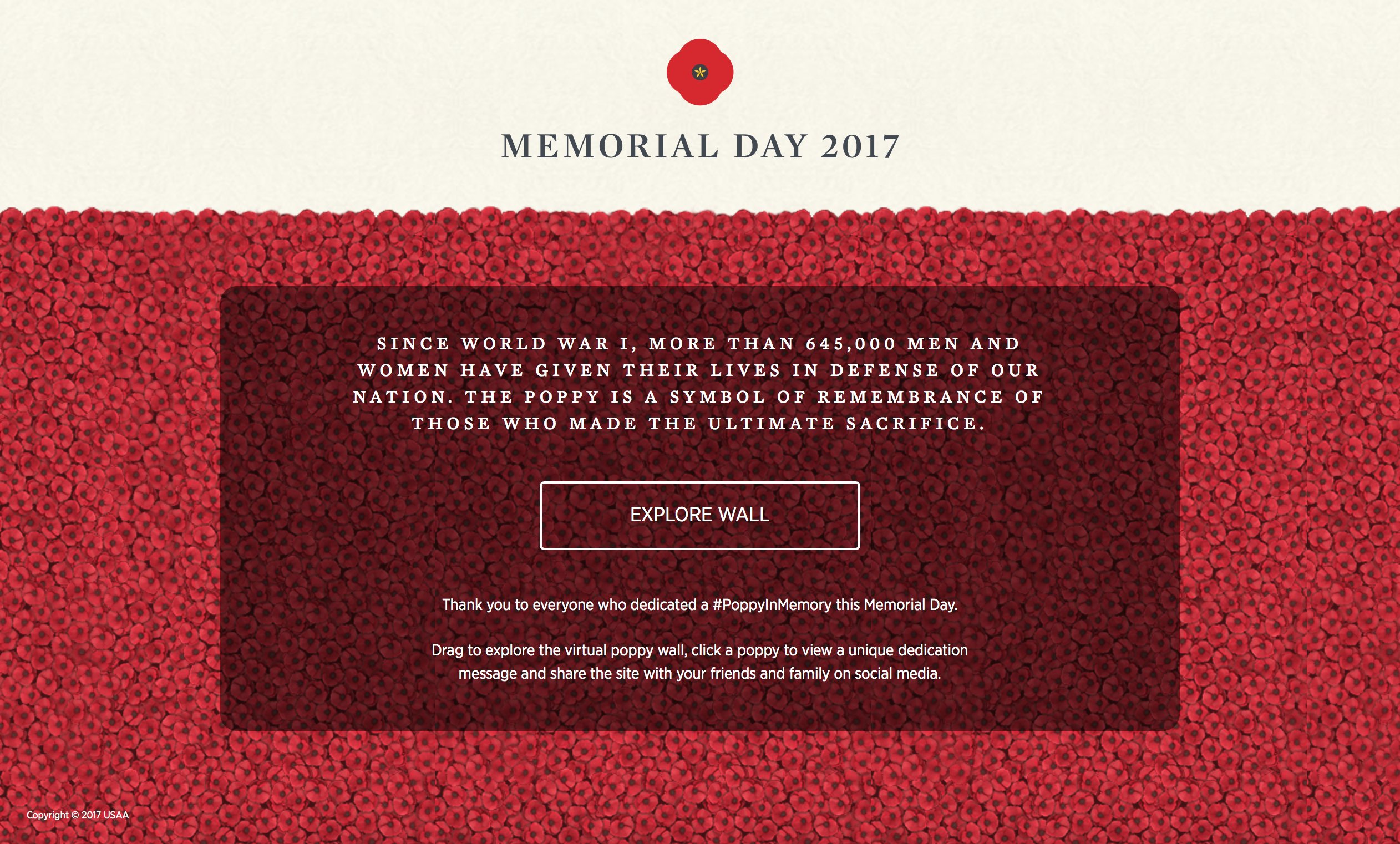 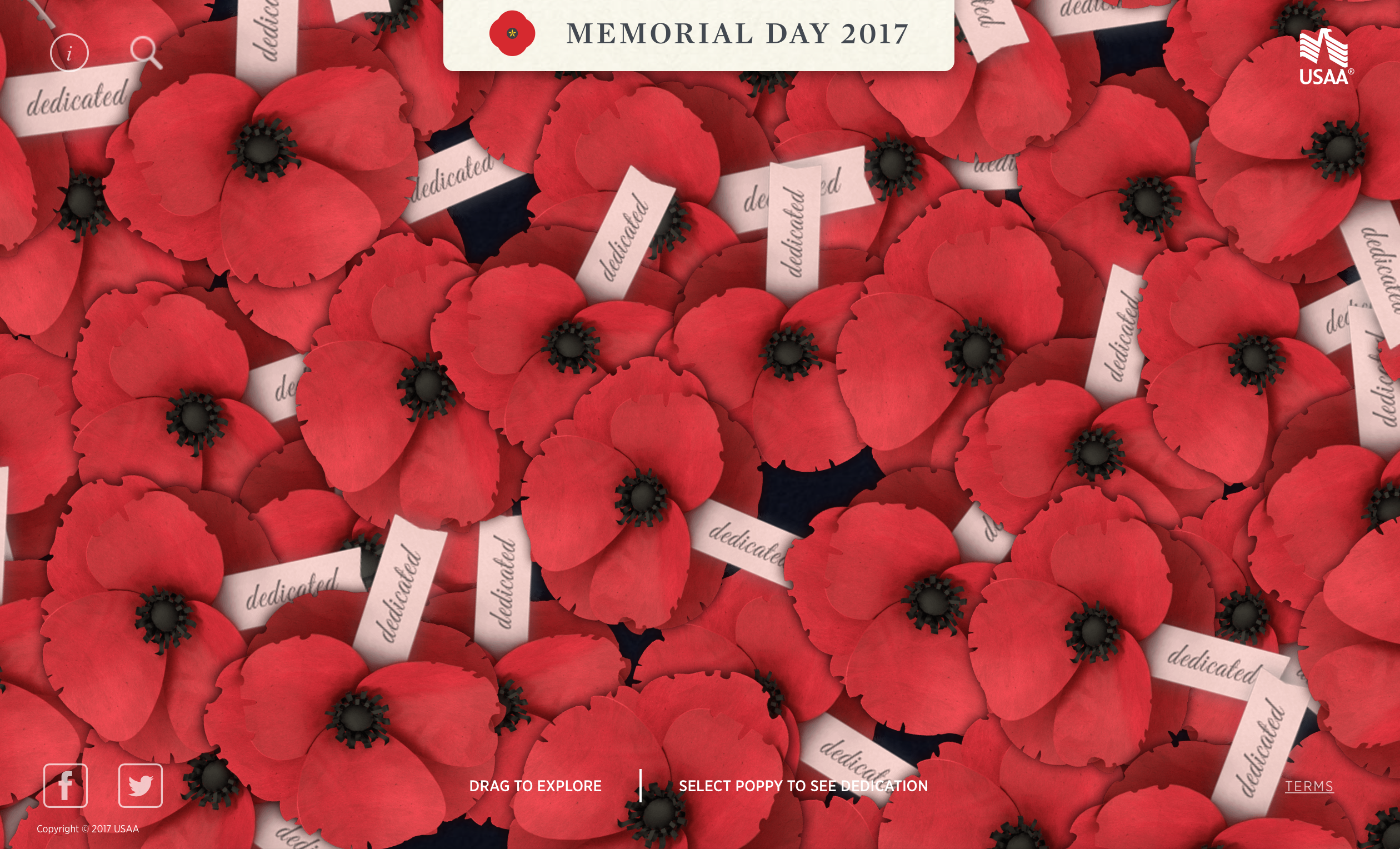 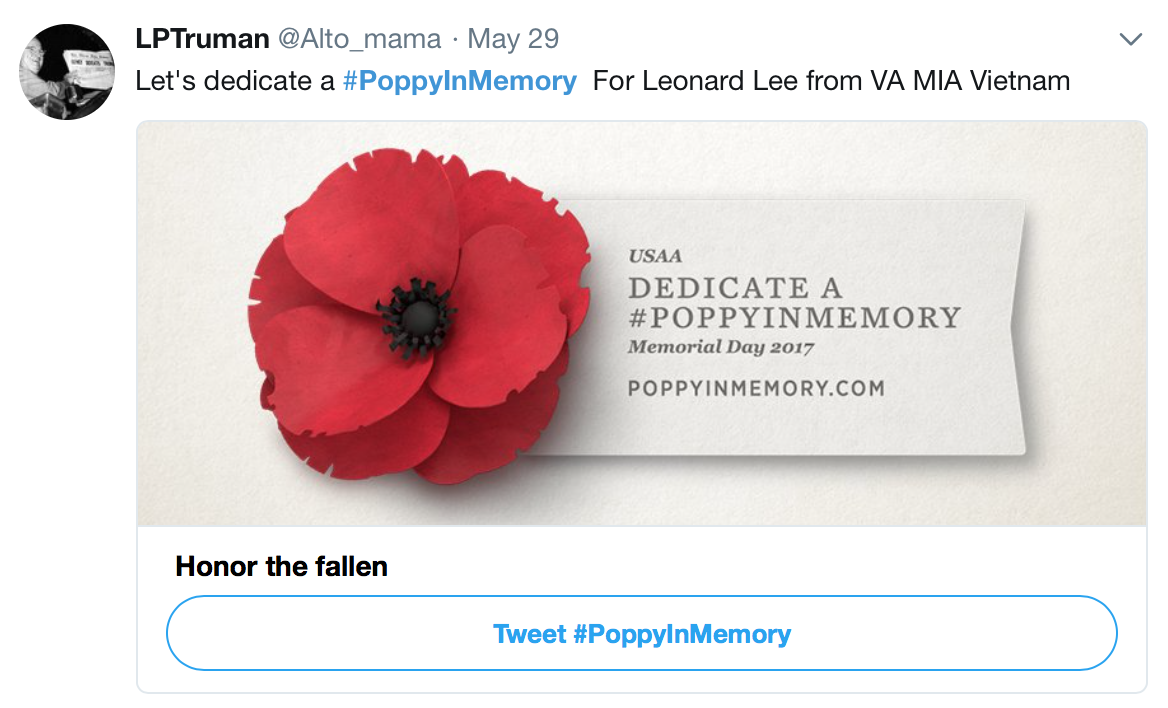 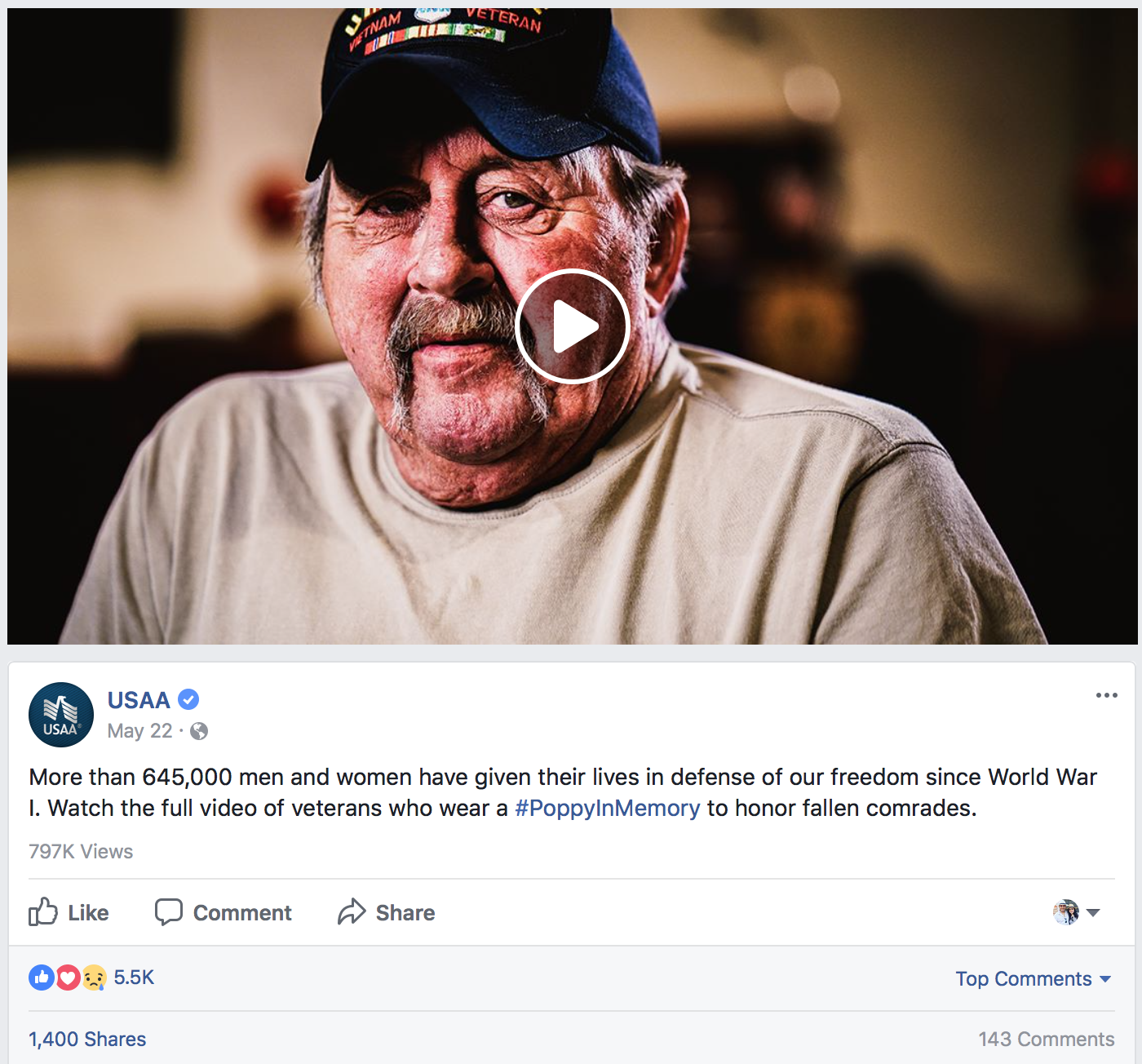