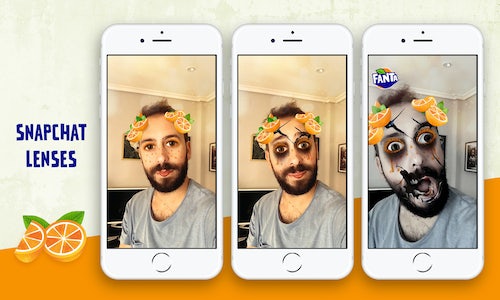 In 2017, Fanta was rebranded using a new visual identity, pack design and product formula to better connect with its target audience of 16-19 year olds and create an uplift in instant consumption pack sales. The core creative idea for this relaunch was to place the teen target audience at the centre of the brand, and encourage them to collaborate on its marketing and amplify the creative strategy that Fanta fuels collective (group) fun starting from the product. This collaboration was #FANTAxYOU, a UGC campaign idea where teens were encouraged to share ideas using their favourite social platforms.

Halloween was identified as a key cultural occasion to connect with teens and encourage collaboration, due to both its increasing popularity in Western Europe and it being the #1 teen calendar event for self-expression. Additionally, our creative strategy for Fanta also aligned perfectly with the spirit of Halloween; which fuels teens' desire to push limits and flirt with fear through spontaneous moments of collective fun.

So, we used Halloween as the inspiration for a digital campaign to both position Fanta as THE drink for this cultural occasion, and to meet the business objectives of increasing transactions in 2017 and in the longer term, forming a lasting association between occasion and brand. Success would be measured by sales uplift from the previous year and from engagement with the on-pack CTA and engagement with the digital content.

The creative idea for Halloween was this: Distort Reality. Teens and Fanta would collaborate to distort reality and prank the internet. By twisting seemingly ordinary Fanta content through distortions and glitches that were subtle to start with, Fanta played pranks that became creepier in the run up to Halloween.

This creative idea enabled Fanta to begin seeding the topic of Halloween in the months leading up to the event to create intrigue and prompt conversation without being perceived as irrelevant within teens' safe spaces. It also led the executional ideas of the Snapchat lens… this content would also begin as normal before transforming into something more strange and disturbing.

We created digital assets for social, web and e-commerce that pranked the internet to create awareness of and desire for the exclusive Fanta Halloween packs. All content produced reflected both the overarching creative strategy; that Fanta fuels collective fun starting from the product, and the campaign idea; that teens collaborate with Fanta to create its marketing.

London-based Artist Noma Bar was commissioned to create four spooky character designs for Fanta for use across different flavours packs. To help increase transactions of the Halloween packs, we included a Snapcode on the back of the product that unlocked exclusive Snapchat lens or filters.

We created five Snapchat lenses and five filters with the content changing daily to encourage repeat transactions through variable rewards. The content rotated for 90 days, from the start of September to the end of November, following the subtle-to-creepier content strategy. Markets also ran a Snapchat national lens and/or filter on October 31st, meaning that anyone with the Snapchat app could use this (and didn't have to unlock it from a pack), helping create additional reach and engagement.

Alongside the exclusive Snapchat content unlocked off-pack, we distorted some of Fanta's existing non-Halloween social content to show the Noma Bar designed packs for a split second to prank the internet and stimulate conversation. In the lead up to October 31st, these distortions became creepier, with the Halloween packs becoming increasingly prominent over time. This content was distributed using targeted paid media across Instagram, Facebook, Twitter and Snapchat. We also released a toolkit of Halloween-themed social content for all markets to activate.

We also created Halloween-themed content to pilot a Fanta 'Buy Now' button on Facebook in the UK, to investigate the audience propensity to click-through to the websites of six major retailers.

Fanta Halloween has become one of the most successful ever brand activations on Snapchat. A highly engaged teen audience of 25 million unique users interacted with the campaign, generating over 137 million impressions. More than 1.14 million on-pack Snapcodes were unlocked; the average engagement rate from swipe to use was 37%.

Snapchatters played with the creative for an average of 37 seconds each – which, according to Snapchat, was one of the highest averages they have ever seen, showing how engaged users were with the campaign.

The campaign resulted in a significant uplift in Y-O-Y sales in multiple markets within Western Europe.

"Halloween 2017 has been one of our most successful Fanta campaigns in Europe to date. Not only did we drive engagement with our core teen audience, but we successfully increased transactions and set the foundation for associating the occasion with the brand. We look forward to building on this success in the coming years."

Video for Taking over Halloween 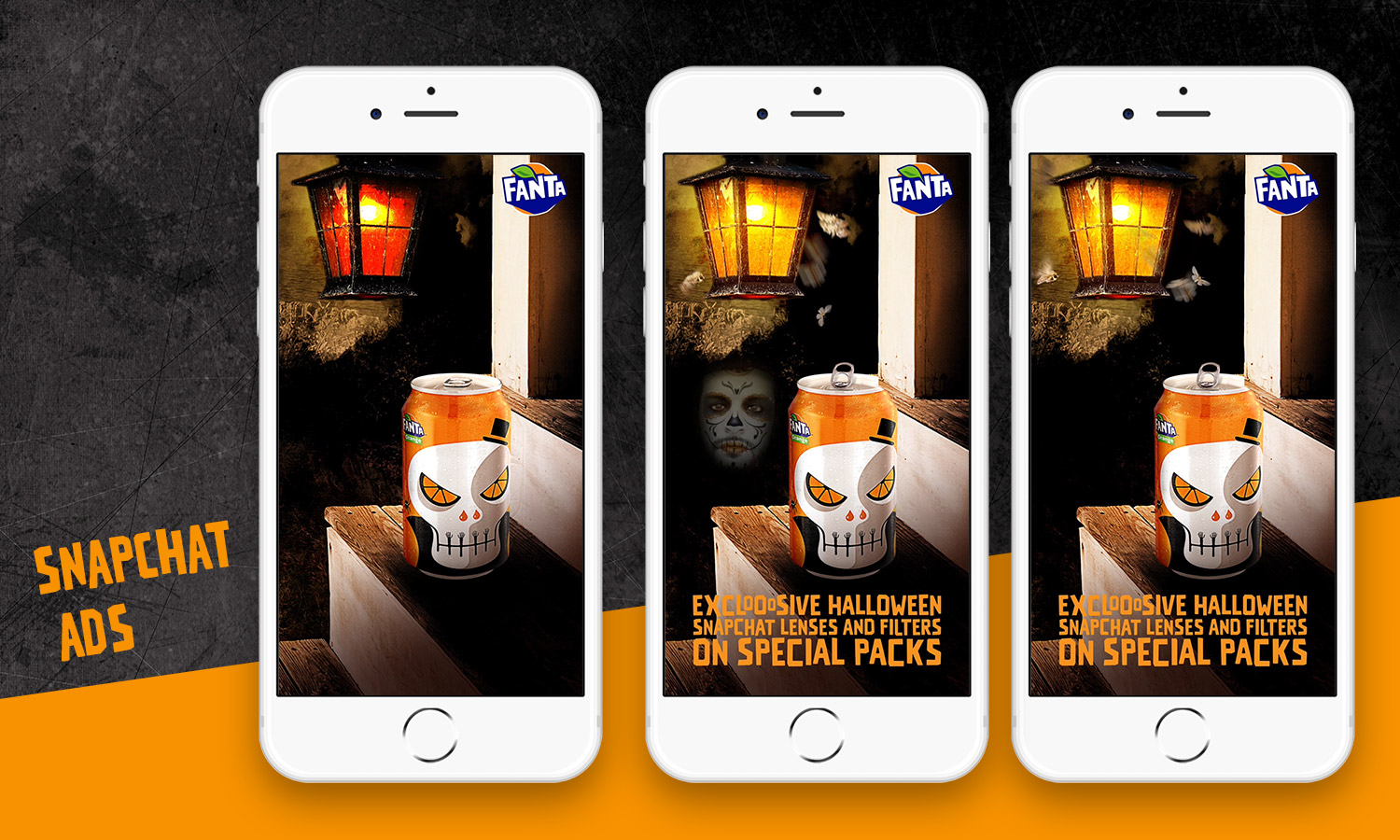 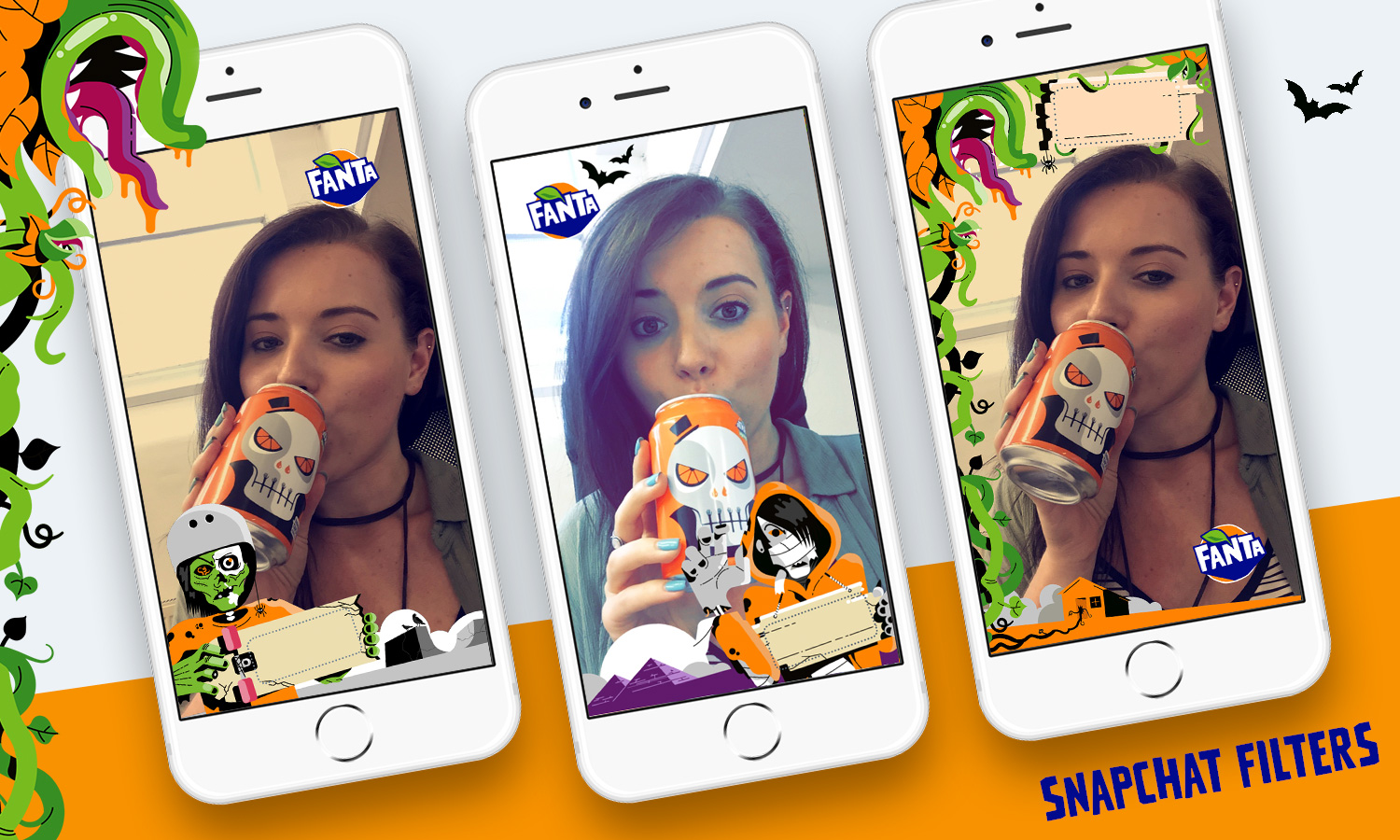 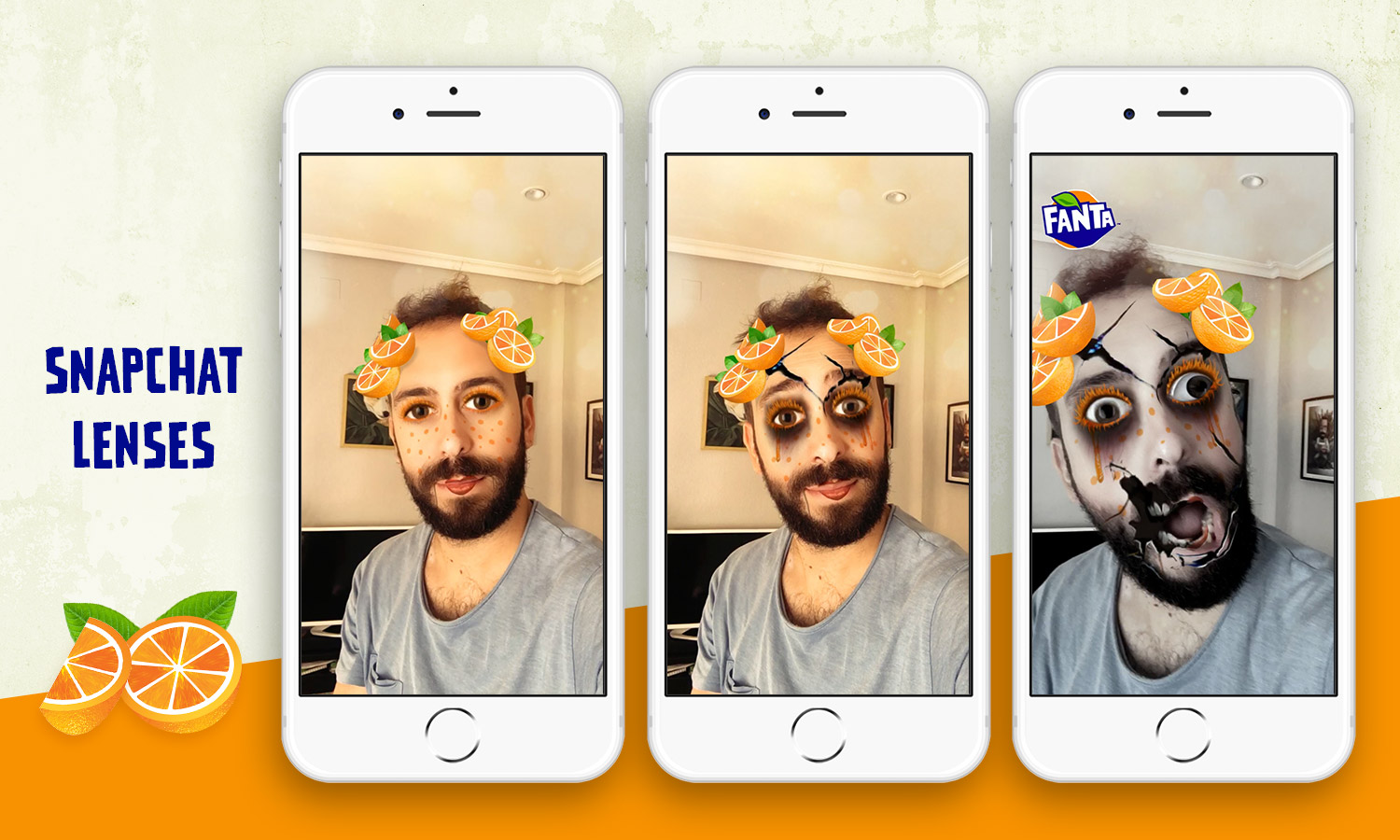 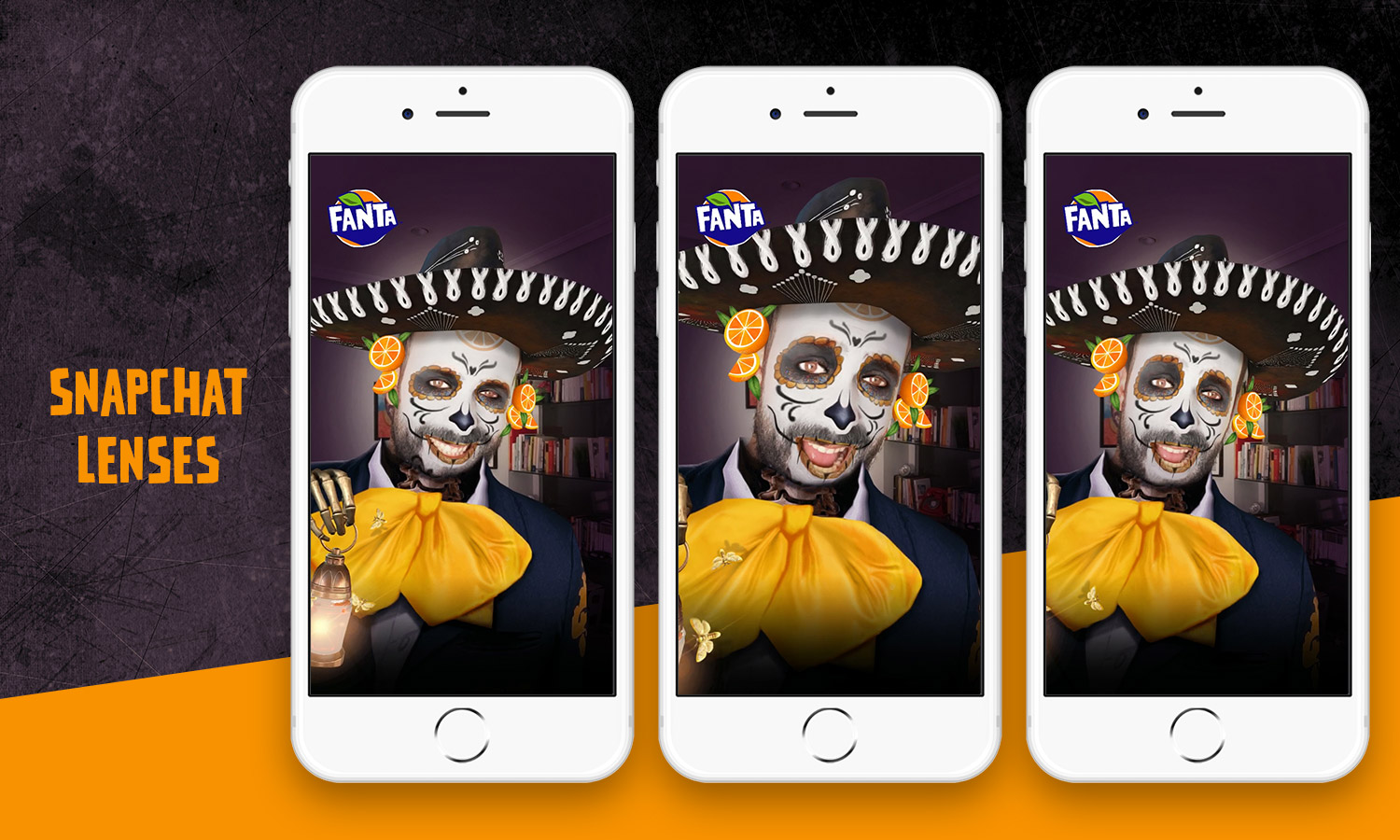 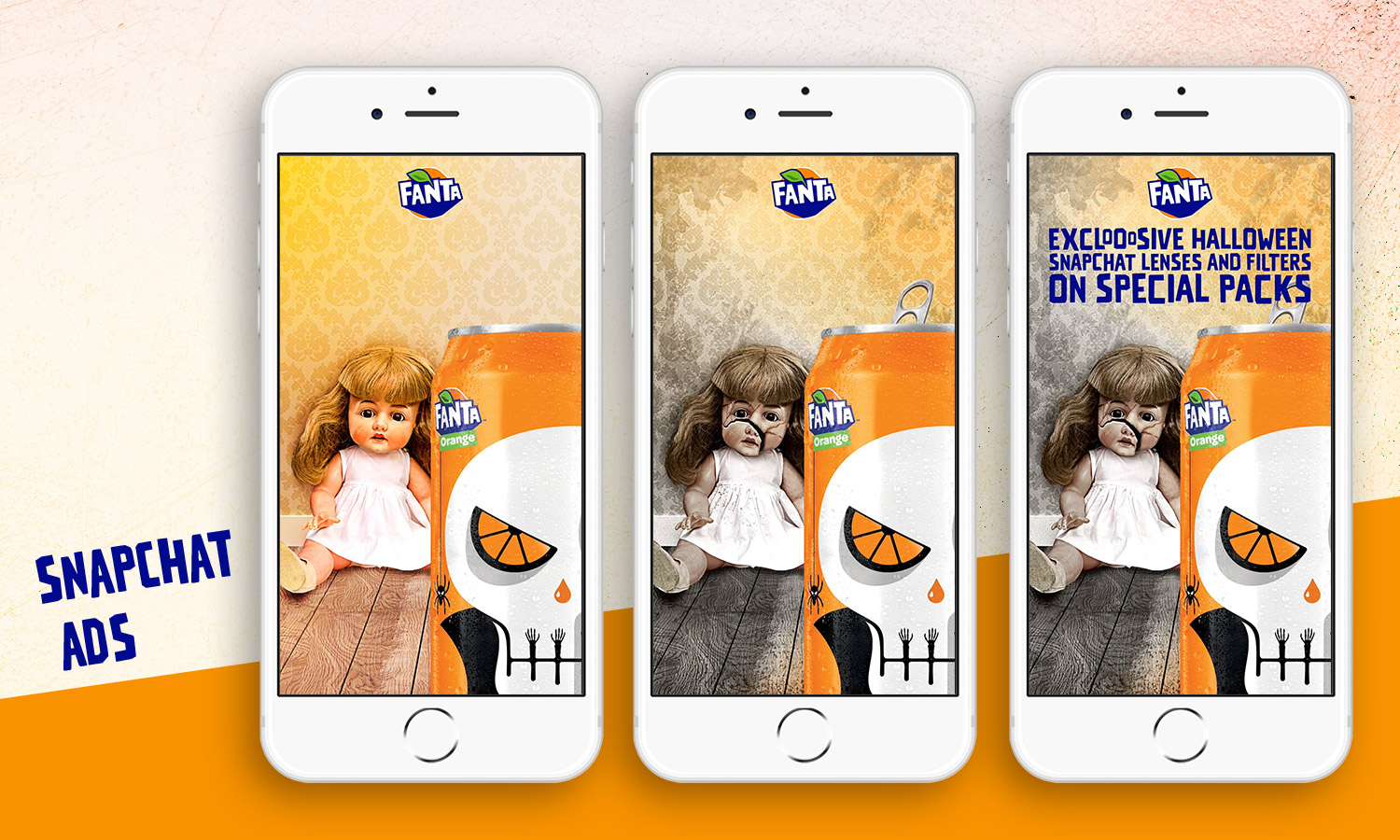