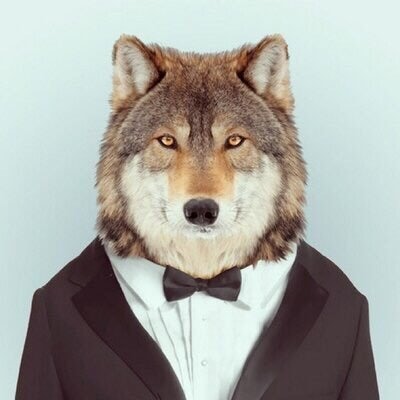 About NOT A WOLF

Fans of NOT A WOLF on Twitter and Facebook might be disappointed to find out that the hilarious posts are from comedian Dan Sheehan and not actually from a wolf with a love of caps lock. Dan’s sly jokes—from the point-of-view of a wolf in man’s clothing—cover everything from pop culture to politics and, of course, wolves. He keeps his 105K+ Twitter followers howling, commenting on things like the awful treatment of wolves in comparison to Nazis in 2017, or the way Mercury being in retrograde is just an excuse for a friend “DOING SOMETHING DUMB.” Dan also broke away from the Twitter pack with a comedy podcast titled We Still Like You that, depending on your attitude towards scavenging feral canines, either fortunately or unfortunately doesn’t involve wolves.

NOT A WOLF's best work on social