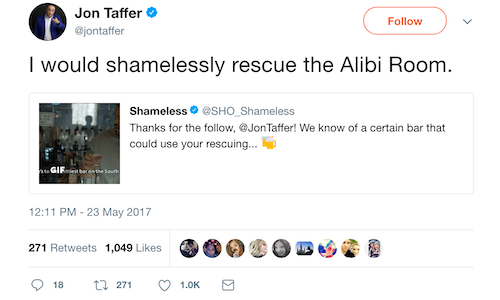 It started with 'a follow'. Last May, when Bar Rescue host Jon Taffer followed Shameless' twitter account, Showtime saw an opportunity. Taffer's show fixes up bar's that are being mismanaged and for eight seasons, Shameless has featured the 'diviest' bar on the South Side of Chicago -- The Alibi. Seeing an opportunity to connect the two story-worlds, Showtime pitched an in-character transmedia extension that would ignite the two fan bases and provide our insatiable Shameless fans some hilarious canon-approved story to tide them over before the show's return.

When opportunity knocked in the form of a Twitter follow from Bar Rescue host, Jon Taffer, Showtime answered! Having celebrity fans is not uncommon for Shameless but because of the subject matter alignment (Taffer's show centers on giving managerial advice to bars in danger or closing) Showtime knew that we had the opportunity to swing big and cross-over the two shows in a canon-approved format. We cross referenced the two series pages with Facebook Audience Insights, saw that there were approximately 60k fans that overlapped, and knew we were pursuing something that would resonate with both fan bases. Showtime came up with a rough concept, pitched it to the Shameless writers, actors and Jon Taffer himself! What ensued is a hilarious webisode that brings the two story-worlds together and delighted fans.

Our KPI's for a project like this were video views and fan-engagement and we delivered both tasks. Across platform we received over 4.2 Million views of the video and received 83k engagements (comments + shares + likes/reactions) on Facebook alone. 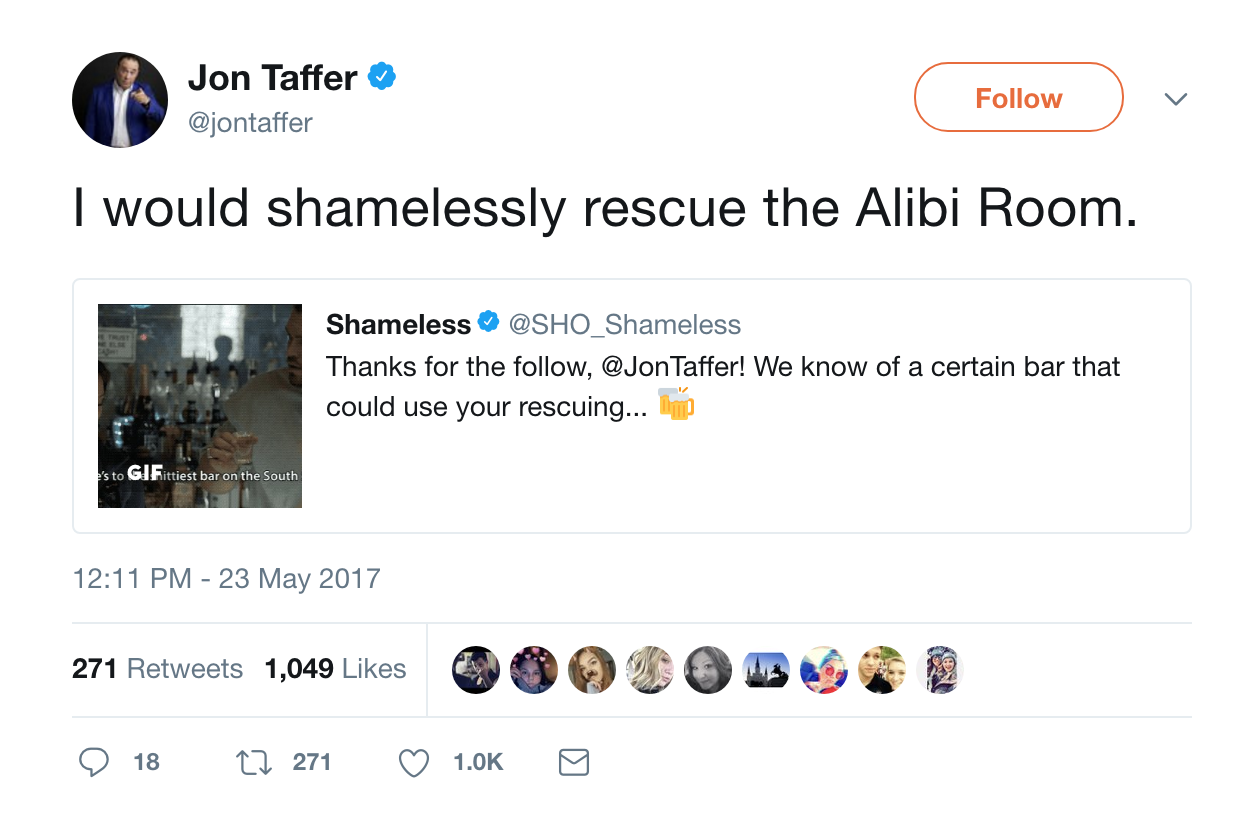 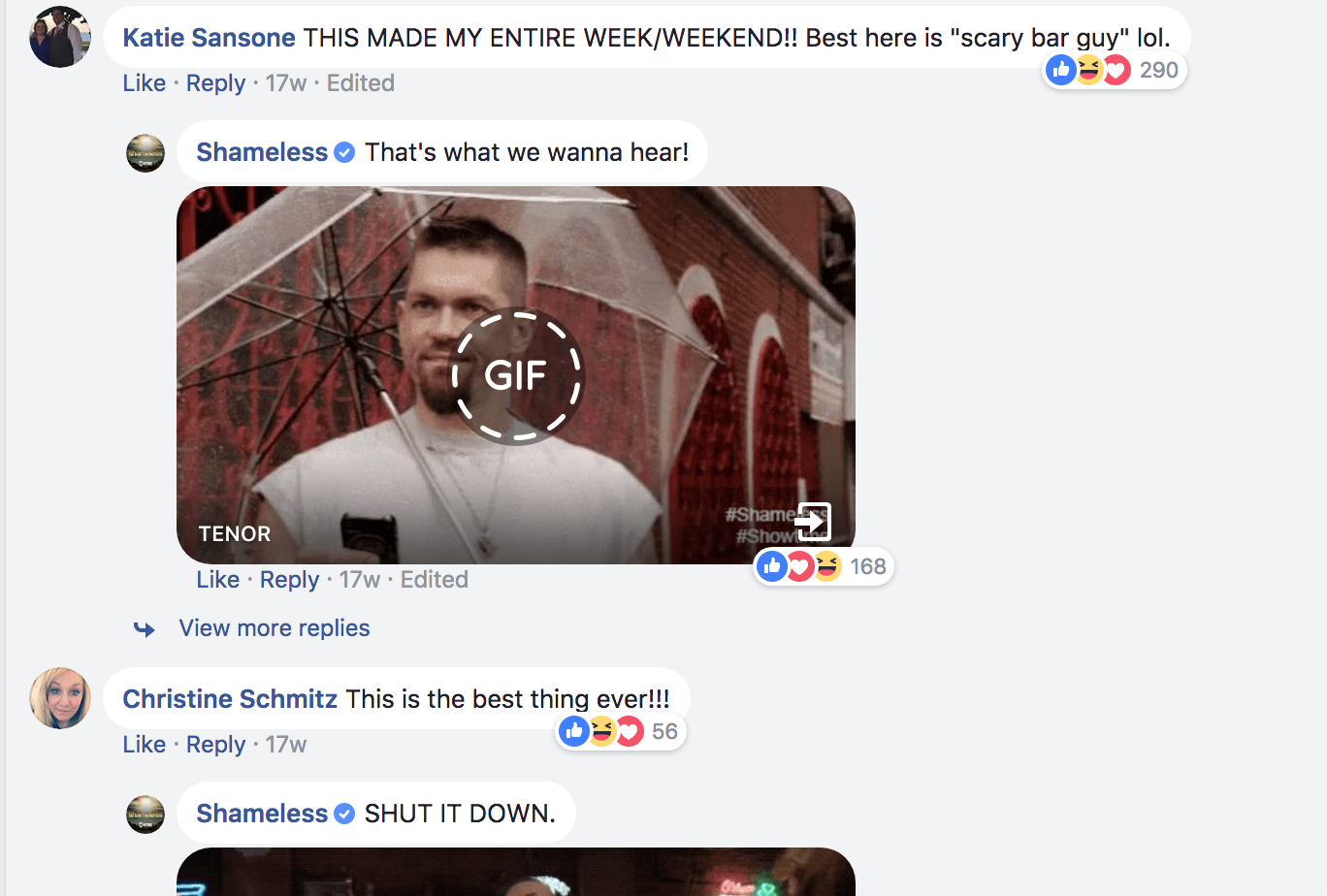 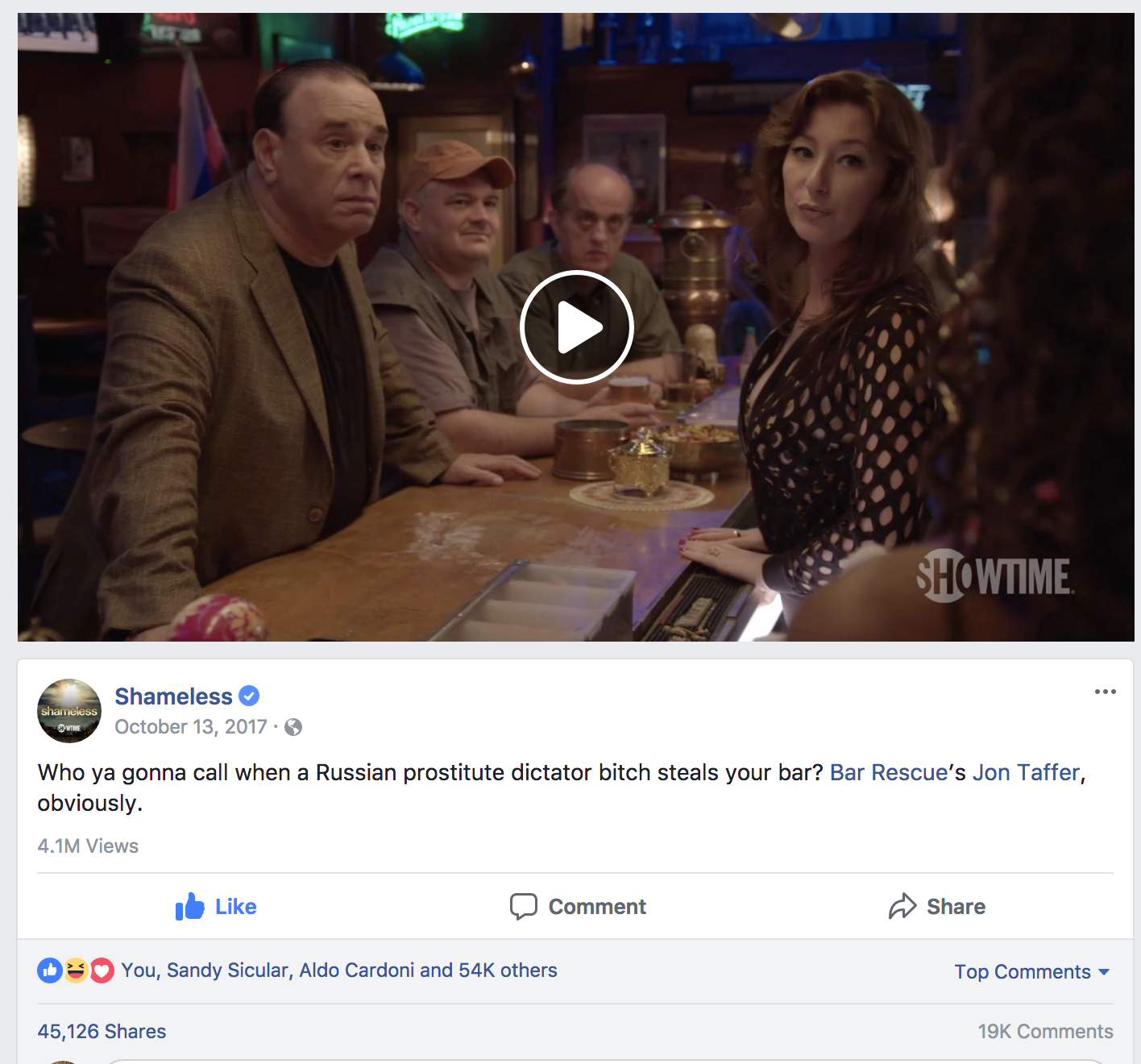