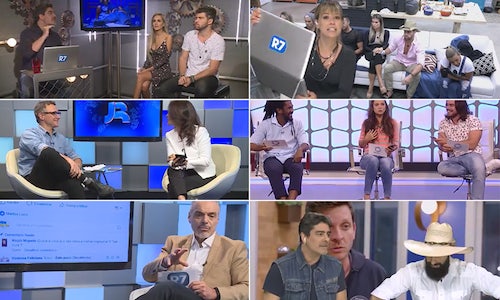 We already competed on the FB Live category last year – and our work wasn't good enough to win yet. But we've been doing a great job so far on FB Live. So what were we missing? We had the mission of rethinking our entire digital project on the beginning of 2017.

Our job in the previous year was good, but it was only appealing when we considered the whole broadcaster digital project plus our news outlet, Portal R7, which is huge on Facebook. This time, our idea was to put our efforts on RecordTV alone, creating the best presence for a TV station that we could have.

To accomplish our goals, the idea was to create, somehow, a schedule for FB Live. The same thinking process we have on TV would not be enough: it should make sense for our digital audience, giving them spin-offs, extra content about our TV shows.

Our project's flagship certainly is the FB Live broadcasts linked to our reality shows - for its numbers as well. Our strategy was about going Live at night, during Tuesday and Thursday episodes, simultaneously with the TV (a broadcast that went before, during and after the show). For those two are key dates on our shows. And on Friday, at lunchtime, we also went live, now with the eliminated contestant for an exclusive chat, where he/she would answer questions from the audience.

We did that on a studio built exclusively for FB Live broadcasts. For Power Couple (a celebrity couple competition) and Dancing Brasil (Dancing With The Stars Brazil), we would use the studio's structure, with an exclusive scenery for each of them. For A Casa (Brazilian version of Get the F*ck Out of My House, where a hundred people try to survive in a house built for 5) and A Fazenda (The Farm, a show which almost gave as a Shorty already), we went with chroma key, making it more dynamic and targeting a younger audience.

For our dramaturgy, we created NoveLive – “novela" + Live. Each week, three actors sat in a studio and went live on Facebook, talking exclusively to our fan base about their characters, plot, next chapters and such. Think about Talking Dead, or After the Throne, but with no host (the interviewer, in this case, is the public), and not on TV (in this case, social-oriented again, on Facebook). We did it across four soap operas already: A Terra Prometida, Belaventura, O Rico E Lázaro, and Apocalipse.

Journalism, one of our core business, got its own attention as well. Adriana Araujo, the anchor of our prime time news show, went live on FB every Monday, alongside a reporter, a producer, director or any member of the staff, to talk about the most important long-form story of the week.

Our daily variety show, Hoje em Dia, has regular guests. Antonio Sproesser, a doctor, has a segment once in a week. After the show, he immediately went live on Facebook, at Hoje em Dia's fanpage, to answer some questions about health and the theme of the week on TV. The same goes with Celso Russomanno, renowned journalist and congressman, focused on consumers right.

The schedule, of course, did not prevent us of doing mobile random broadcasts, whenever something interesting came up within our hallways.

The results were incredible, way above our expectations. Power Couple, with its quarter of a million followers on Facebook, had 5.6 MM views on its 20 broadcasts (283K on average). Never bellow 6 digits, with a spike of 545K on the finale.

And A Fazenda is still going while this is being written. But the pattern is the same: we had 25 lives so far, with 4.6 MM views (185K on average). The host is always a celebrity here – for Power Couple and A Casa, Junno Andrade, actor and singer. And for A Fazenda, Marcela Tavares, a vlogger with a gigantic fan base.

NoveLive is also a huge success for us. We had 27 editions so far, with a total of 3.1 MM views (average of 115K), keeping our average always above six digits. Exclusive content, with a lot of engagement. The format is so good that we had the same success amongst 4 different soap operas.

The strategy also had a direct impact on the Facebook pages: Power Couple's engagement, for example, is almost non-existent during the year. When we started the FB Live broadcasts, it peaked to 1.5 MM people. And so it goes for every page. Such that the FB Live broadcasts became a permanent part of our digital strategies, for any product that may be released! 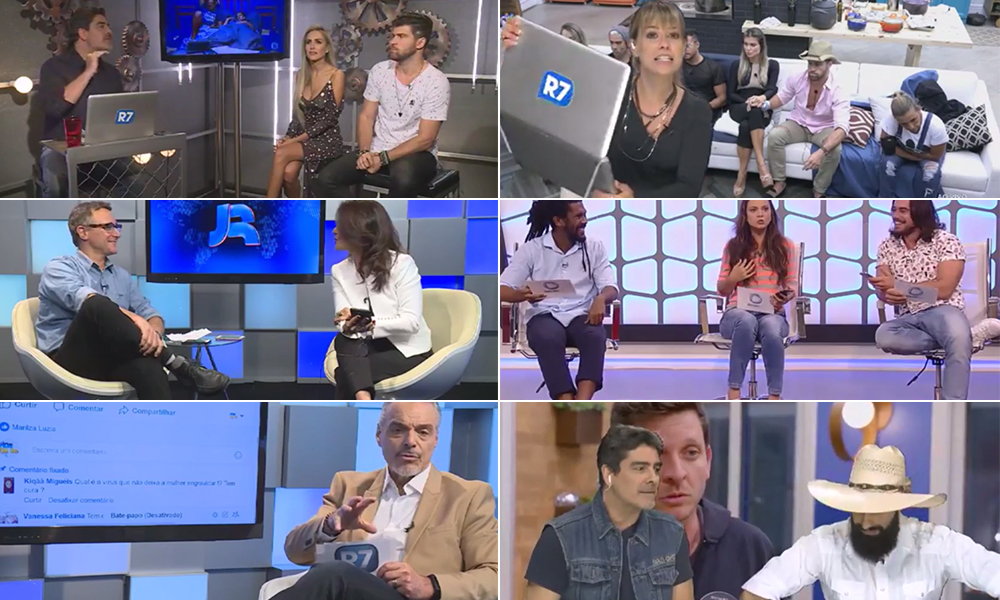