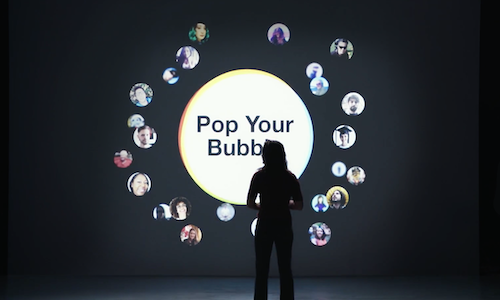 Pop Your Bubble: The Anti-Algorithm

Winner in Social Media Tool, Creative use of Technology

In 2017, America was deeply divided. Social media was supposed to be connecting us, but many people were only seeing content from like-minded individuals in their news feeds. This phenomenon was actively driving people with different perspectives even further apart from one another.

The KIND Foundation exists to foster kinder, more empathetic communities, so instead of just talking about the problem, we created a solution: Pop Your Bubble, a social experiment & tool that connected users to people outside their typical world views.

The secret was our "anti-algorithm" — rather than showing users more of what they already liked, we matched them with people who were most different from them. By connecting strangers based on their differences, we started countless new conversations, helping people across the country pop their social media bubbles.

Pop Your Bubble was a social experiment conducted in multiple parts.

First we exposed the problem, showing ten participants the surprisingly skewed makeup of their political bubbles. After they realized how deeply they were affected by this issue, we challenged them to pop their social media bubbles, documenting their reactions in a film.

Next we gave the whole nation a chance to fix their news feeds. We built a custom "anti-algorithm" that analyzed users' Facebook profiles (age, location, likes, shares, etc.) to find strangers that were the most different from them, and made it easy to follow those people on Facebook. Once users had added ten strangers, they "popped their bubble" and shared the news with their friends.

After popping, the user's Facebook feeds would be populated with thoughts, opinions, and daily life updates dramatically different than the ones they were used to seeing. The internet would never be the same.

But most importantly, within the same time period, users established over 40,000 new relationships. This furthered the KIND Foundation's mission to connect people from all walks of life, one conversation at a time.

Video for Pop Your Bubble: The Anti-Algorithm 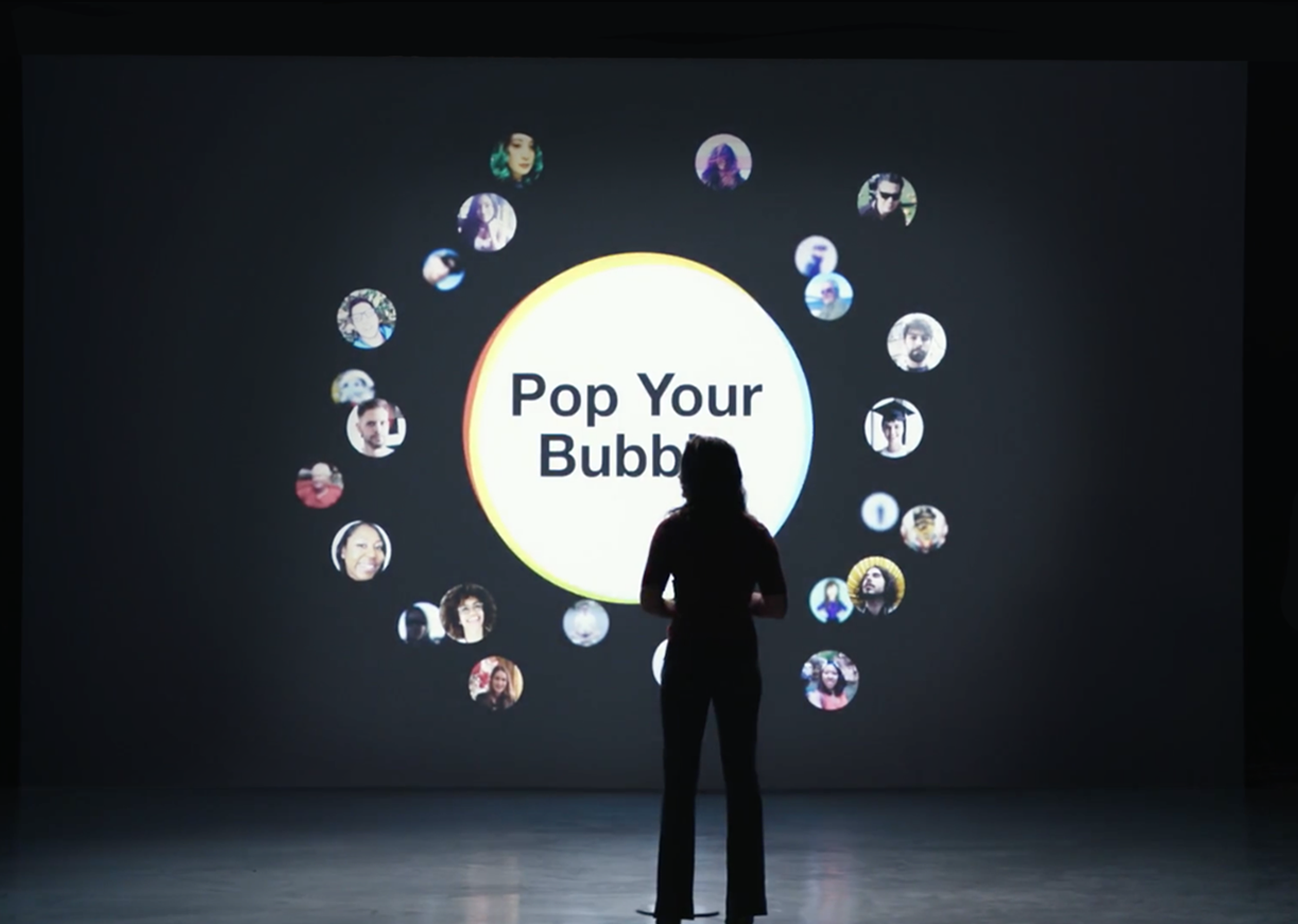 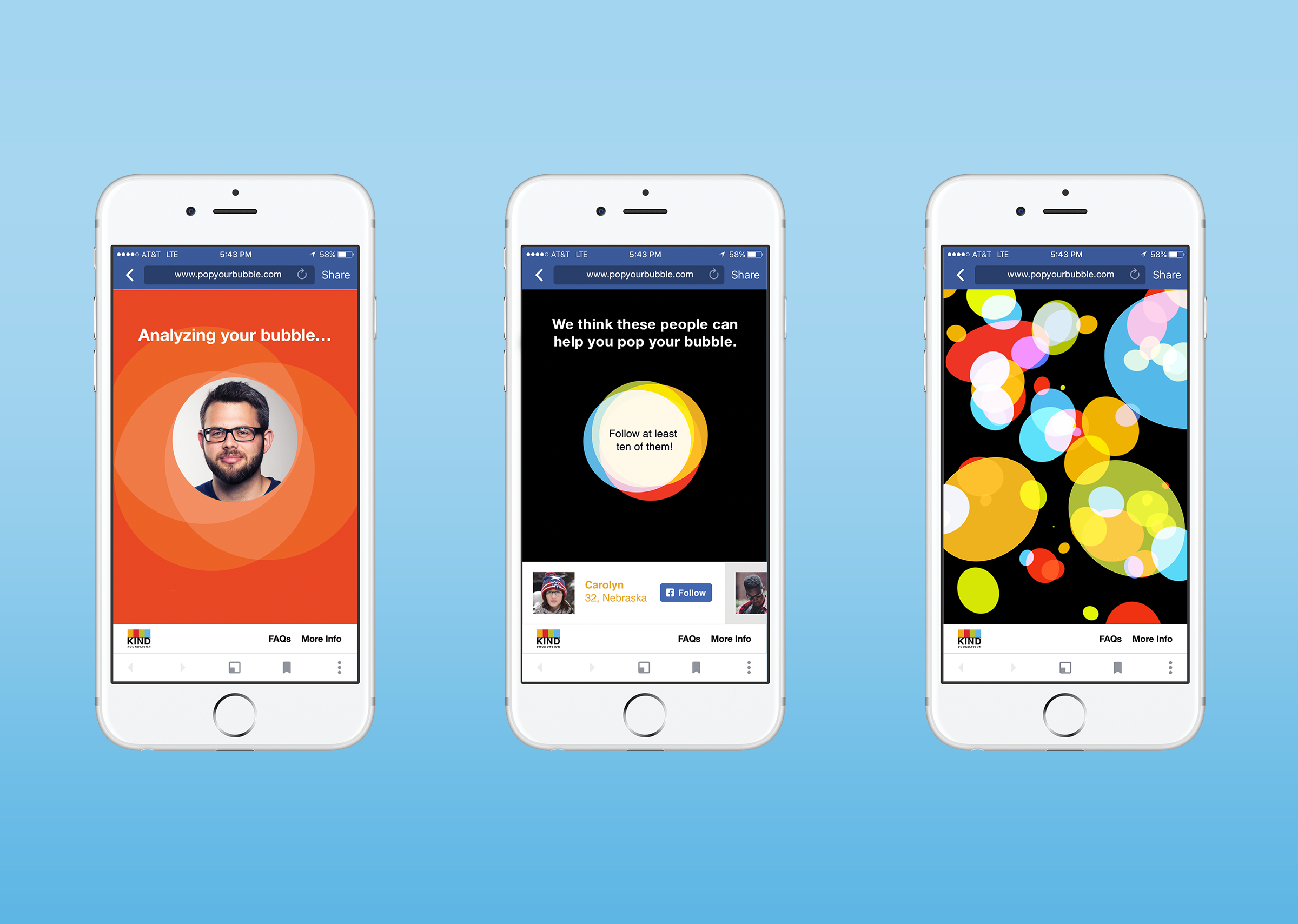 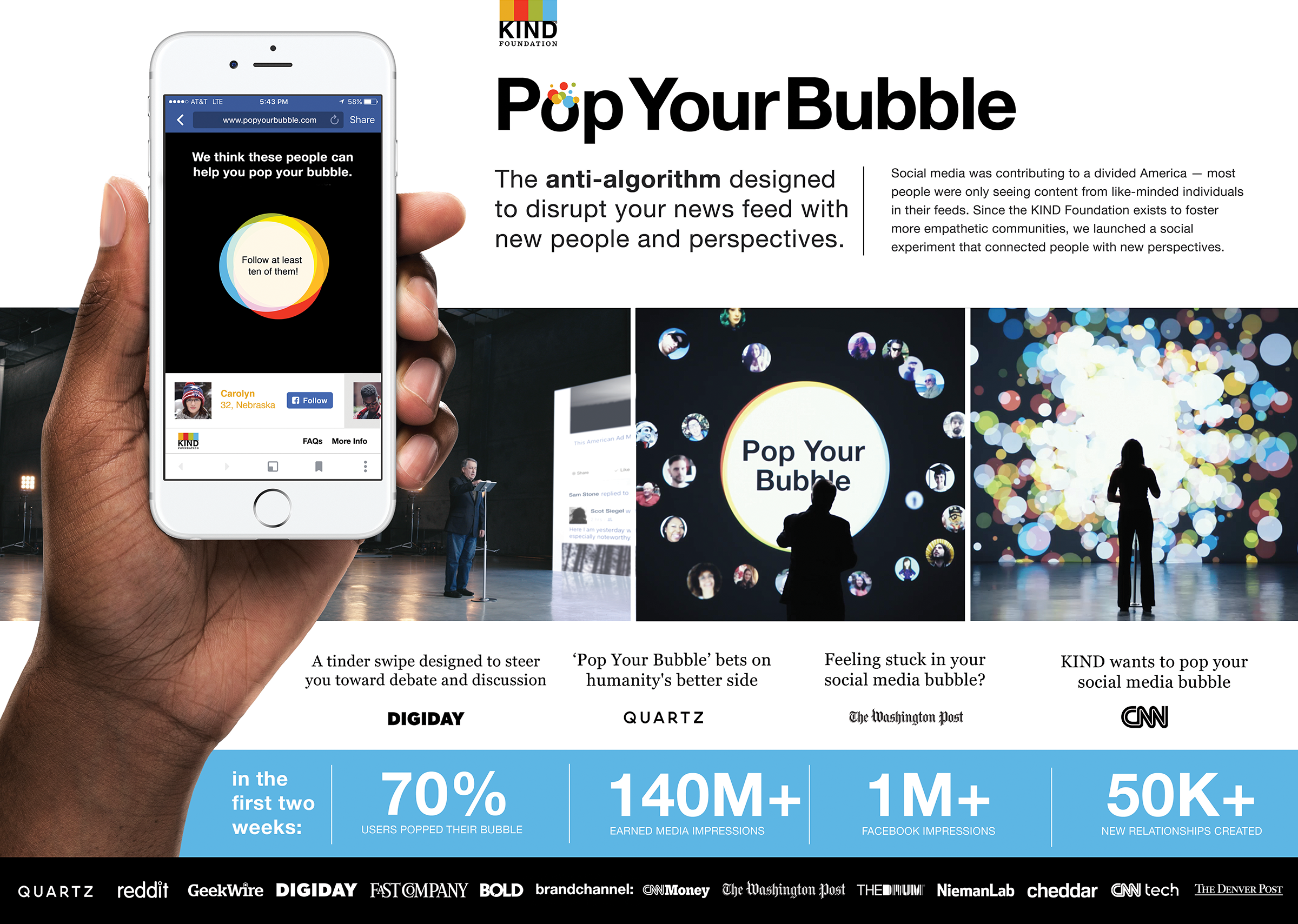 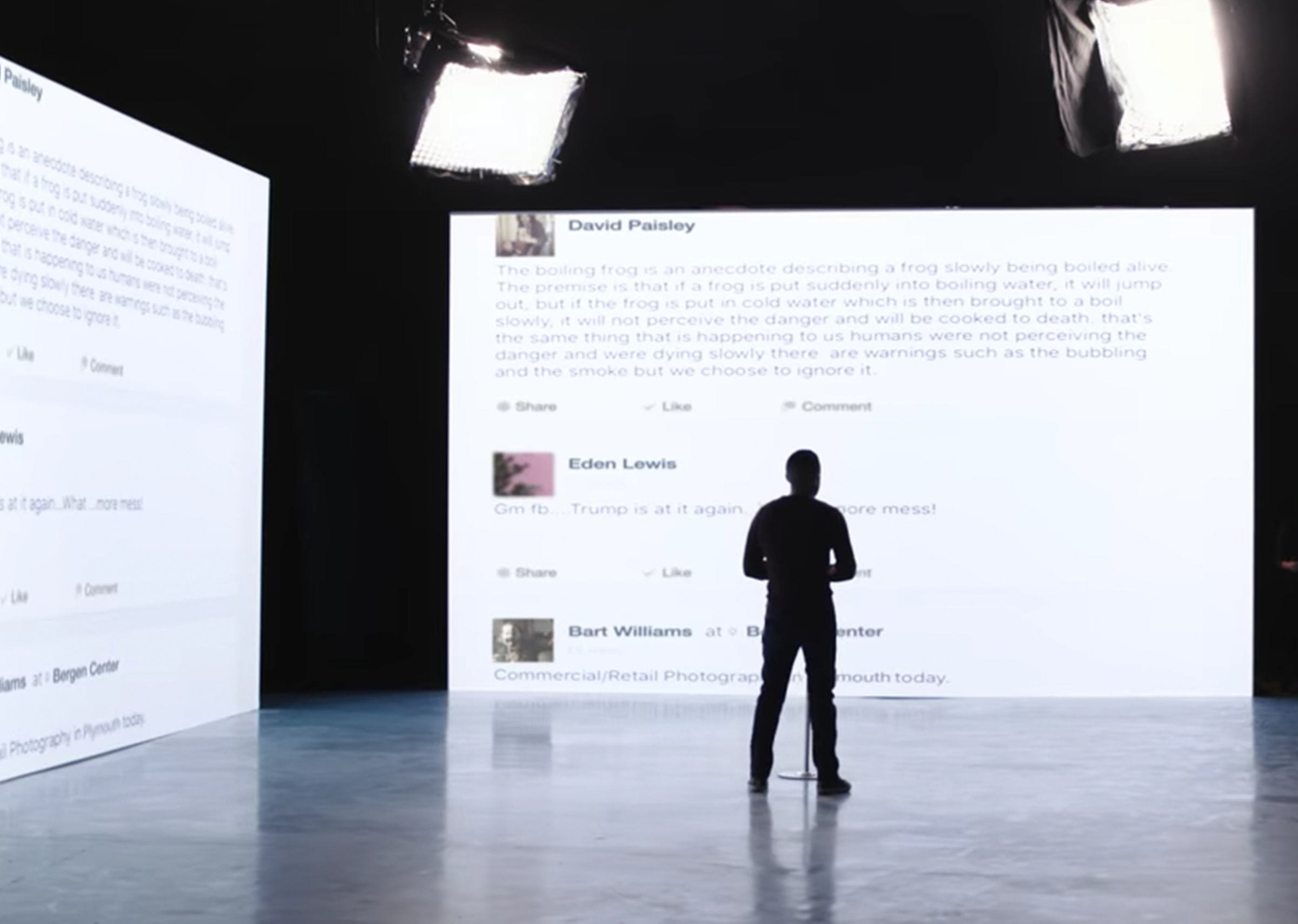 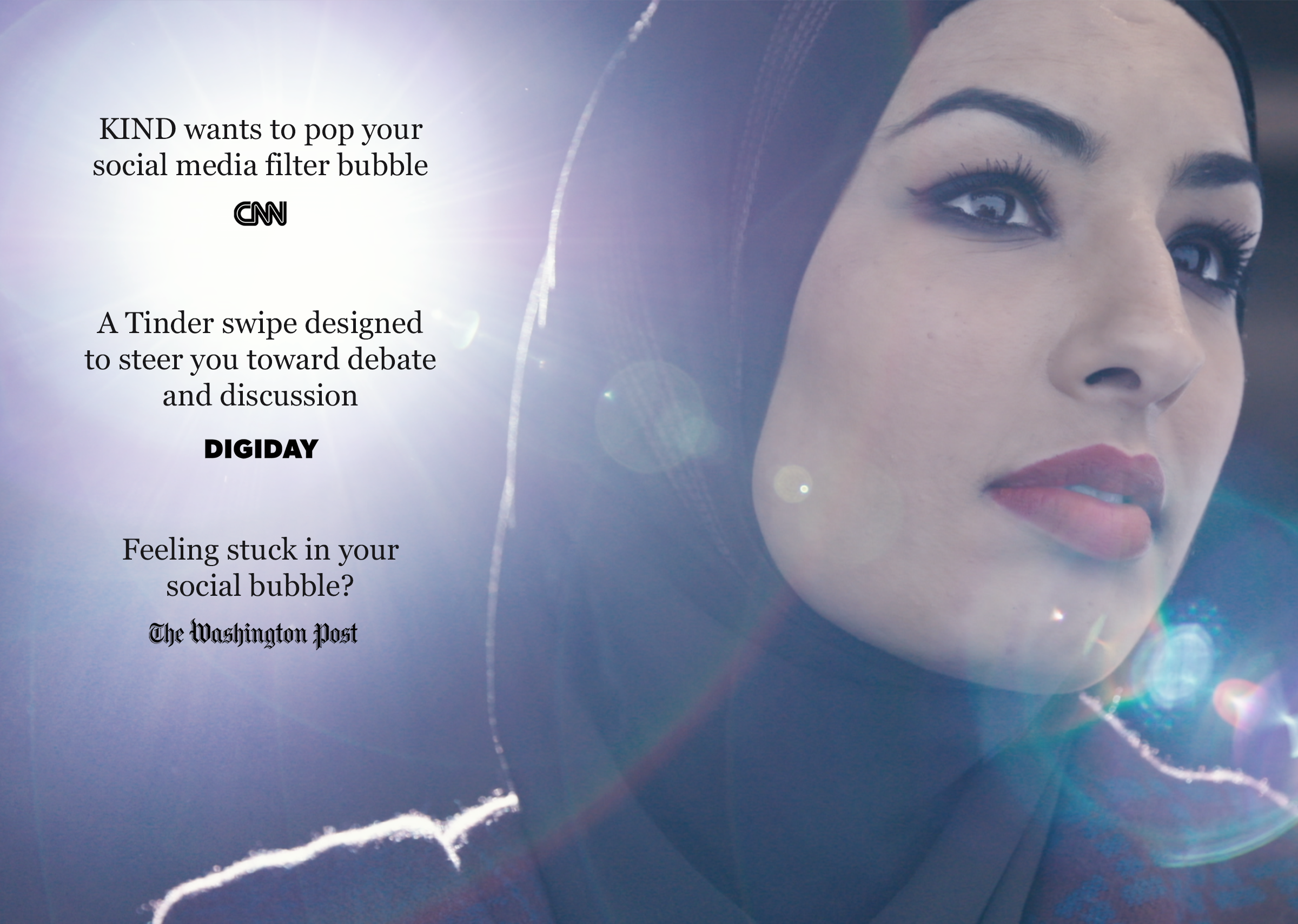