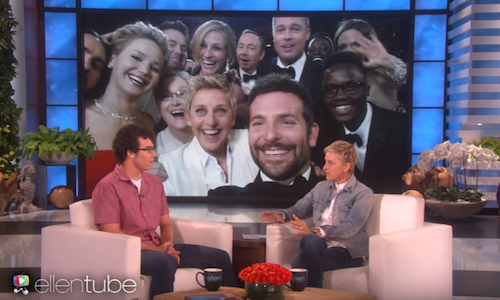 Wendy's enjoys a reputation for engaging its audience on social media, where the brand employs the quick wit and pop culture sensibilities that appeal to the Millennial target audience. So, the social media team was already on the job when U.S. teenager Carter Wilkerson tweeted Wendy's Twitter handle to ask how many retweets he would need to get a free year's supply of chicken nuggets.

Within a minute, Wendy's replied with the seemingly impossible task: "18 million." That became our launch point for an integrated campaign, fueling Wilkerson's quest and organically driving the biggest retweet in Twitter history.

The #NuggsforCarter campaign began with U.S. teenager Carter Wilkerson tweeting Wendy's to ask how many retweets he'd need to generate to get a year's supply of chicken nuggets. Our social media team's off-the-cuff reply: "18 million." In just 48 hours, Carter amasses 1 million retweets. The kid was serious. That's when we decided to move the goalposts: instead of the clearly impossible 18 million, could an unknown teen actually topple the retweet world record: TV talk show host Ellen DeGeneres' celebrity-loaded Oscar selfie, standing at 3.2 million?

Our 100% organic earned media campaign was built on the witty and spirited engagement that sparked the Twitter exchange in the first place. An important factor in our health brand scores is the metric "Wendy's is a brand for people like me." Our voice needs to be familiar and our interactions need to be authentic if we want them to be shared on our behalf. So, we responded to Carter as one of his friends might; issuing a challenge with a wink and a smile.

While social media often takes on a life of its own, we recognized a story worth breaking out into mainstream media, and directed outreach to platforms that would deliver organic, unfolding and guaranteed feel-good coverage. We bolstered the good vibe by bringing in a charity to benefit from the #NuggsforCarter publicity.

But most importantly, it was our direct outreach to Ellen DeGeneres that kicked #NuggsforCarter into another gear. It was, after all, the host of "Ellen" who owned the Twitter record Carter Wilkerson hoped to break — a 2014 selfie taken live at the Academy Awards and jammed-packed with such celebrities as Bradley Cooper, Meryl Streep, Jennifer Lawrence, Julia Roberts and Brad Pitt. Now Ellen's record was suddenly threatened by an unknown teenager wanting chicken nuggets.

The earned media team took the question directly to "Ellen," and launched perhaps the most likeable Twitter feud in history. Convincing Ellen – a vegan no less – to take the #NuggsforCarter campaign personally wasn't easy, especially since we weren't offering a paid integration. But she took the challenge, recognizing the entertainment value of defending her Twitter record. She even enlisted actor and selfie photographer of the record tweet, Bradley Cooper, to take her plea to the nation.

With Ellen pulling out the big guns, we upped the ante – and the news media story – by pledging $100,000 to Wendy's charity of choice, the Dave Thomas Foundation for Adoption, if Carter broke the record. Additionally, we secured the TODAY show to feature this fun feud on its "Orange Room" segment, which in turn pushed Ellen over the edge, inviting Carter to appear on her show.

Carter appears on "Ellen" – her third show on the topic – where he tells the world, "Honestly, I just want chicken nuggets."

Cascading publicity makes #NuggsforCarter one of the hottest trending stories in the entire media landscape in the spring of 2017.

How far can a brand travel on a single Tweet?

On May 9, 2017, Carter's tweet about Wendy's chicken nuggets officially beat Ellen's Oscar selfie, going on to earn 3.6+ million retweets — the most in Twitter history.

That spawned another wave of global media coverage, interviews, congratulatory tweets and social conversation for Wendy's.

There were more than 5 million online mentions of Carter's quest for Wendy's nuggets, organically boosting conversation mentioning Wendy's by 376 percent year over the previous year.

Wendy's donated $100,000 in Carter's name to the Dave Thomas Foundation for Adoption — which enjoyed a 9 percent increase in its own Twitter engagement. 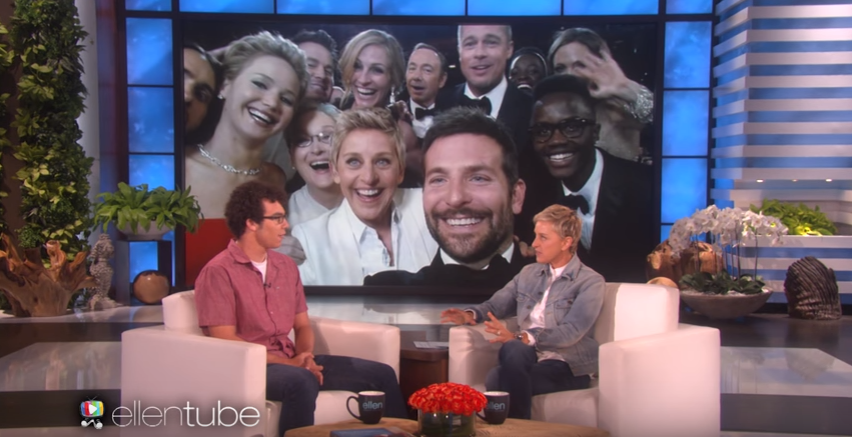 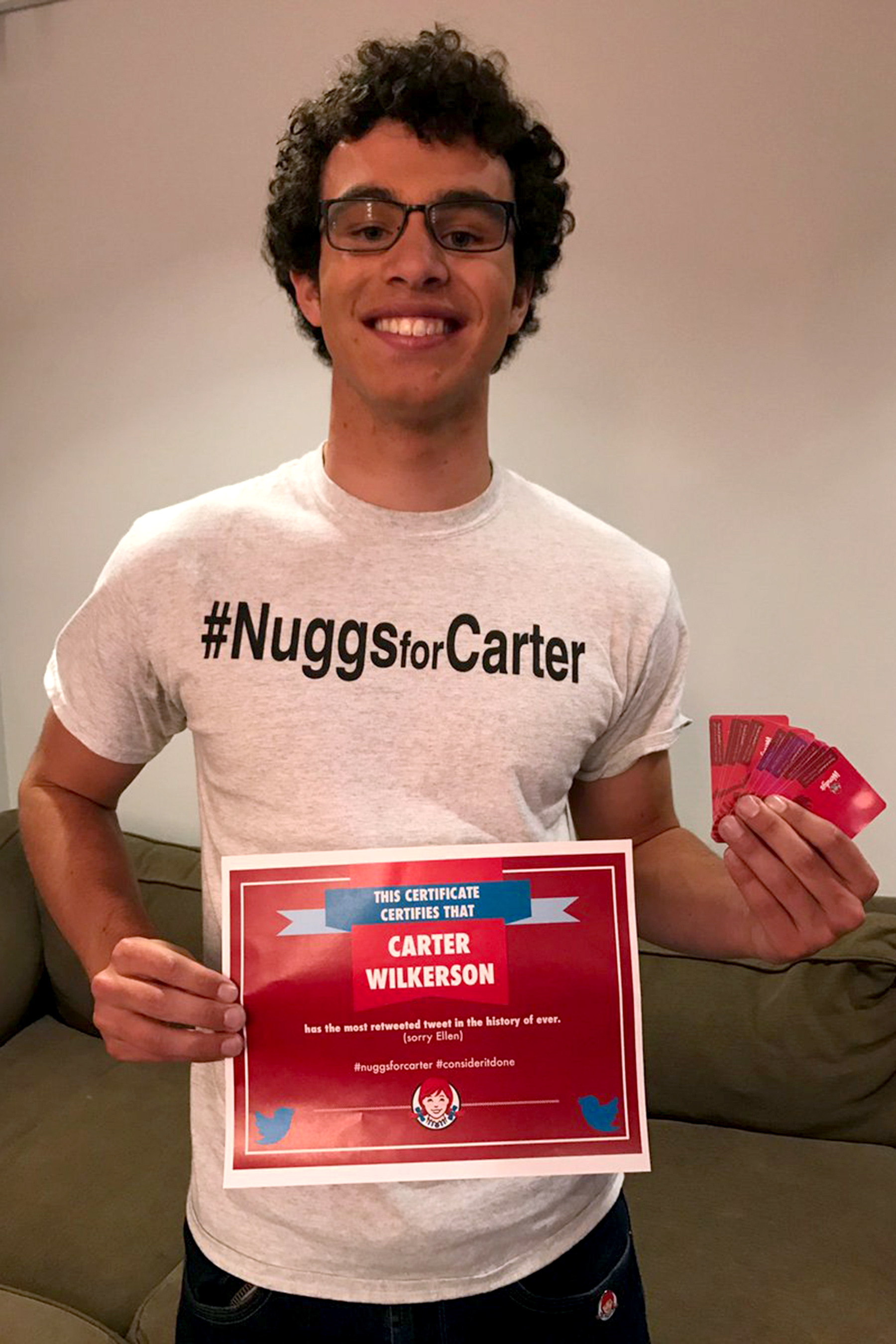