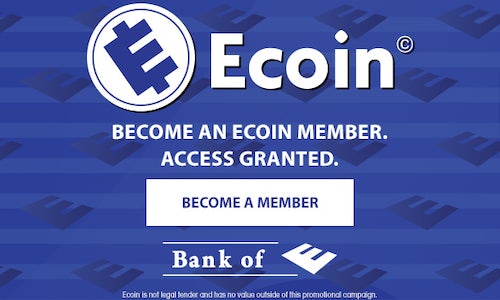 Bronze Distinction in Creative use of Technology

USA Network's award-winning series Mr. Robot has become a cultural phenomenon, resonating with fans worldwide through its incredibly timely and relevant themes and storylines. The series follows a mysterious, anarchic hacker collective, fsociety, in their fight against income inequality and corporate greed. In season_1.0, fsociety makes history by executing a hack that cancels all consumer debt by destroying the data of one of the world's largest corporations, the evil corporate entity known as E Corp. Throughout season_2.0, viewers witness how this hack—referred to as "5/9," the day on which the hack occurred—throws the world into chaos and by the end of the season, viewers learn that E Corp has developed a new financial product, a crypto-currency called Ecoin, which viewers are led to believe may one day replace the US dollar.

To bridge the gap between the show's second and third seasons, USA Network brought Ecoin to life, allowing the Mr. Robot narrative to extend beyond the linear broadcast and unfold into the real world across multiple platforms. USA Network's goal was to turn the fictional Ecoin into an actual functioning crypto-currency in the real world, while also using immersive theater along with digital and social media to blur the lines between fiction and reality, allowing fans to truly feel like they were a part of Mr. Robot's post 5/9 world. This innovative, multi-platform initiative would not only engage audiences prior to Mr. Robot's season_3.0 return, but also sustain fan excitement and participation throughout the entire new season.

Prior to 2017's San Diego Comic Con, Mr. Robot superfans received an email from E Corp, alerting them that "Bank of E" would be piloting it's crypto-currency, Ecoin, in the San Diego area in July. Once SDCC officially began, fans could visit a storefront in Downtown San Diego transformed by USA into a Bank of E branch, where they could enroll in Ecoin accounts via a custom Ecoin.com website. The Ecoin platform also featured a map of over 20 participating local vendors who were proudly displaying "now accepting Ecoin" banners on their storefronts, bringing this "fictional" crypto-currency to life as fans actually used it to purchase real-world food and swag throughout the con, simply by scanning their Ecoin account QR codes.

One of these participating locations was next door to the Bank of E branch—the "Red Wheelbarrow BBQ"—a real-life replica of the fictional restaurant in Mr. Robot, where fans could indulge in delicious BBQ and pay for their meals using Ecoin. While inside the restaurant, eagle-eyed fans noticed hidden clues on the walls, in the Ecoin platform and around the grounds. Those who were savvy and skilled enough to decipher them were led to a secret location: a hidden back room within the restaurant where they were treated to an immersive experience that allowed fans to reenact an iconic scene from season_2.0, including a surprise phone call from a fan favorite character, White Rose (played by B.D. Wong), as well as cryptic sneak-peek photos and subtle hints about the upcoming season of Mr. Robot.

This interactive Ecoin experience continued months later at New York Comic Con where fans who had set up Ecoin accounts were invited to attend a lavish gala, "hosted by Bank of E," celebrating the launch of Ecoin. This event was also streamed via a 360 Facebook Live for those who were unable to attend. At the gala, E Corp CEO Philip Price (actor Michael Cristofer—from the series—in character) delivered a keynote speech with an on-screen presentation, which was then suddenly "hacked by fsociety" and replaced with the first public showing of the Mr. Robot season_3.0 premiere, much to the surprise and delight of the audience.

The real-world Ecoin experience continued throughout season_3.0, as fans across the country could sign up for Ecoin accounts and redeem surprise perks on Ecoin.com such as an Amazon Echo, a custom ringtone created by the Mr. Robot composer, and much more. The perks kept fans buzzing across social media as they tried to anticipate what reward would become available next—and when—while also bragging about their exciting new swag.

The interactive Ecoin campaign was a great success and continued USA Network's tradition of engaging fans through deep and rich in-world experiences that bring Mr. Robot to life in new and exciting ways. To date, the Ecoin.com website has garnered over 402K unique visitors and over 4.2MM page views while the overarching campaign has generated a staggering amount of social and media impressions. This mind-bending, world-building campaign defied everyone's expectations; not only did it bridge the gap between the show's second and third seasons, it bridged the gap between fiction and reality in order to let fans feel like they had truly become a part of the Mr. Robot narrative. 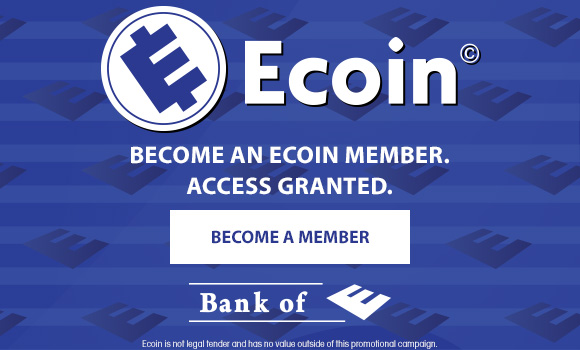