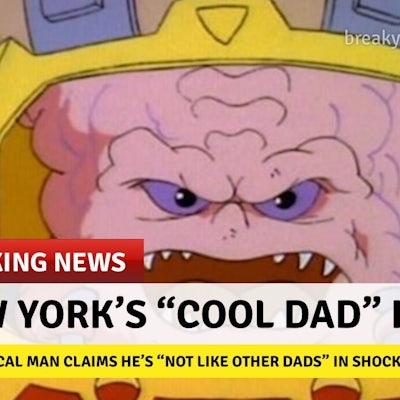 Krang T Nelson says he was “born to dance,” but he was also born to point out political absurdity, embracing his role as Twitter’s watchdog against Trumpism, the alt-right, and ultra-conservatism. With wit as his weapon, he battled constantly in 2017. So much so that his Twitter account was suspended after he wrote a satirical post mocking the outsized fear of anti-fascist groups among conservatives. The post set off a furor from right-wing Twitter users who failed to see the humor. Luckily, Krang’s 140K+ followers (and more) stood up for him, and he soon returned to his sarcastic commentary on daily nonsense from Donald Trump, Fox News, and Roy Moore supporters, while also penning a scathing rebuke of Twitter’s policies for Vice.