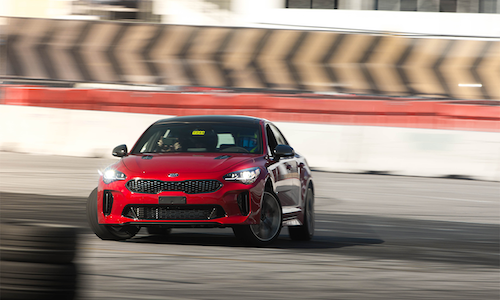 During SEMA, Kia set to increase awareness, build anticipation and fuel intrigue for the all-new Kia Stinger amongst auto-enthusiasts. Through the creative collaboration of trusted partners, brand ambassadors and some of the most acclaimed influencers in the automotive industry - a unique personal on-site experience was born and extraordinary content was captured to showcase the Stinger's charge into the spotlight.

To build anticipation and excitement for SEMA, a social lead up plan was constructed to tease the on-site drifting activation with notable racecar drivers, headlined by Matt Powers and Justin Bell. On press day, we teased our audiences with Instagram and Snapchat stories of our booth to get viewers excited for the fun to come. On day 1 of SEMA, we partnered with The Enthusiast Network to produce a livestream of the drifting activation – multiple Stinger's drifting around the Gold Lot outside of the Las Vegas Convention Center. The livestream was a raw display of the Stinger's power, performance, and sleek muscular style.

Throughout the rest of the week at SEMA, we gave fans the opportunity to get in a Stinger and drift with professional drivers, so they could get a first-hand look at the excellent interior and powerful performance. For fans who wanted to get behind the wheel, we set up a slalom course where they could take the Stinger on a 0-60 mph drag race, and experience the Stinger's speed and handling through tight corners. During the experience, we filmed behind the scenes content, available exclusively to those who followed Kia's Instagram and Snapchat stories. This exclusive content, captured primarily using Snapchat Spectacles, touted personal interactions with the drivers and hyped their personal opinions of the Stinger, as well as showed the pit stop where the team changed the Stinger's tires in between runs on the track. However, the most exciting behind the scenes filming was the first-person point-of-view footage of the behind-the-wheel drifting experience.

Kia's SEMA activation was a huge success as fans across our social channels were engaged and reacted with positive sentiment to the activation. Seeing the Stinger in action triggered conversation about consumer's interest and future consideration for the Stinger.

Kia was able to surpass initial goals by more than 50% gaining over 16MM video views through a rolling post-strategy driven by team members and Facebook influencers.

For the first time, Kia told a story in real-time through Instagram Stories, giving fans a first-person experience of the Stinger at the event. Kia experienced a high response rate to the polls (approx. 89% ER) asking questions on participation. The majority of Instagram fan growth came from automotive enthusiasts who were at SEMA and had positively experienced the Stinger at the drifting experience. SEMA attendees who experienced the activation became fans of the Stinger, commented about their great experience and how it turned them into prospective buyers even though they weren't previously looking to purchase a vehicle.

Additionally, each of the professional drivers who were involved in the Stinger activation had positive reactions and social comments on their experience, and a few even positively reviewed the Stinger online.

Overall, our social posts generated over 18K engagements and we increased our Facebook fans over 1MM during the activation. Kia reached a new auto-enthusiast target audience who were very receptive to the Stinger and its features, and the entire event was a huge success for Kia. 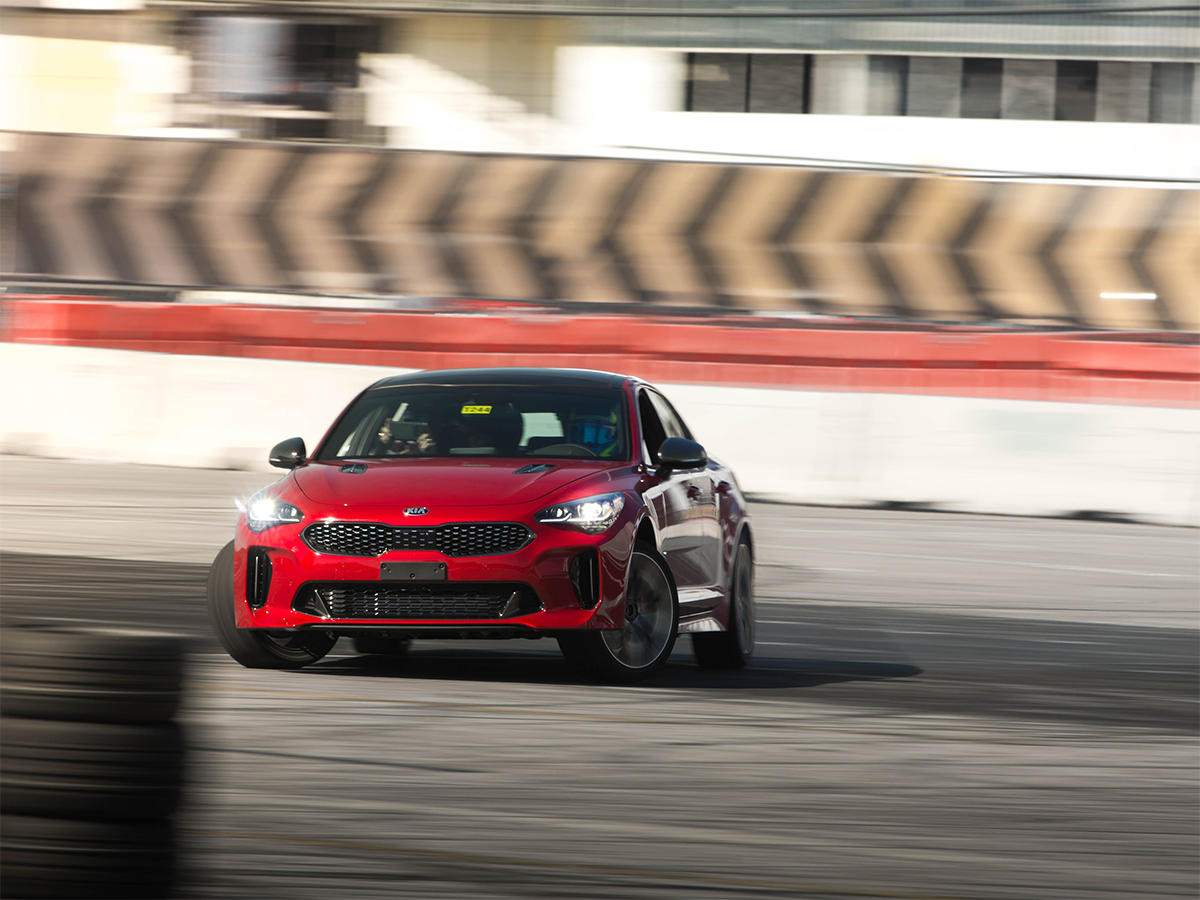 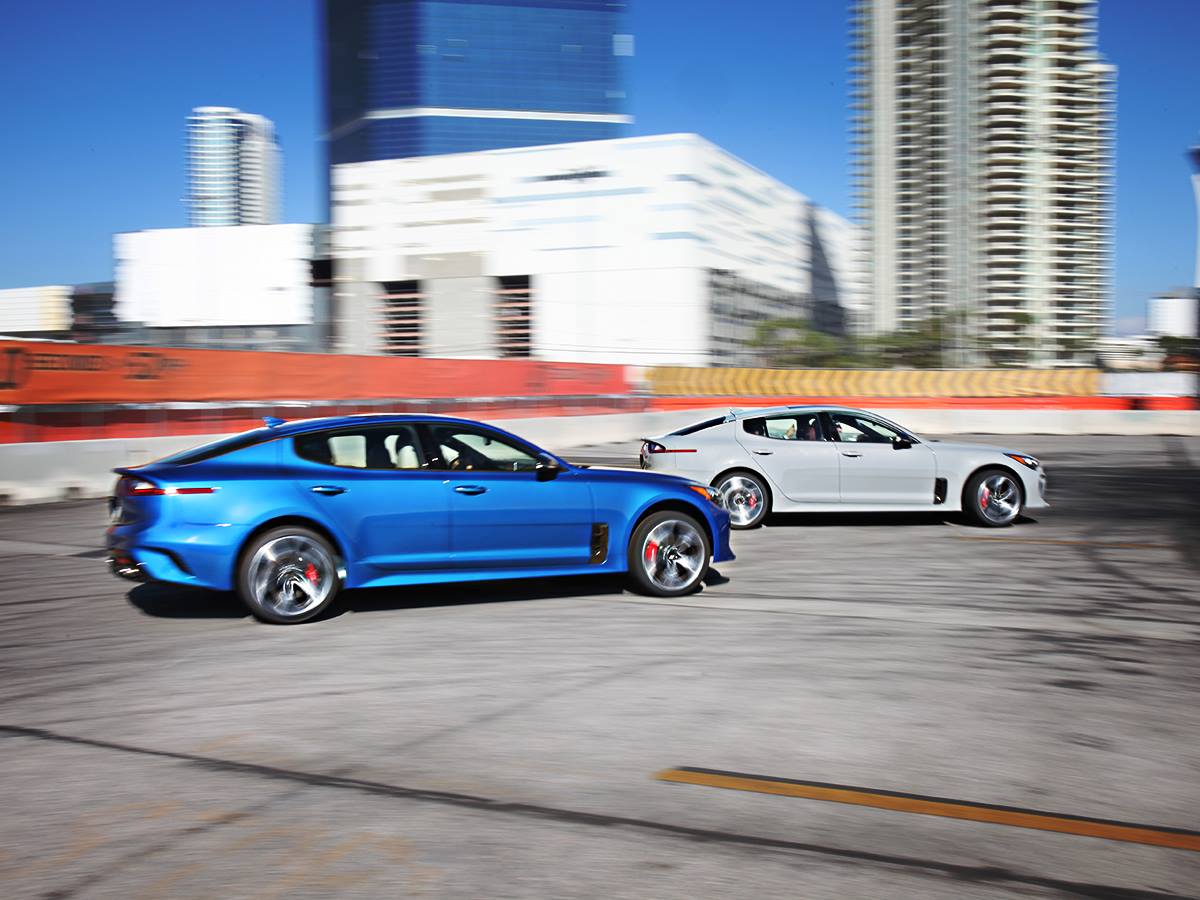