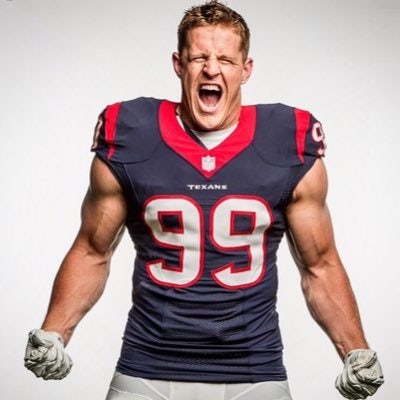 On the gridiron, Houston Texan JJ Watt is one of the scariest players in pads. But off the field, JJ is known as being one of the best all-around guys in the NFL. If you’ve been paying any attention, you’ve probably caught wind of one of the incredible things JJ Watt has done that’s gone viral in 2017. When Hurricane Harvey ravaged several parts of Houston, JJ called upon a social media following of nearly 10M people to help raise $200,000 for recovery efforts. He raised $30 million. When he released his new Reebok shoe line, an active-duty serviceman tweeted to ask for a pair in Afghanistan. JJ sent shoes to the entire unit. But his funniest moment came early in the year, when someone stumbled onto his hilarious high school Myspace photos.