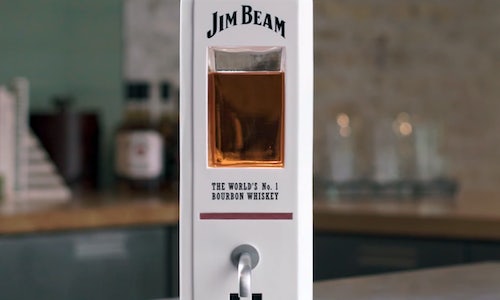 Like many classic spirits brands, Jim Beam's success is depends upon maintaining and growing relevance with millennials. It knows technology is a major passion point for that group and that insight fueled 2016's Jim Beam Apple Watch, a self-proclaimed "drinkable wearable" inspired by the brand's Jim Beam Apple extension. That comically low-tech launch —essentially a telescoping shot glass on a wristband—captivated the tech media and set social ablaze. A year later, the brand wanted an encore.

But the market had shifted in two ways: First, wearables had been trumped by artificial intelligence as the buzziest tech topic and, second, Apple had largely been supplanted by Amazon as the "it" tech company, thanks to it's AI personal assistant, Alexa.

To capitalize on the personal-assistant craze, Jim Beam created the world's first artificially intelligent whiskey decanter. The decanter, known as JIM, had one core skill –it could pour shots on command—and a ton of Kentucky charm, thanks to the voicing talents (and gravelly drawl) of the brand's seventh generation master distiller, Fred Noe. The command, "Hey Jim, pour me a shot" resulted in exactly that. Other requests were met with nuggets of wisdom ("Jim, what's the weather?" "I have no idea, but it's the perfect weather for drinking bourbon.")

Mimicking standard tech-rollout practice, we set up an embargo of leading digital outlets (including CNET, Gizmodo and Engadget) to coincide with a pre-holiday release on the brand's online store, where consumers could purchase JIM devices for $34.99 (a spoof on the $349 price tag of pricier AI assistants).

And we created all the spec sheets and troubleshooting docs you'd expect from any high-tech launch. About two dozen devices were leveraged as demo units, but most people would encounter JIM through an engaging video designed to show off his capabilities.

"Jim Beam's smart decanter is like an Amazon Echo – only smarter, funnier and more attractive," declared Fortune, in a typically ecstatic launch-day headline. NPR's Morning Edition dubbed it "the perfect drinking buddy." Maxim added, "Look out, Alexa," as JIM made the #22 spot on Google Trends. And the story had legs, drawing top-tier coverage as the story rippled through the tech (CNET, Engadget), culinary (Food & Wine, The Daily Meal), lifestyle (Thrillist, Maxim) and mainstream news outlets (USA Today, NPR), totaling 374 million impressions, virtually all of which were neutral-to-positive in tone.

JIM cut an equally large swath on digital and social channels, where it exceeded a million impressions. The video, which was not ad supported, drew 165,000 organic views on YouTube. That reach led to action, as the Jim Beam online store quickly sold out of the units for $34.99, and some spotted on eBay selling for as much as $999 apiece.

The frenzy left the brand's call center inundated with requests and the website slammed with a 1,300% increase in visits.

CNET summed up the frenzy nicely: "JIM won't replace your Alexa, Siri or Google Home, but it wins out with the best party trick of the bunch. Just add bourbon." 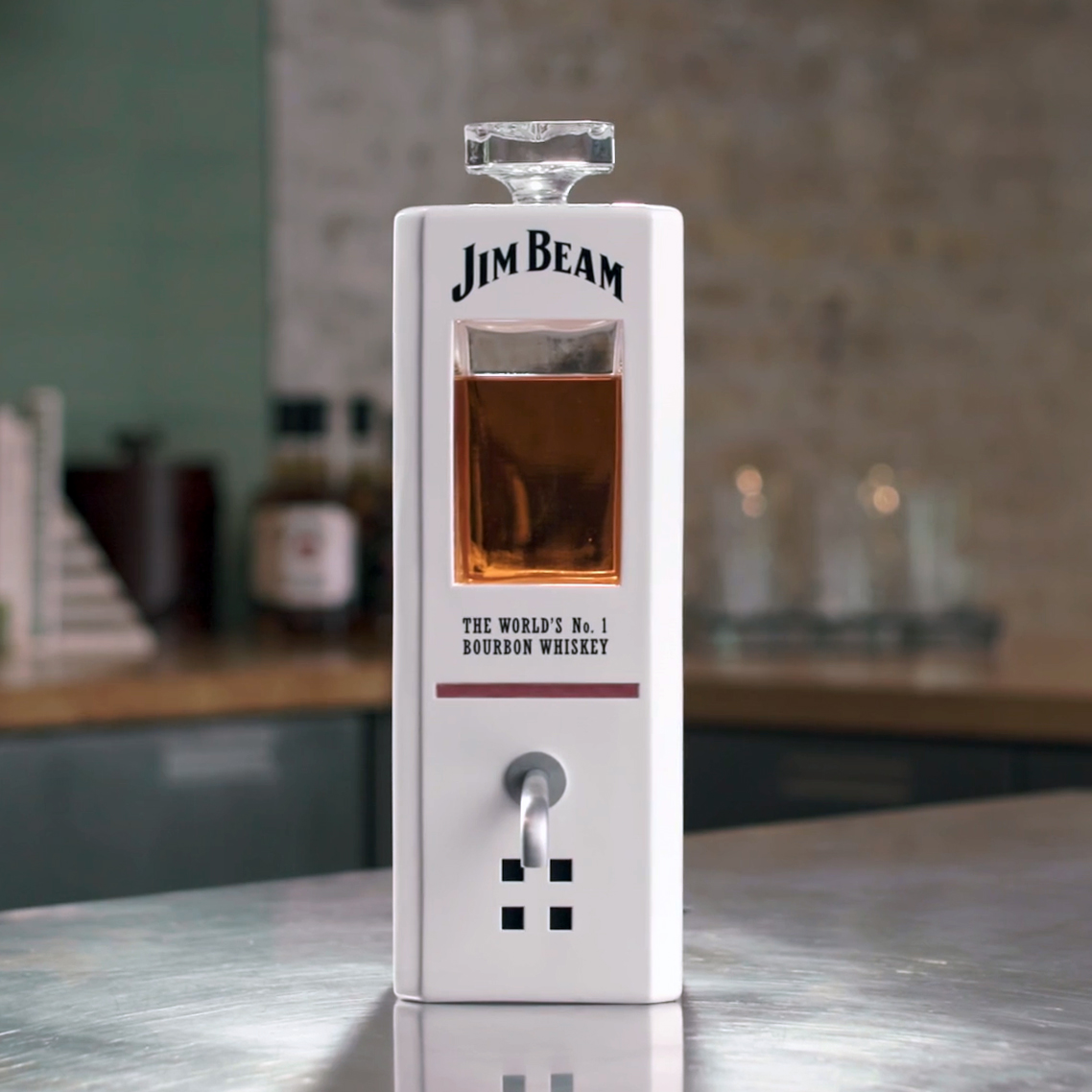