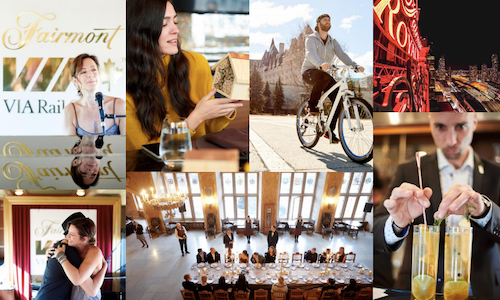 Fairmont Hotels & Resorts is a global luxury hospitality brand with over 70 iconic properties worldwide and a strong history and heritage within Canada. Many of our original hotels and resorts were built along the historic Canadian Pacific Railway, stretching from one end of the country to the other.

In 2017, Canada embarked on a year-long celebration of its 150th anniversary of confederation, known across the country as Canada 150. With Fairmont's rich Canadian heritage, we knew we wanted to do something significant to mark this important milestone in Canadian history.

Our main marketing objectives were to celebrate Fairmont's longstanding history of hospitality in Canada and raise awareness of our iconic properties across the country. Through these combined initiatives, we also aimed to increase revenue at our Canadian properties by a combined 5%. In addition, we set the following measurable objectives specific to key tactics of this multi-faceted campaign:

In honor of Canada 150, we sought to create some show-stopping, memorable experiences, promotions, offers and influencer-driven social marketing initiatives—all of which fell under the umbrella of our Canada 150 integrated campaign:

Our Canada 150 Contest provided the chance to win 1 of 150 room nights at any Canadian Fairmont destination and a grand prize trip for two to Montreal at the newly renovated Fairmont The Queen Elizabeth, which reopened in July 2017. Targeted ads were created with beautiful vintage illustrations of our Canadian properties, driving to a Canadiana-themed shuffleboard game, created specifically for the contest and promoted through our social channels.

For the Great Canadian Railway Adventure, we sent 13 influencers and 17 top-tier Canadian, US & global media (Bloomberg Pursuits, Canadian Geographic, Condé Nast Traveler, Departures, enRoute, Robb Report, The New York Times, The Wall Street Journal, Travel + Leisure and more) on an epic rail journey across Canada to create a buzz-worthy experience that would generate earned press coverage and beautiful social media content. All in all, it was a 7-day expedition, traveling 5000 km by train and 800 km by car, visiting 14 iconic hotels in 11 cities across the country. Along the way, itineraries featured quintessentially Canadian experiences and activities, including an exclusive surprise on-train performance by Canadian musical icon Sarah McLachlan.

Our Love Letter to Canada was and email that included a stunning video, as well as a number of stories linking out to long-form feature articles about events happening during Canada's 150th anniversary year. To create the video, which was the heart of our Love Letter to Canada, we traveled to iconic Fairmont Hotels & Resorts across Canada, capturing beautiful footage of our destinations and giving our colleagues the opportunity to share their love of Canada on film.

And, finally, our Canada 150 Credit Offer Email, we invited people to experience Canada for themselves with $150 credit.

As part of our Canada 150 integrated campaign, all of these initiatives were designed to inspire people to visit Fairmont destinations across Canada by showcasing our iconic properties and the spectacular scenery and uniquely Canadian experience found at them.

There were also many other events that fell under the umbrella of our Canada 150 campaign, including our Canadian Heritage Dinner Series, Canada's 150th Birthday Bash in the nation's capital and more—all of which were unified under the #Fairmont150 and #Canada150 hashtags.

Our Canada 150 integrated campaign was a huge success. We saw a 10% revenue increase and a 2% market share increase across Canada, plus the following results:

Après in the Air:

Over 32.9 Million impressions via influencers, exceeding goal by 64.5%

Over 700 Million impressions via press, exceeding goal by 75% 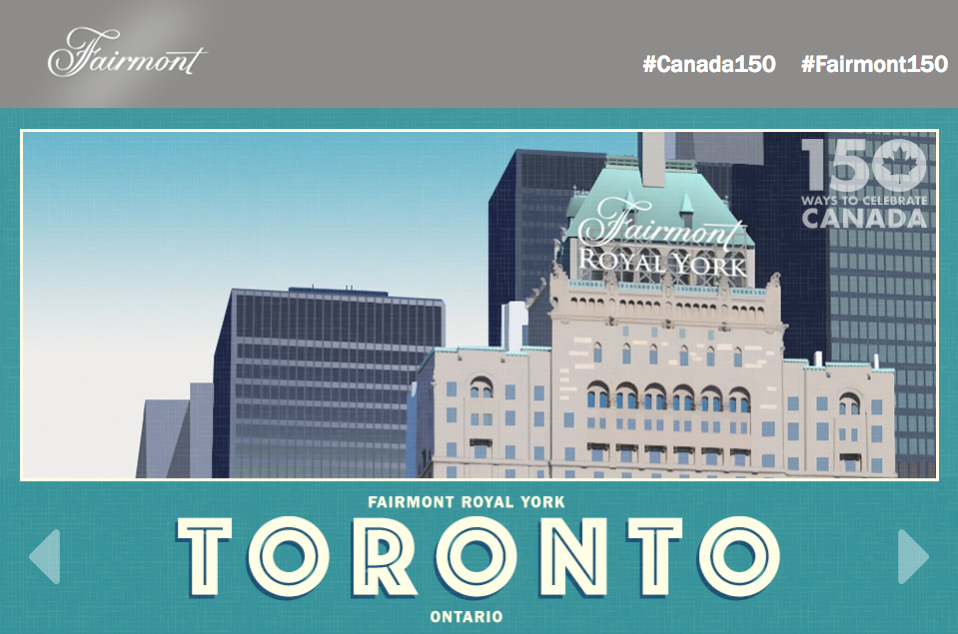 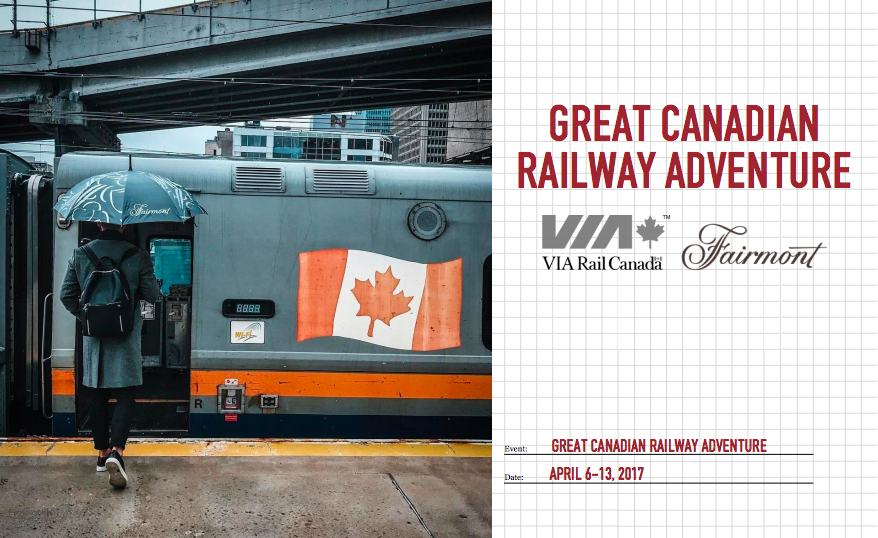 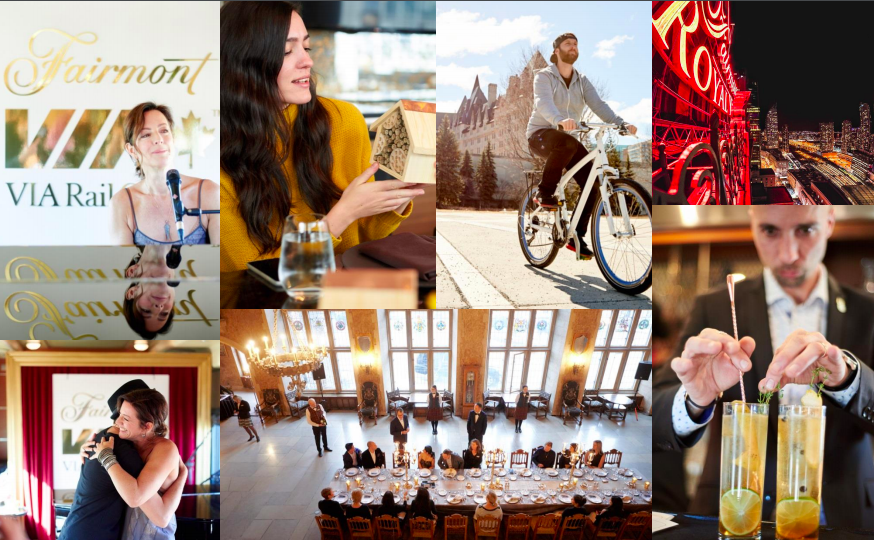 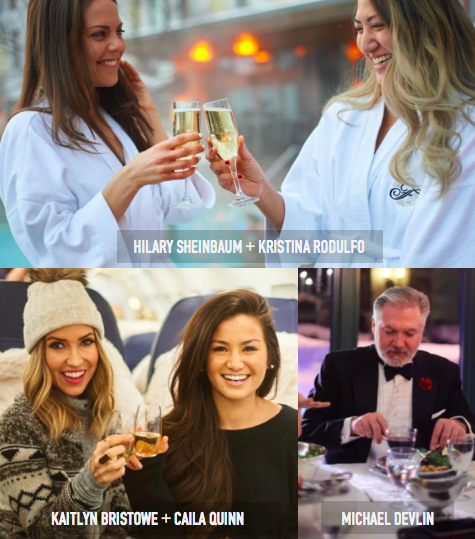 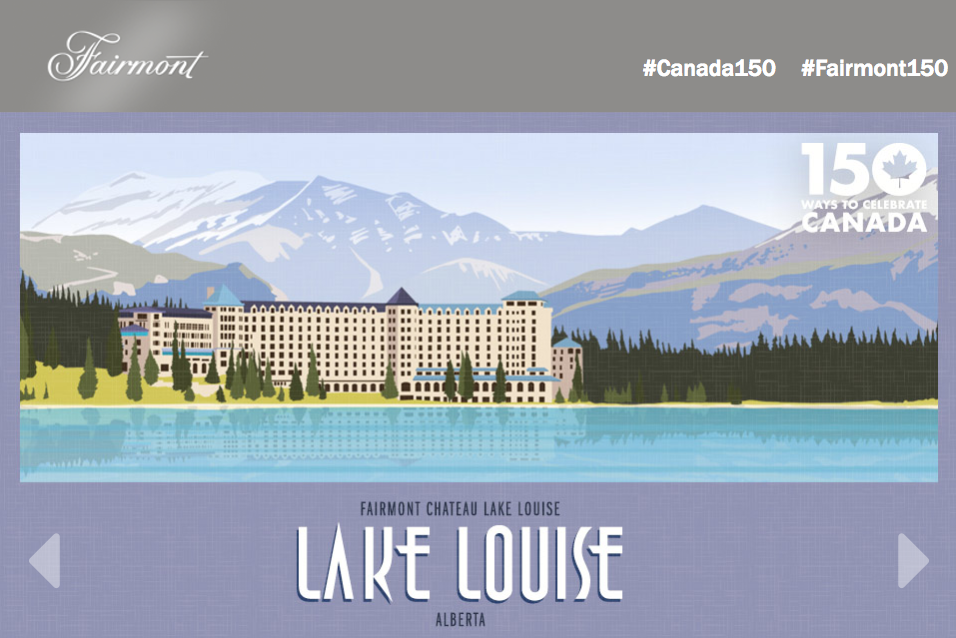 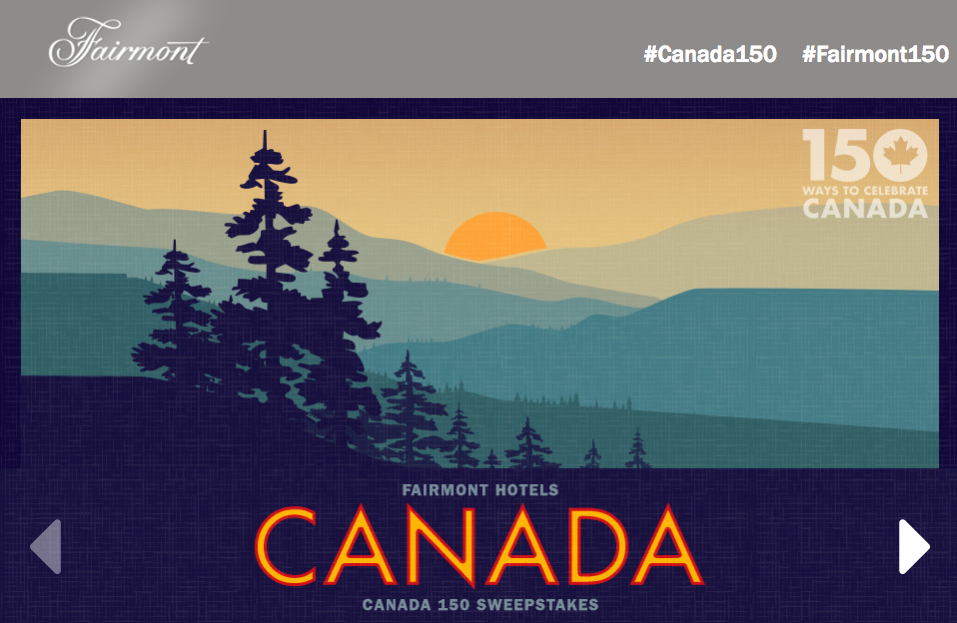