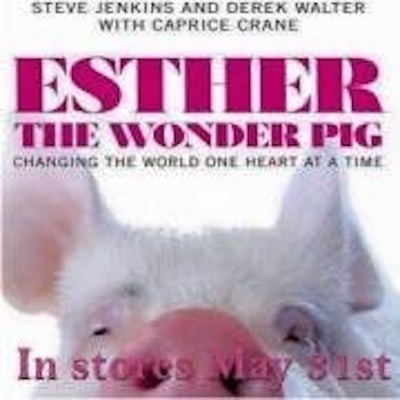 About Esther the Wonder Pig

In 2012, Steve Jenkins adopted a micro piglet from a friend and named her Esther. Well, five years and 600 pounds later, it seems the pig isn’t so ‘micro’ after all! But he and his partner Derek fell in love with her, and went all-in by creating a sanctuary for Esther and other animals in need. While they wrote a New York Times best seller about the experience in 2016, they also document everything on social media, with over 1.8M followers across platforms. Esther’s adorable adventures keep fans entertained while giving Steve and Derek the opportunity to discuss cruelty-free lifestyle choices, from what you eat to how you shop. They hope others will be inspired by seeing how wonderful Esther really is. Like they say, she’s “Changing the World One Heart at a Time.”