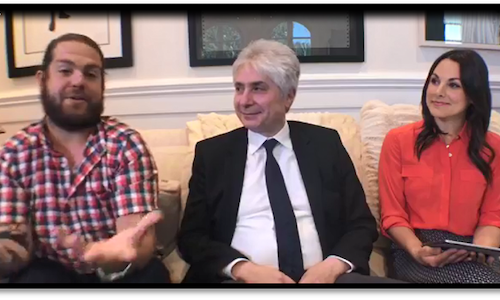 EnLIVEning the Conversation: Creating New Pathways for the MS Patient

The You Don't Know Jack About MS® campaign is a partnership between celebrity spokesperson Jack Osbourne and Teva Neuroscience (maker of the 21-year old therapy COPAXONE®) that aims to educate and uplift those who are newly diagnosed or living with MS. The campaign chronicles Jack's life with relapsing remitting multiple sclerosis (RRMS), the most common form of MS, through entertaining, edutainment-style webisodes, blogs and patient resources through the campaign's website and YouTube page.

Entering the fourth consecutive year of the You Don't Know Jack About MS® campaign, we sought a new content approach to keep the campaign fresh and relevant for the multiple sclerosis community.

Engage the MS community and Jack's fans through a live event on Facebook in order to:

At 400,000, the prevalence of multiple sclerosis in the U.S. is rather low. Given the small patient population, members of the MS community have limited face-to-face access with other patients and can feel isolated.

Our research showed that while people living with MS occasionally interact in-person and are very active online, what they really want is to sit in someone's living room and have a chat about what they are going through. This community hadn't yet had the opportunity to really get close to prominent figures in the community.

The closer an MS patient can get to someone who is actually living with MS the more connected they feel. They crave and want to see into people's lives and how they live.

We saw the opportunity to bring the community into Jack's living room with a relatively new format for the pharmaceutical industry – Facebook Live – so they could see how he is living and have an open and honest conversation in real time. It was something no other company in the space had done before – but something that the community desperately wanted.

Because Jack has been so open about his MS journey, he often receives messages from newly diagnosed patients. One stood out: a pro-athlete who hadn't told anyone about his diagnosis because he didn't know how.

We recognized the opportunity to fill a clear, practical need for patients who don't typically have a direct line to other patients and connect with MS patients who often feel isolated.

Coinciding with the launch of the latest campaign webisode, "How I Told My Family About My MS Diagnosis," we developed the brand's first Facebook Live event.

The 30-minute event was broken into three segments – introductions, webisode recap and Q&A - to optimize viewership, drive the dialogue and link back to the campaign.

Jack was featured alongside his neurologist who spoke to the medical aspects of MS and provided appropriate input medical questions. They were joined by a registered nutritionist who served as moderator and fielded live questions. Because Facebook Live is relatively new feature to Pharma, we ensured the event would remain compliant with FTC and FDA guidelines through the following:

The 30-minute Facebook Live video resulted in 22,000 organic views, with 400+ comments and 925 reactions to the post, reaching seven percent (7%) of treated patients, many of whom said the information changed their outlook on the disease.

Additionally, we identified a cost-effective opportunity while filming the webisodes to film a few 5-10 second "teaser videos" to accompany the launch of each webisode. All were unscripted and were quickly filmed by Jack on a hand-held iPhone camera. The teaser video to promote our first webisode of the year was so successful we knew we needed to utilize a teaser video to promote the Facebook Live event.

The results were remarkable: Over 41,000 views and hundreds of comments and shares 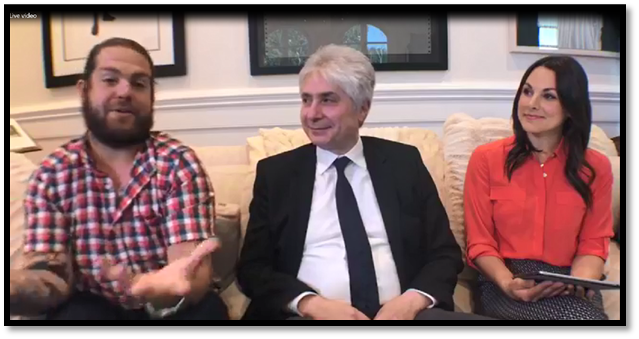 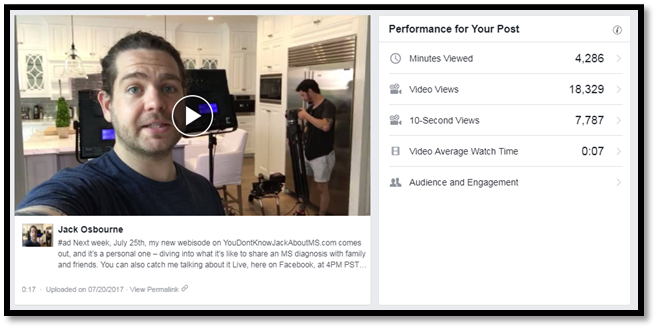 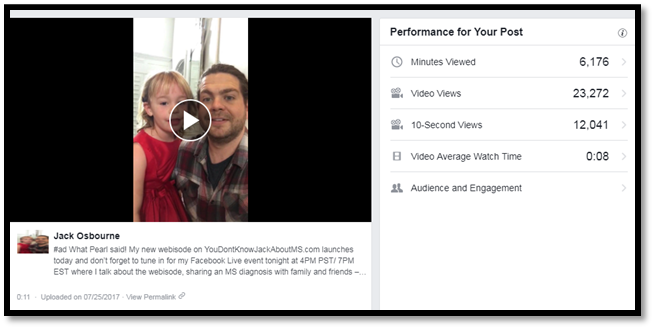