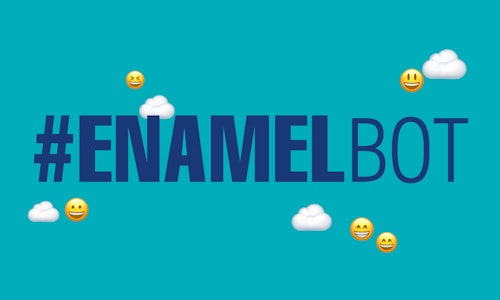 Enamel erosion occurs when the acids in common foods and drinks weaken tooth enamel, putting teeth at risk of thinning, yellowing, and becoming more susceptible to sensitivity over time.

Roughly 40% of Americans suffer from some degree of tooth erosion, and 8 out of 10 dentists see it in their patients. Yet, many people are not even aware that the problem exists, or that their diets—even healthy ones—might be harming their teeth.

Pronamel wanted to drive awareness of and engagement with their brand by educating Twitter users about the risks of acid erosion from their favorite foods and drinks.

But in a high-paced world where we spend more time on our phones than we do eating, the campaign had to be able to capture people's attention when their attention spans are at an all-time low.

In order to start a conversation about enamel erosion, we had to get the attention of our audience. To do so, we decided to utilize the foods they interact with the most: emojis.

And as a way to respond to as many users as possible, we created the EnamelBot: a Twitter bot that educates users about the acidity levels of their favorite foods and drinks in real time. All they had to do was to tweet the EnamelBot an emoji of the food they were about to eat, and they'd receive an engaging and educational reply about its acidity levels.

Additionally, on the day of the launch we rebranded Pronamel's entire Twitter feed while driving traffic to the bot via promoted videos, which instructed users on how to engage with the EnamelBot.

Finally, as a small surprise, we animated Easter egg Tweets to respond to the inevitable (and inedible) non-food emojis that we were expecting to receive from cheeky users based on social listening.

The engaging real-time response from the EnamelBot instantly resonated with our core audience, resulting in 15 million video views, 374k engagements, and 42.4M impressions in total. It greatly surpassed personal care benchmarks with a 48.83% video view rate—with many users engaging repeatedly!

But most importantly, the EnamelBot and its real-time functionality grabbed the attention of the public and informed them about the problem of acid erosion in the real world, by putting a smile on their face in the virtual world. 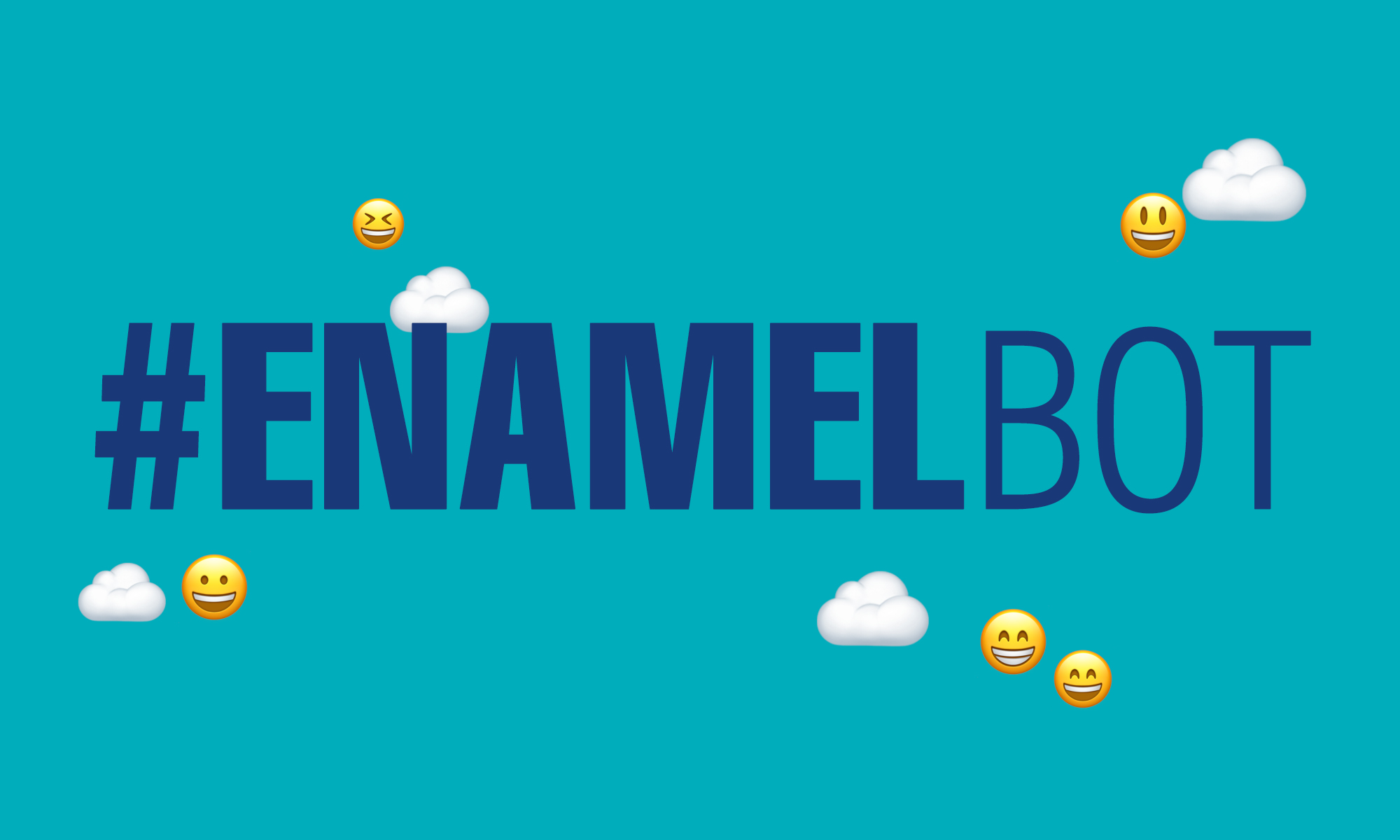 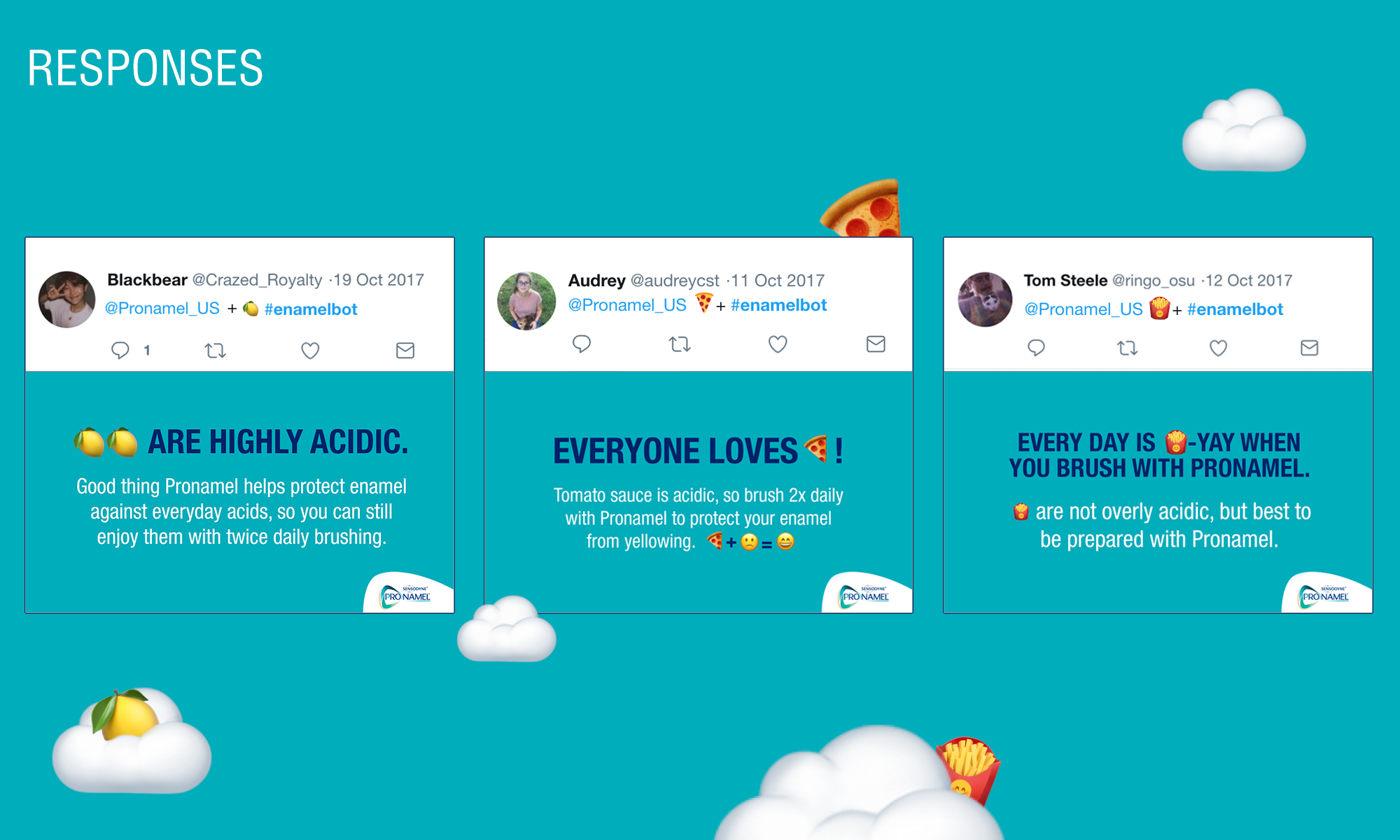 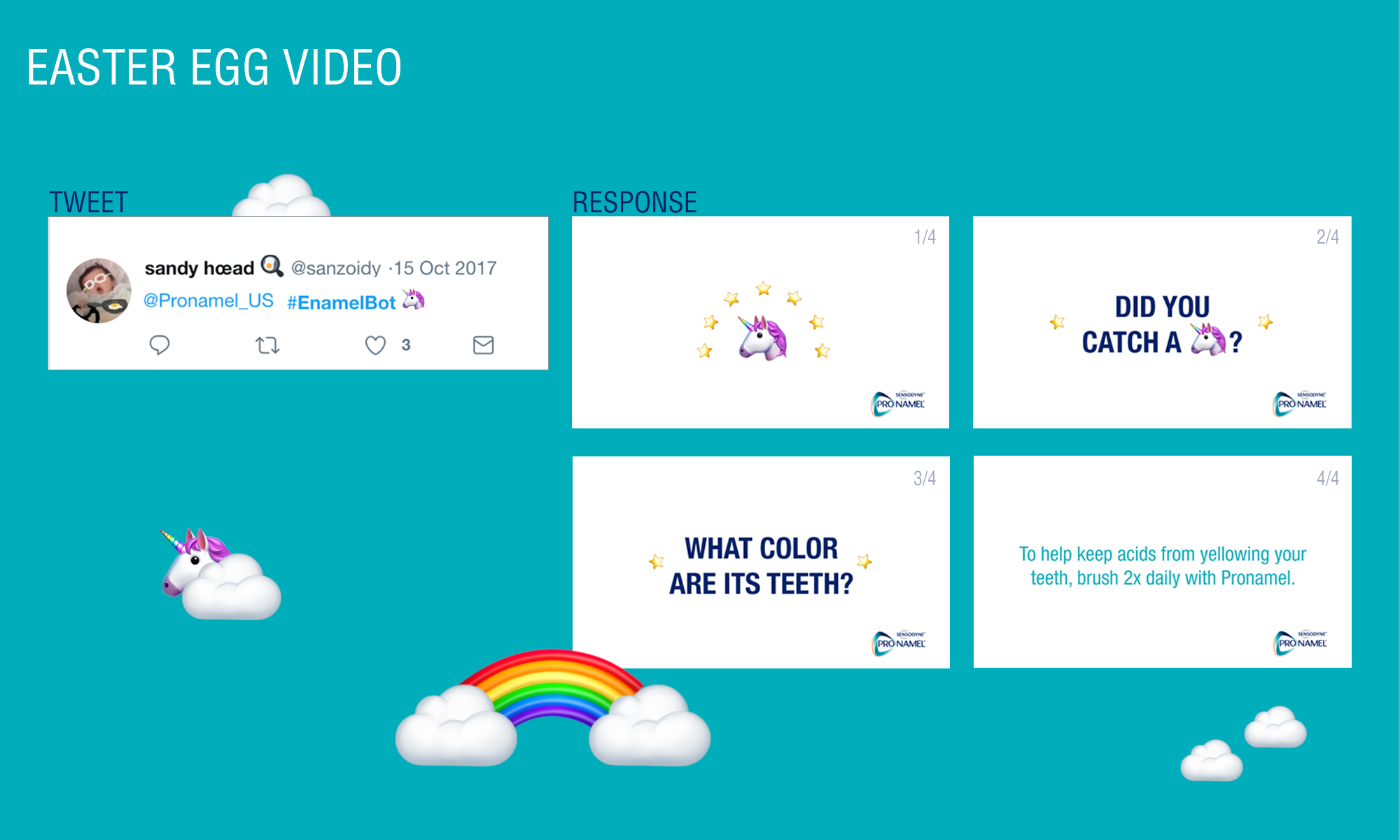 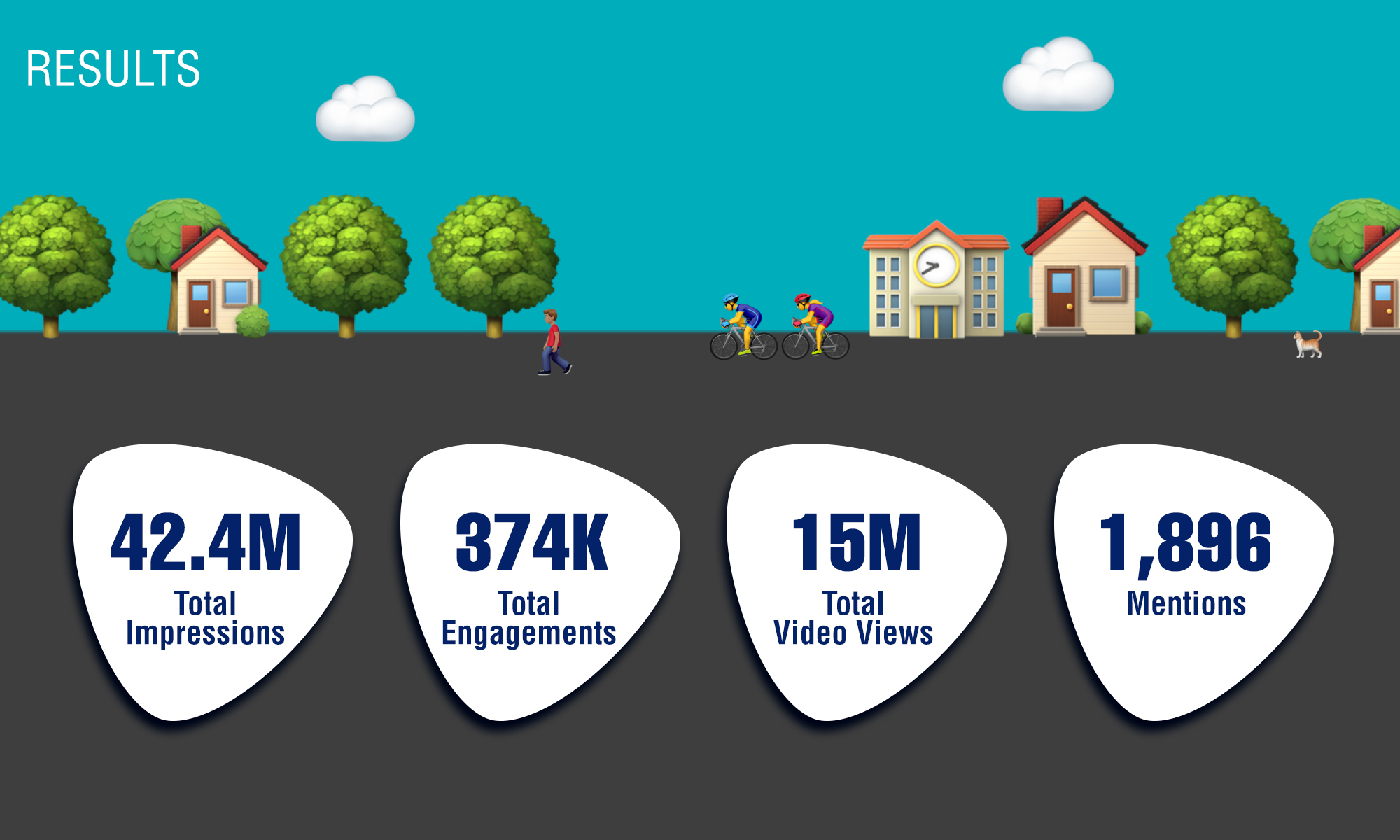