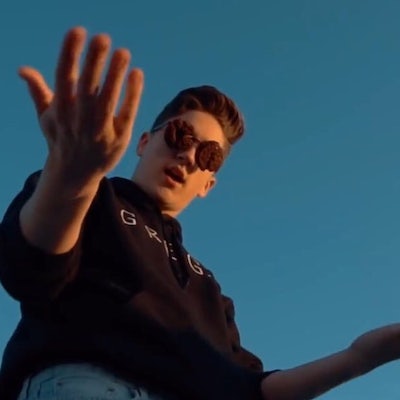 23-year-old Danny Gonzalez is sarcastically tearing down social media, one YouTube star at a time. His reactions to videos by people like Lele Pons, Tessa Brooks, and—perhaps his favorite—Jake Paul reveal their logical inconsistencies or basic boringness. His satirical commentary on the silliness of social media helped Danny quadruple his total subscribers (or, as he absurdly calls them, Greg) in 2017. He’s also great at parodying songs and popular music styles, though this year he released his hilarious original track “Spooky Boy” to bring Halloween to his 280K+ fans year-round.