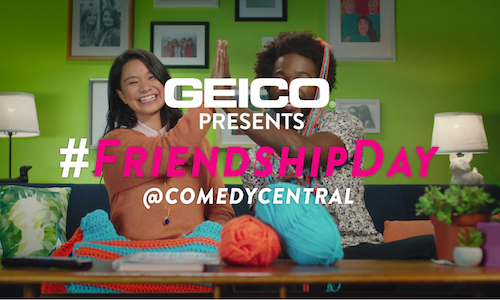 With the goal of creating an innovative and fun digital social series, GEICO and Comedy Central teamed up to produce uniquely relatable and shareable pieces that were at once meant for Comedy Central's coveted millennial audience and yet fully featured GEICO's brand messaging, "It's What You Do." To achieve this, we decided that both brands would join forces to celebrate "Quirky Holidays," a popular social media trend that lends itself to comedy while also adhering to GEICO's lighthearted comedic sensibilities. Because these holidays are so popular on social media, this initiative allowed us to maximize our reach and be seen by a wider population. In addition to the Twitter masterplan, we also created two linear companion pieces that more directly pointed to GEICO, and drove tune-in to the Comedy Central app to make it a more cohesive campaign.

We signed on for a two-holiday execution, so we picked the two social media holidays that we felt we could mine for the most comedy and that would nearly ladder into GEICO's campaign formula. For our first round, we chose "Awkward Moments Day," and then followed up with "Friendship Day."Because, if you want to activate your audience's recognition of their inherent commonalities, you provide silly yet relatable examples perfectly echoing GEICO's "It's What You Do" sentiment, and allow them to share in an emotional connection with the holidays, Comedy Central, and GEICO. It's what you do.

To resonate with fans for the social holidays, we created six custom short-form sketches (three per holiday) to live on Comedy Central's Twitter in celebration of Friendship Day and Awkward Moments Day. We timed all of our videos to be under :45 seconds, as research showed that Twitter users interact with and best respond to videos of that length. As there were literally no Friendship Day or Awkward Moments Day traditions to pull from before we arrived on the scene, we had the honor and challenge of creating them especially for GEICO, Comedy Central, and the internet at large. Having real life friendships and awkward moments are universal themes in life, so, to capture their essences in three short sketches apiece, we dug into what it really means to have friends or to be awkward, and how we could show that through action.

For Awkward Moments Day, we played out humanity's most cringe-worthy moments: the "failed high five", the "elevator dance," and the "I wasn't waving hi to you, I was waving hi to someone else" fail. All were set in an office setting— because nothing is worse than having to return to the site of your embarrassment for 40 hours a week.

For Friendship Day, we encouraged people to celebrate by shining a light on our three pillars of true friendship: gift giving, helping each other move, and the exchanging of friendship bracelets. While each piece stands on its own, they also work together (like friends!) to create a bigger picture. When viewed in succession, they captured the reality that, often in friendships, one of you is always going to be the "better friend."

Research indicates that a majority of users watch videos on Twitter and Facebook without sound, so for all six videos we tailored the sketches to play like silent movies, utilizing physical comedy and a talented cast of stand-ups and sketch actors to deliver the funny with little to no dialogue. Then, in order to deliver on GEICO's branding, we wrote tweet copy that teases the video content while simultaneously using their "It's What You Do" brand messaging formula.

For the linear component of our campaign, we pointed to Comedy Central's most popular properties like The Daily Show, Broad City, Detroiters, and Workaholics to pull clips of awkward moments and instances of true friendship (for each holiday, respectively) to create a montage of clips to be presented on-air. These spots included more direct GIECO graphics and messaging, as well as reminded viewers that they could watch their favorite CC shows on the app, which was and is a network priority.

The result was a cohesive multi-platform holiday campaign consisting of six custom videos that act as standalone comedy content for our viewers but that smartly and effectively use Twitter to deliver our partner's brand messaging, as well as two on-air clip spots that simultaneously promoted GEICO and the Comedy Central app. The relatability of the videos, along with timing their releases with the holidays' trending hashtags, made them extraordinarily sharable.

Our millennial audience craves self-expression, and our video tweets allowed them to identify with these moments and created an opportunity to express themselves as part of the trending holiday online. GEICO and Comedy Central were both so thrilled with the execution of their Quirky Holidays partnership that they've already decided to celebrate quirky social media holidays again in 2018. 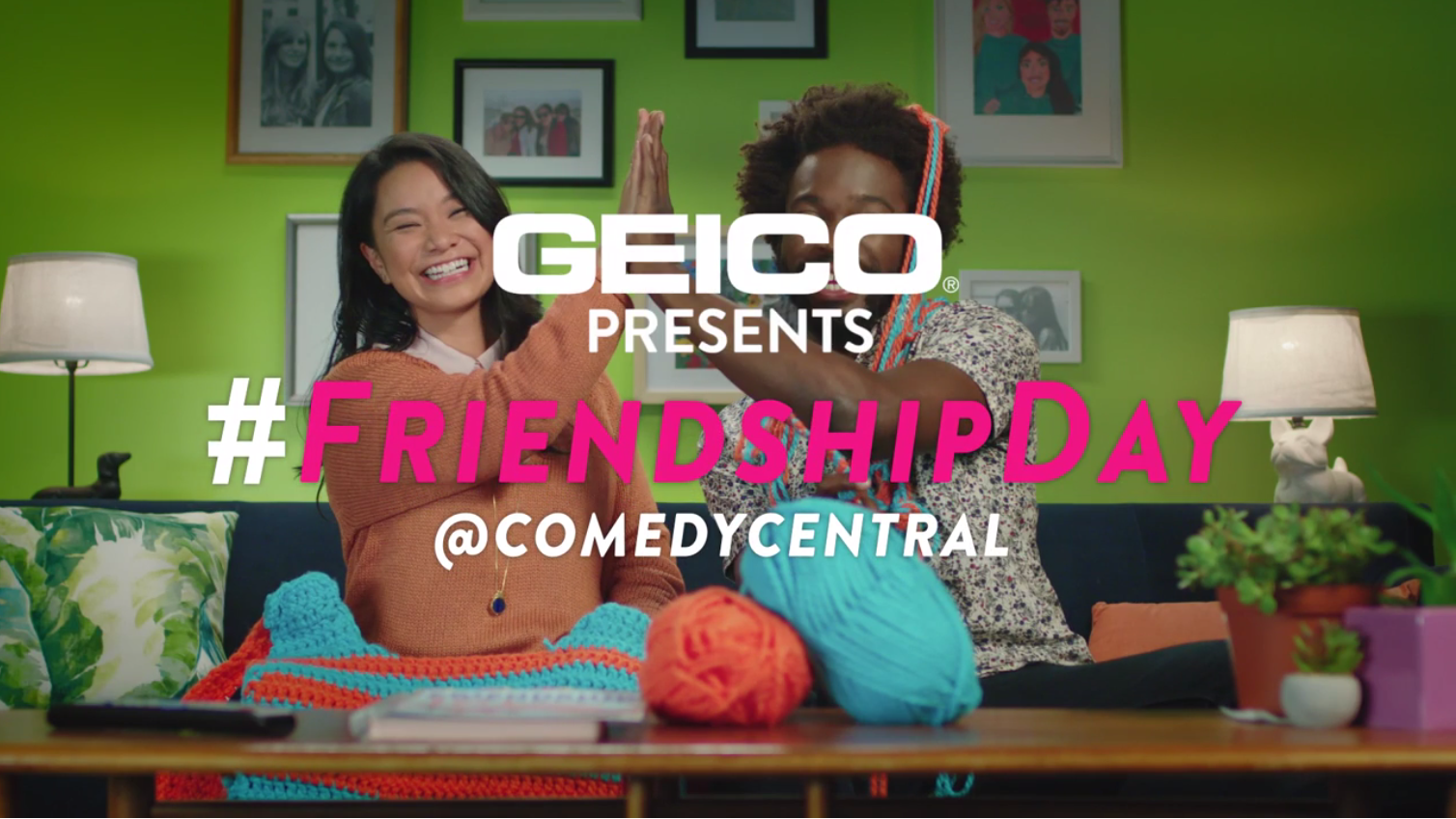