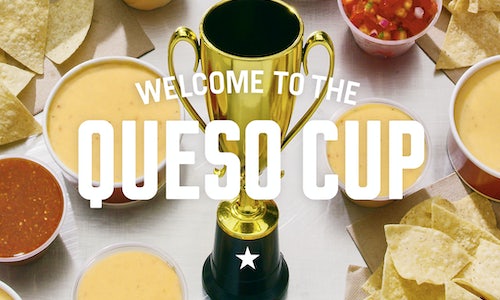 When Chipotle added queso to their menu, they wanted to parlay the anticipation and excitement into an organic conversation. Chipotle tapped Day One Agency to create a campaign that would hype the moment on social media, drive product awareness, and create a robust interactive experience for new and existing customers. Our goal was to tap into Chipotle's diehard fan base on Instagram, all while creating enough of a buzz to attract new diners in a social-first way.

Our strategy was to tap into the internet's obsession with hot cheese to create a social competition that pushed the limits of Instagram's capabilities. Over the course of one week, we rolled out daily challenges of speed, smarts, endurance, observation and more. At the end of each day, we rewarded winners with one year of free queso. Each game was designed to push the limits of Instagram in an interesting way. Through unexpected games and incredible prizes we got our audience talking about Chipotle and tagging friends in the process. We called it The Queso Cup. The Queso Cup was a week-long social competition that used every Instagram feature to test fans' love of queso.

On day one, we challenged fans to comment the letters Q-U-E-S-O in succession without interruption. The challenge ended with over 22,000 comments and one speedy fan with a year of free queso. On day two, we played Queso Bingo. In an Instagram gallery, we posted six bingo cards (with ingredients instead of numbers) and told fans to screenshot their card. Then, using Instagram Stories, we called out ingredients and asked fans to markup their boards. Over 20,000 fans played along. On day three, we unveiled the longest possible Instagram Story, which featured 100 frames of a chip slowly being dipped into a cup of queso. The insanely long story had a 70% completion rate. On day four, we used Instagram Galleries and asked fans to spot the six subtle differences in two photos of a table covered in a delicious Chipotle feast. More than 450 people commented trying to list all differences. On the final day of the Queso Cup, we tested fans' real-life skills by asking them to film themselves throwing a chip into a cup of queso. We worked with freestyle soccer influencer (and huge Chipotle fan) Indi Cowie to elevate the challenge. Responses came in from across the country though the winner was a man who went live in a crowd of people at the Charging Bull in NYC.

By using--and pushing the limits of--every facet of Instagram, we created a week-long fan experience that was both fresh and diverse.The length of the challenge, coupled with the promise of daily prizes, conditioned fans to "tune in" every morning to participate. In the process, we increased product awareness, grew Chipotle's audience, and strengthened the social relationship between the brand and its followers.

The Queso Cup was designed to drive fan engagement and increase awareness for Chipotle's newest, meltiest menu item. It quickly became the most engaged-with Instagram campaign in the company's history. Over the course of six days, Chipotle's Instagram account garnered 9.3M impressions. The Queso Cup's five challenges attracted over 50,000 participants. That week, Chipotle experienced a 700% increase in profile views and a 400% increase in organic reach. 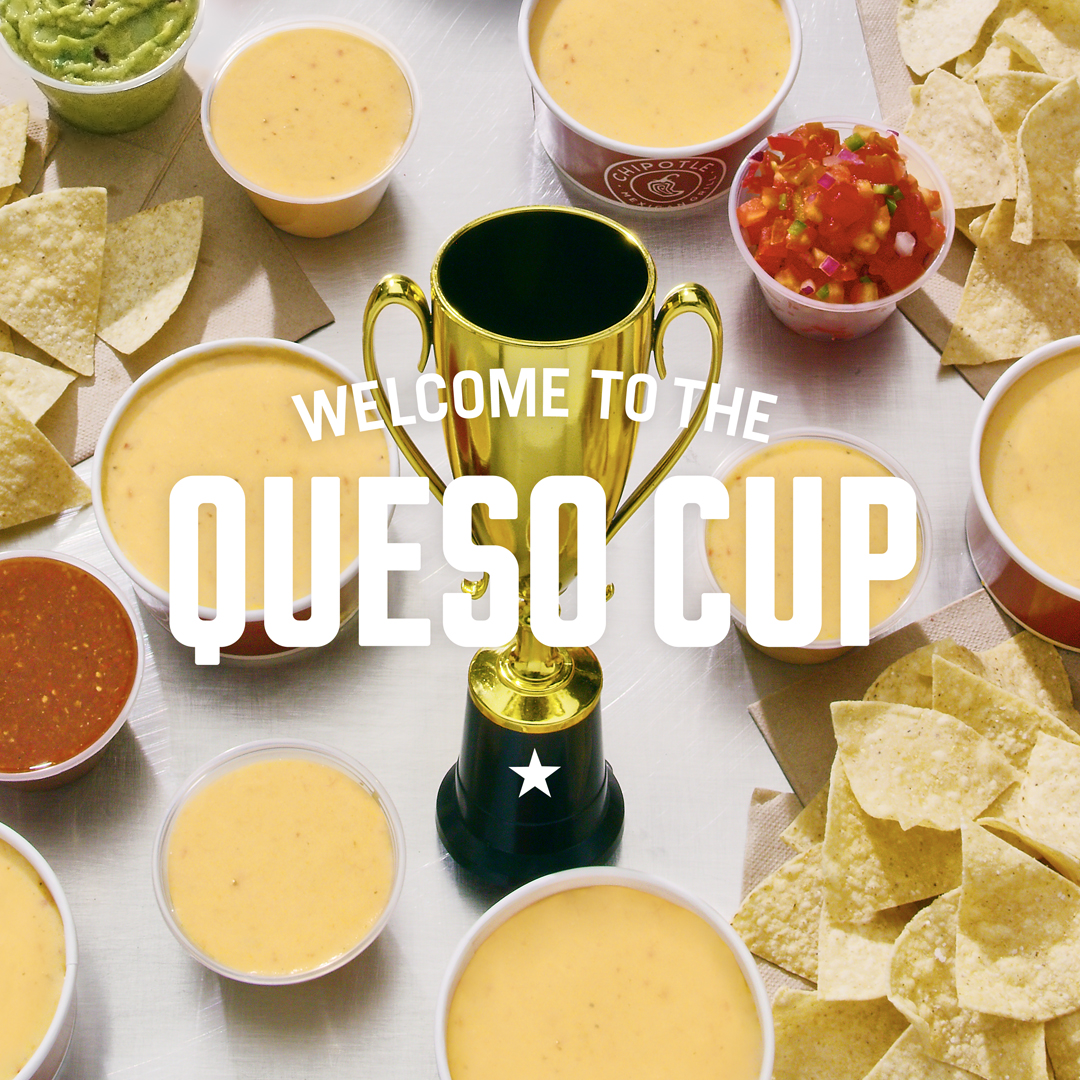