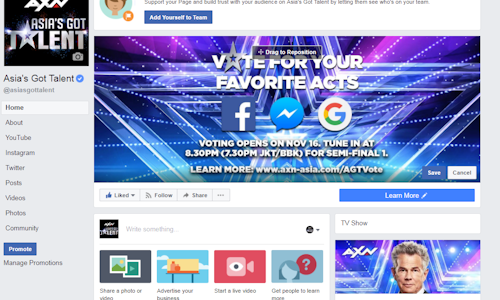 Asia’s Got Talent Fan Vote: You Have The Power

Asia's Got Talent is the world's biggest talent show and has established its place as the region's most powerful platform to launch aspiring stars.

The show airs in 20 Asian territories across the AXN network, which posed a number of challenges in mobilizing millions of viewers to vote for their favorite act: geo-access for multiple regions, multiple languages support, maintenance of high traffic in a short timeframe and audited results.

Typically, producers have looked at either paid SMS or mobile applications for voting - but these are cost prohibitive, especially with the complex multi-language/territory requirements, and do not provide the reach and native social engagement.

The primary objective for Telescope was to create a cost-effective, user-friendly and free of charge voting solution for Asia's Got Talent that could be optimized in different regions, delivering a highly engaging social experience that further encouraged sustained tune in to Asia's Got Talent on AXN.

The Messenger Bot guided users through the voting experience and displayed a carousel of the semi-finalists. Users could vote up to 10x per day, which the bot would tell them and count down any remaining votes. It would also tell them to come back the next day to vote again.

The Messenger Bot supported 6 languages, with the user selecting their preferred language from a menu. The application restricted votes to the 28 participating countries, so a GPS check was initiated from the Messenger app to verify the voter's location.

The regional reach and simplicity of the viewer interactivity, combined with a cost effective solution, highlights the effectiveness of engaging audiences through innovative social voting experiences. On Facebook, Asia's Got Talent received over 3.3 million engagements generated on the Asia's Got Talent Facebook Page during the 4-week voting period, and 4x higher than the targeted goal.

In addition, AXN delivered triumphant ratings and significant viewership gains across Malaysia, the Philippines and Singapore. AXN's Channel ratings grew by 28 per cent in its prime-time slot, compared to the same period in 2016. 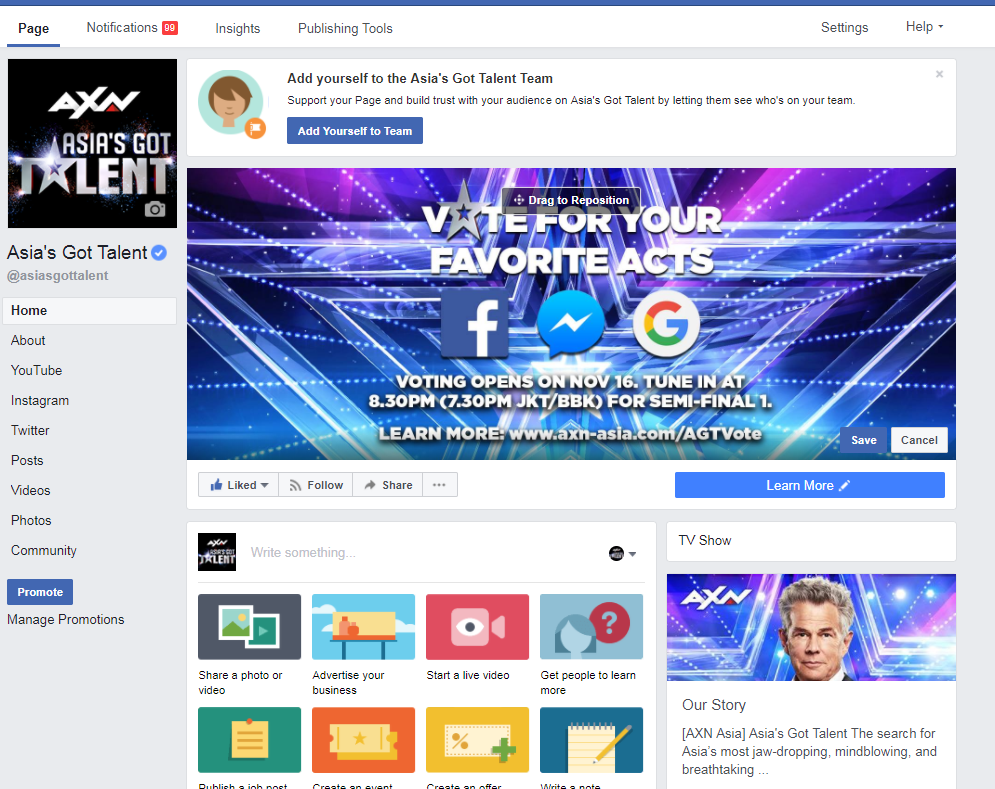 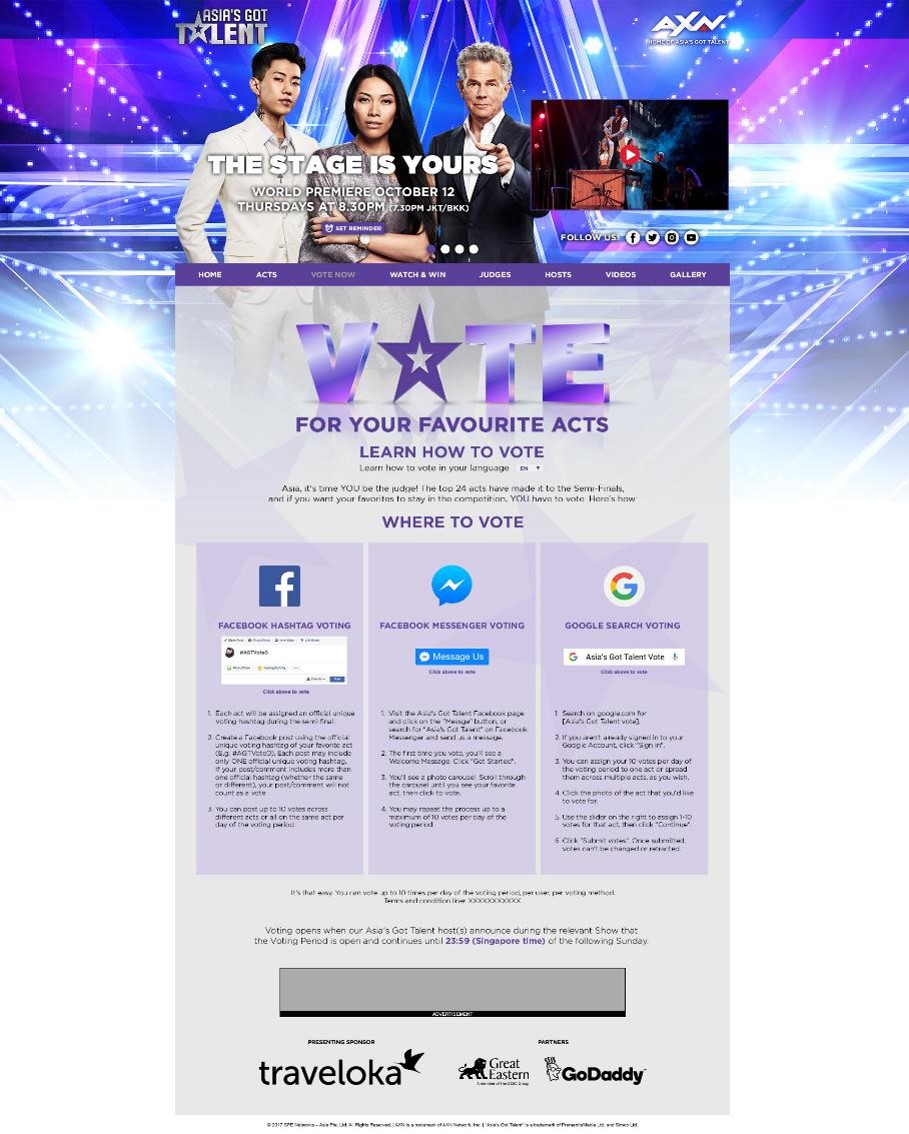