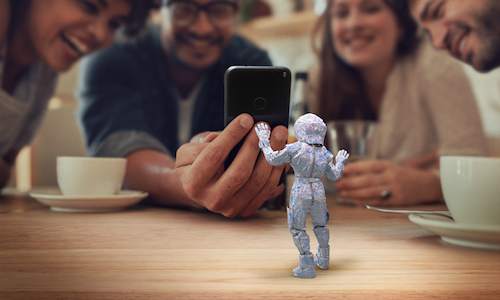 Viacom Velocity and MTV teamed up with 8i to create a "never been done before", augmented reality dancing Moon Person using our biggest tent pole event, the VMAs, as our platform. Using 8i's augmented reality app, Holo, Velocity gave MTV fans a highly interactive tool, which allowed fans to add a photorealistic 3D hologram of the Moon Person to their real world environment and share the moment via social. By putting MTV's most recognizable IP into our fans' hands, Velocity aimed to generate buzz around the VMAs and to create an immersive, enjoyable experience that welcomed the Moon Person into fan conversations and social feeds.

To tap into the cultural relevance of the VMAs, Velocity used 8i's cutting-edge proprietary volumetric capture technology to create several looping AR stickers of a dancer wearing Katy Perry's actual Moon Person costume performing viral dance moves of the moment such as the "Nae Nae," and the "Rollie." These stickers were featured as a free pack within 8i's proprietary augmented reality app/camera, Holo, with a dedicated page displaying each of the six dance moves users could choose from. MTV branding and VMA's tune-in messaging was integrated into every step of the Holo Moon Person AR experience from app launch through watermarks in the photo/video sharing functions. Because of the short, shareable nature of the video and photo content that users could capture, Velocity primarily distributed videos featuring the AR Moon Person on Instagram, where dance content and dance challenges often go viral. To inspire and excite fans to create their own user-generated Moon Person videos, we partnered with top dance influencers the week before the live show. We gave these influencers the creative license to create videos using the dancing Moon Person in their unique voice and style, all with calls to action to create, share and tag their own videos with #VMAs and #HoloApp for a chance to get a shoutout or re-post on Instagram Stories. Influencers popular among VMAs audiences such as Katy Perry's Backpack Kid, DSharp, and Matt Steffanina were all eager to participate. But it didn't stop there. On the day of the big show, MTV's Social media team continued shooting videos with the AR Moon Person on the VMA red carpet, backstage and around the venue. These were shared on MTV's Instagram with the call-to-action to download Holo, record a video featuring the Moon Person sticker and share it on their own feed. With the promise of getting noticed by their favorite accounts and their huge followings, fans of the influencer accounts responded with hundreds of their own user-generated videos. Users mimicked the Moon Person's moves, played their own music for it to dance to, and stuck the Moon Person in their living rooms, bedrooms, and backyards. Several influencers re-posted and showcased their favorite clips encouraging even more organic content creation. From MTV's social accounts to influencers and everyday fans, the AR Moon Person gave users a fun, sharable experience interacting with MTV IP. 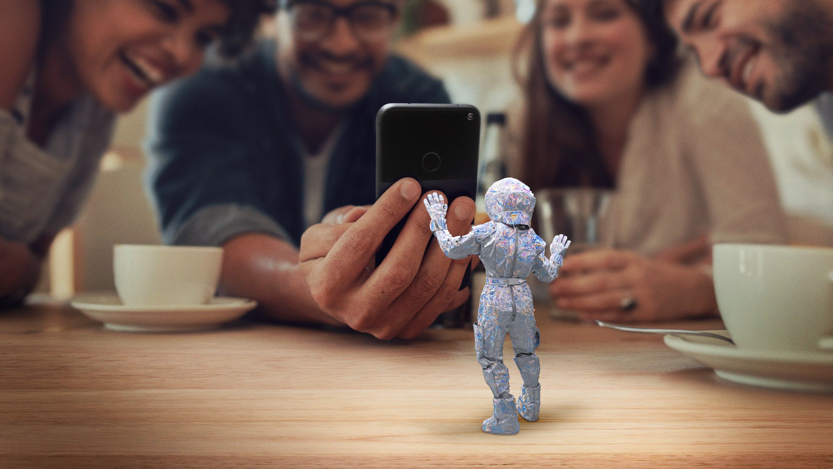