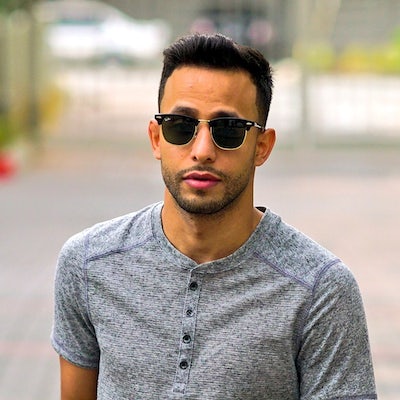 Palestinian-American actor and comedian Anwar Jibawi got his big break on Vine, sharing six-second bits of hilarity with nearly 4M followers before the platform called it quits. But his popularity led to a partnership with Shots Studios, who helped him launch his YouTube channel in mid-2016. Just a year-and-a-half later, Anwar has well over 2.3M subscribers who watch him completely transform into ridiculous characters in hysterical videos that often feature other popular YouTubers like Lele Pons, Inanna Sarkis, and Hannah Stocking. In any given video he may play a failing magician or the world’s best bowler but, no matter the sketch, Anwar knows how to commit to his comedy.