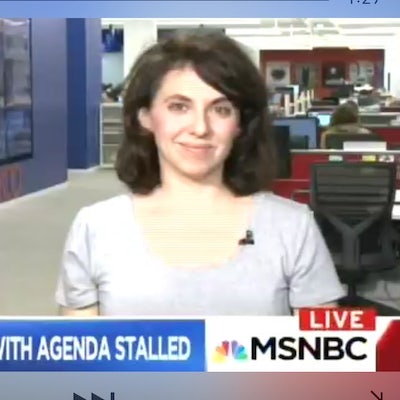 It’s not an easy job, but somebody’s gotta do it. As a White House reporter for Politico, Annie Karni has access and insight that much of the world can only dream about. With the Trump administration’s constant newsworthy gyrations, Annie had a busy 2017—to say the least. She keeps her 50K+ Twitter followers up on the twists and turns in the daily political drama that has become all too normal since the 2016 election. Without becoming too denigrating, Annie points out many of the hypocrisies emanating from the West Wing—and the sometimes-funny, often-depressing way the rest of the world deals with them. Coming from a position at the tabloid New York Post, Annie became the perfect person to cover Donald Trump’s freewheeling style while giving knowledgeable context.