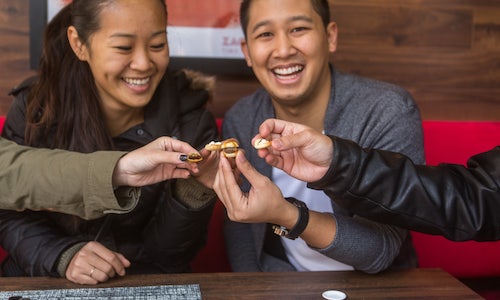 When Zagat launched in 1979, they were the first to curate and publish reviews from passionate locals instead of professional critics.

But nearly 40 years later, a brand that once reinvented how people chose to dine had grown a reputation among millennials for being outdated.

In reality, Zagat has always remained at the forefront of emerging dining trends. So, with the launch of their mobile app and updated reviews, our challenge was to develop an event that would bring attention and renewed relevancy to Zagat's brand among a younger millennial audience through social conversation and earned media.

First, we identified the consumer tension: people were frustrated with wasting time combing through hundreds of conflicting opinions on restaurant review sites. Zagat authentically solves this problem by curating and publishing summaries of user reviews that are short and sweet, yet feature all the details that matter, from food to decor to service.

To draw attention to Zagat's "tiny-yet-perfect" reviews, we decided to leverage the international trend of tiny food, popular on YouTube and social media with Millennials.

We custom-designed and opened a tiny food cafe in Astor Place for three days: serving "customers" free, mini versions of the city's best food, prepared with real recipes from some of the most popular dishes at NYC's highly-rated Zagat restaurants.

From tiny branded takeaway boxes to miniature menus, we considered every detail for photograph-ability—lining one end of the cafe with a tiny food gallery, and building in seating and a table on the opposite end of the cafe with miniature place settings for customers to photograph their tiny food in relation to normal place settings. Visitors were encouraged to use the campaign hashtag #tinycafe.

To build momentum before the event, we reached out to foodie influencers and press, who flocked to the cafe.

The Tiny Cafe generated over 1 billion earned media impressions. On social media, the campaign was highly shareable, with over 145 million potential social impressions and influencers like Rashida Jones and Jacques Torres sharing the news.

The story was also attractive to the press, garnering over 865 million impressions across online media and broadcast, most notably feature placements in The New York Times, The Verge, Buzzfeed, and ABC's The Chew.

In total, nearly 10,000 tiny food enthusiasts interacted with Zagat during the three days the cafe was open. Not only was there overwhelmingly positive sentiment and sustained social conversation throughout the event, but Zagat's "tiny-yet-perfect reviews" were frequently mentioned in the press and social posts, creating authentically meaningful connections between the experience and the brand.

With the on-site experience and resulting coverage, we were able to reach and engage a new Millennial audience who is changing how they make decisions on where to dine out—all while reinforcing Zagat's commitment to highlighting and directing people to the best food experiences in the city in a painless, yet trusted manner. 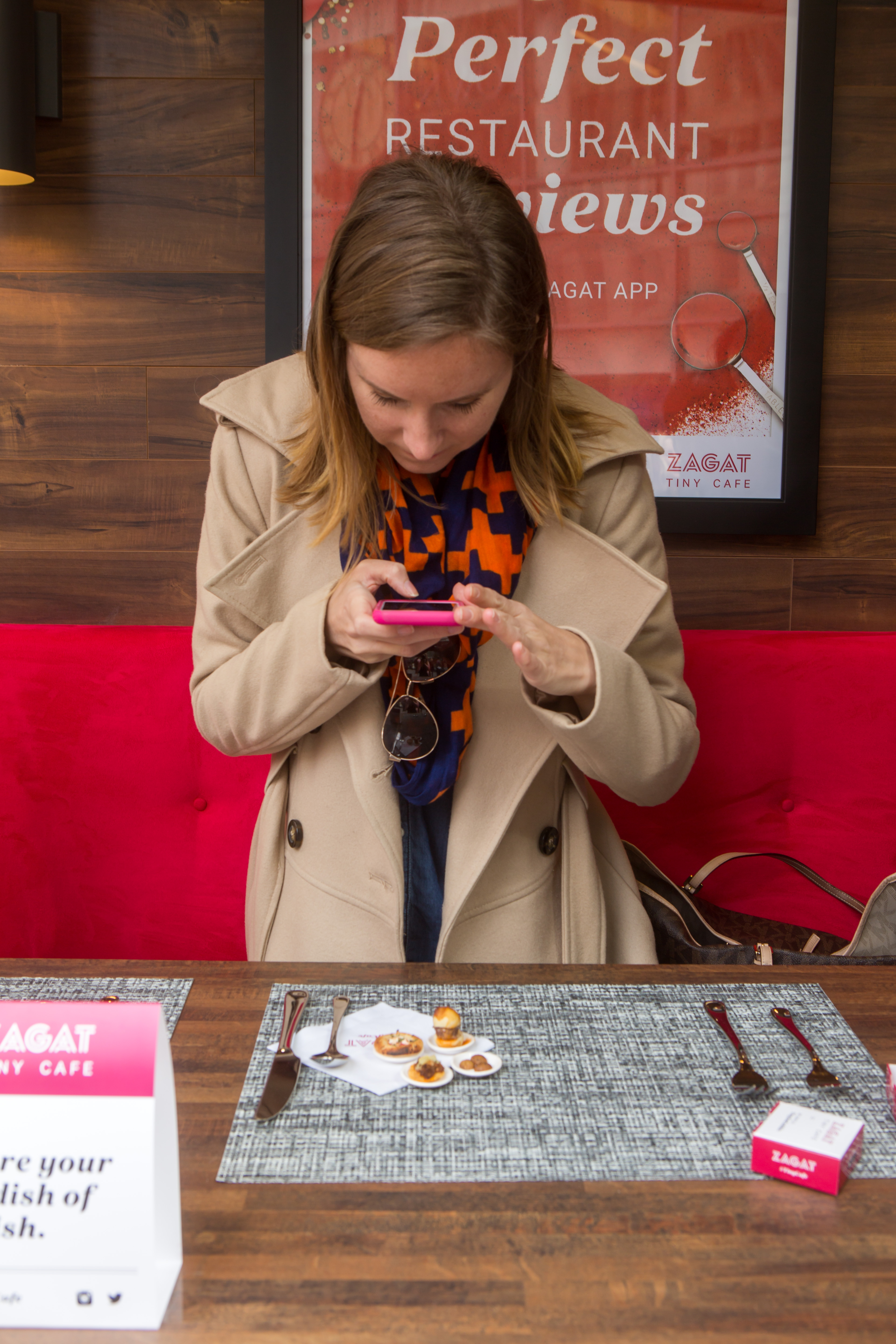 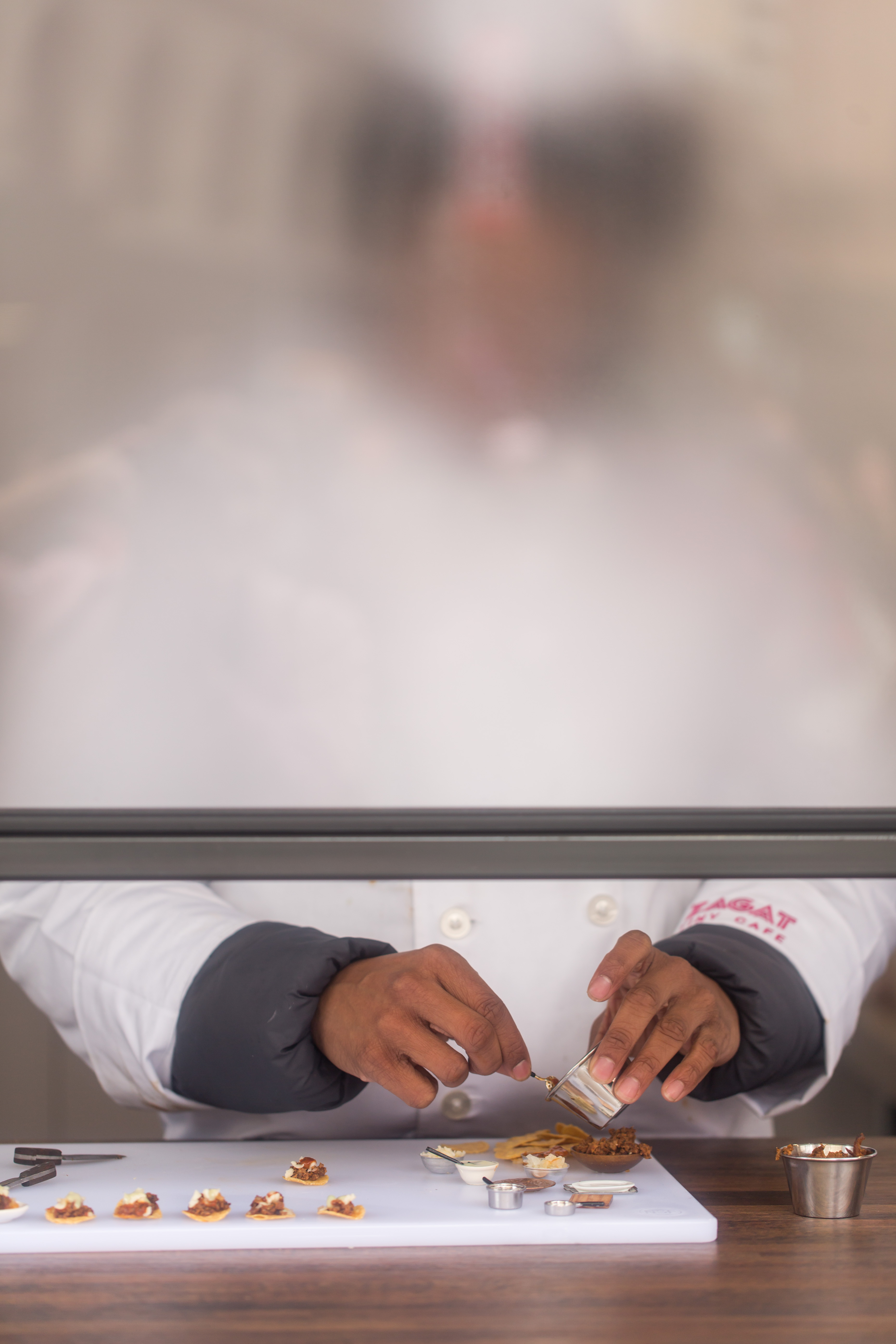 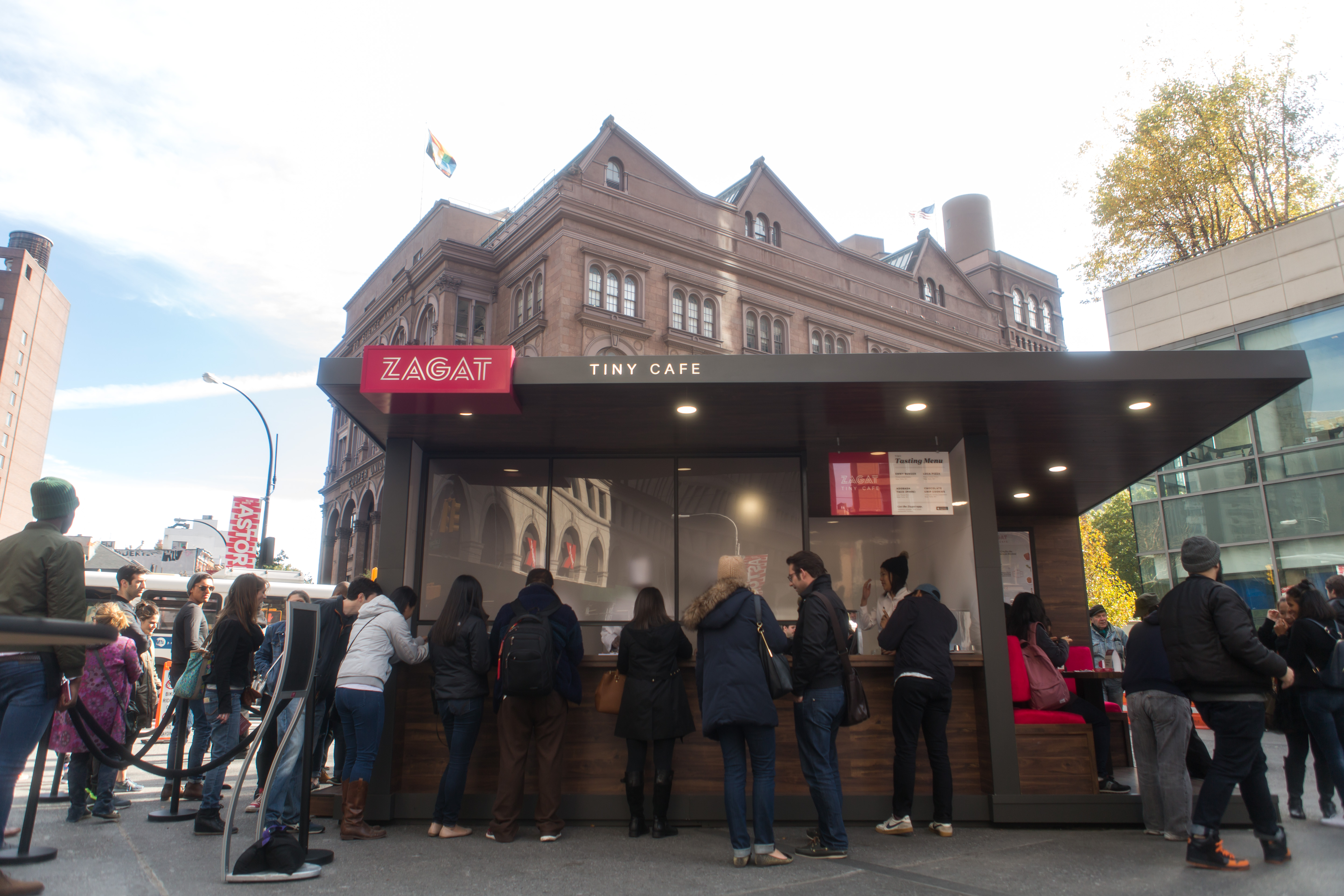 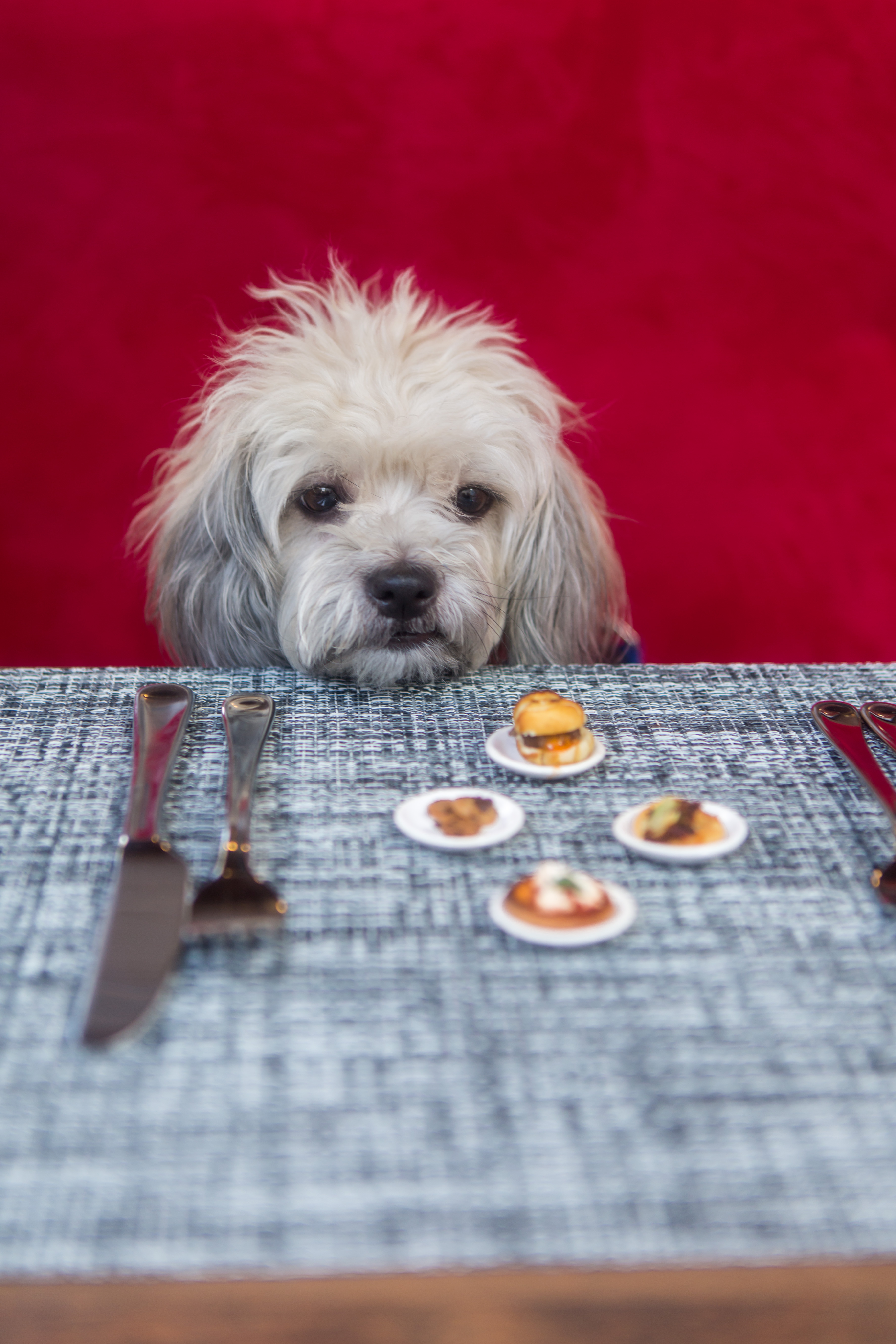 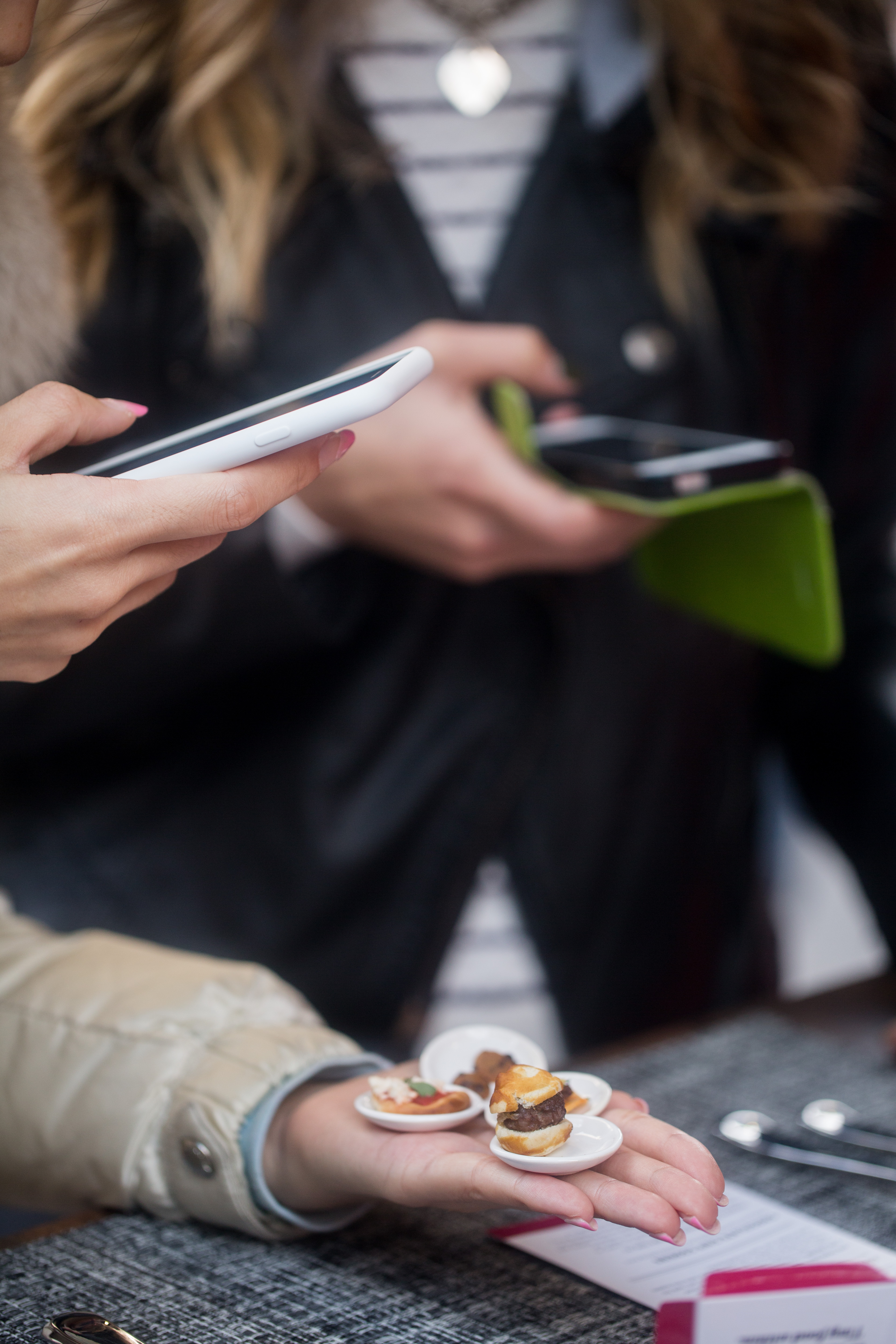 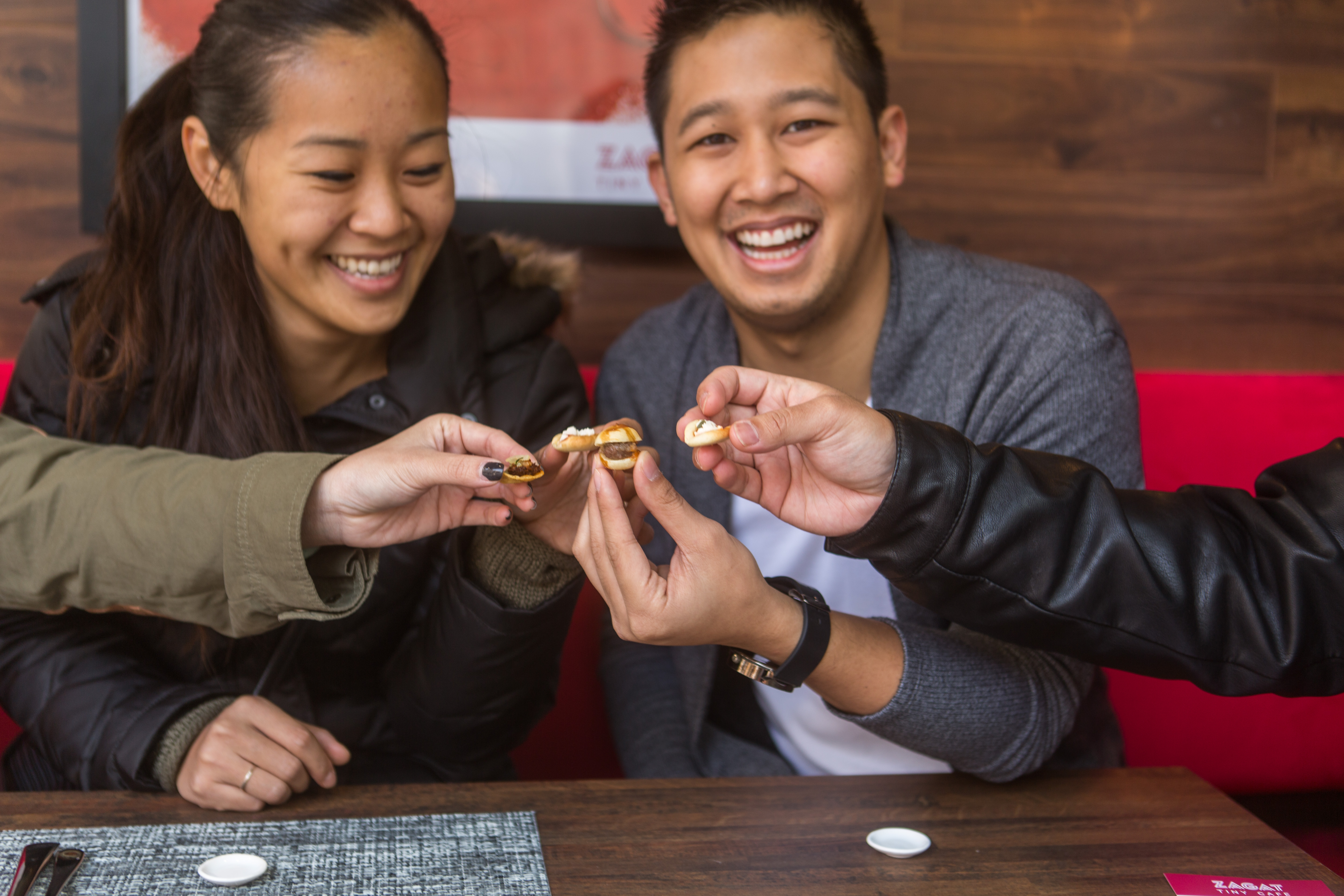 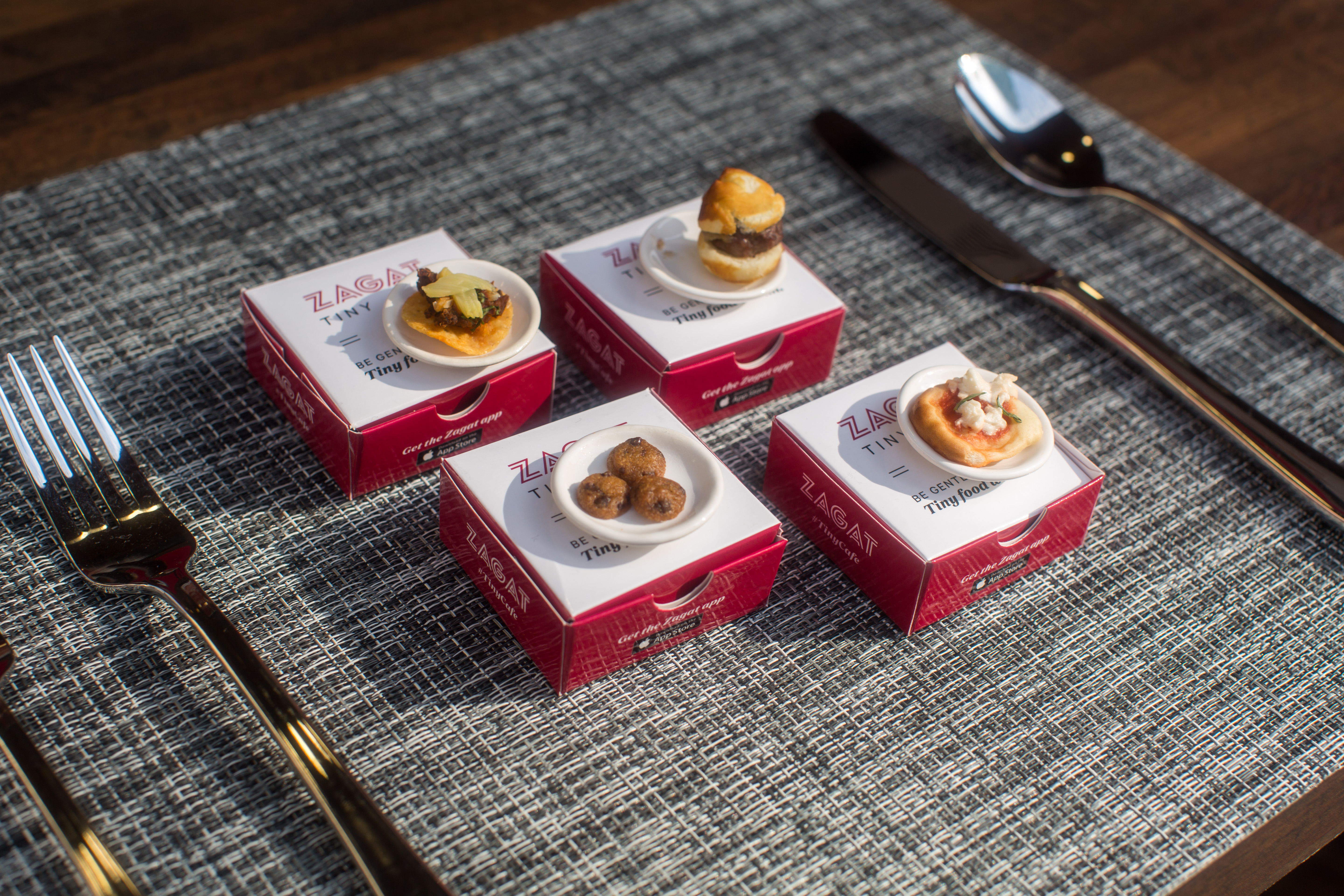