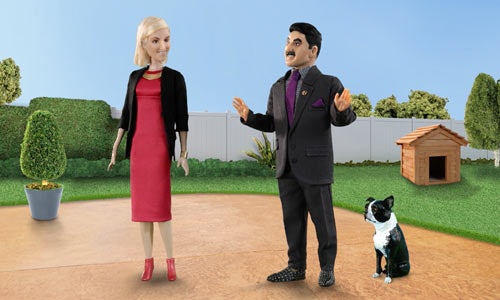 Yours Mine or Ours “House of Dolls”

As Bravo network was looking to expand our programming mix as well as core audience base into the real estate and home design category with the launch of new series Yours, Mine or Ours, it was clear a different type of campaign would be needed to appeal to the right audience of "casual" Bravo viewers and a qualified real estate/design aficionados. With a limited production budget, we needed to create a series of videos designed for Facebook that would successfully create awareness for the new series and set up the show concept in a clever, engaging way. The videos would need to appeal to people with a love for design, architecture, and hobby-based interests all while clearly setting up the show's premise without being too straightforward like any run of the mill promo. With an exciting new show lined up to help break into the category, our unique type of awareness campaign was created to help break through perception of the network, create awareness of the actual show theme, garner quantifiable pre-awareness and engagement and, ultimately, attract this viewer to Bravo.

From a creative perspective, we developed 15 unique, custom videos that introduced the new show premise in a way that directly spoke to the specific interest categories of our target audience – using a data mining exercise we employed to find this key information. We found that the best way to reach our target audience was to create ads specifically designed to target what we know they're interested in. These interests ranged from design preferences in keeping consistent with the show theme (art deco, nautical, or more hobby based interests that were still relevant to our demographic (yoga, tennis, DIY, etc). So if "Mid-century Modern" scored well, we created an ad just for that interest. We then combined the architecture style (eg: Mid-century Modern) with a high scoring hobby (eg: Yoga) to double down on subjects we know our target is interested in. From an execution standpoint, we were able to pull this off in a cost-effective manner by building a dollhouse with 6 differing architecture styles of room, and then shooting live-action within them. To get the most out of this dollhouse technique, we placed different style and hobby based items in each room (depending on the target we were going after), all in an effort to create 15 unique and entertaining video ads.

In addition to having custom creative content for different subgroups of our target, we wanted to ensure efficiency with the investments behind each asset. The one month campaign was structured into three unique flights. In the first phase, the campaign kicked off with a hyper-targeted buy across our core interest groups to drive early awareness and discover which buckets were the most engaged (measuring view-rate and completion rate as the KPI). After gaining initial intel of performance from Phase 1, Phase 2's role was to amplify the message even more to the audiences who responded best to content in Phase 1 and maximize the campaign reach across the targeted demo. Finally, for phase 3, we activated and re-engaged users across top performing budgets to drive the highest tune-in impact for the day of the shows premiere.

Video for Yours Mine or Ours “House of Dolls” 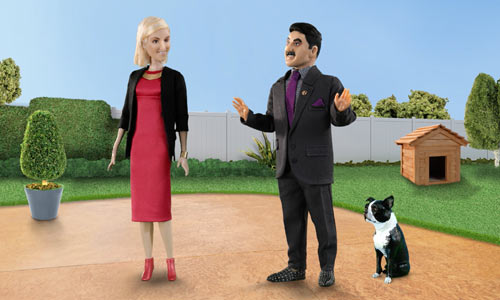