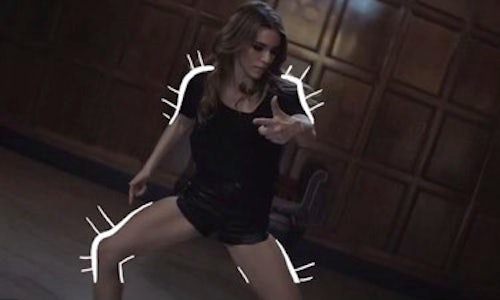 In an era of increased ever more pervasive media fragmentation and ad blocking, it's increasingly hard for brands to connect with young people through traditional advertising outlet. As such, brands are increasingly finding that the best way to market their products is to create entertainment that consumers actively seek out. This is particularly true when marketing to Gen Z, a consumer group who grew up with the Internet, and who not only demand that brands entertain them but that entertainment mutate to engage with them as a friend would. Our challenge was to position AT&T, a 131-year-old company with whom most young people had limited if any direct interaction, as a part of their community, driving brand relevancy and, ultimately preference.

Instagram influencer Amymarie Gaertner is not your typical dancer. She didn't learn how to dance at a school or in a studio; instead she taught herself, watching hip hop videos online, mimicking the moves over and over until they felt natural.

Tapping into this fan desire, and making use of the just-released Instagram capability to upload 60-second-long videos, we created "Your Move"—the first-ever Instagram dance school that fans could participate in. Over the course of the series, AT&T and Amymarie taught her fans a dance progression that she'd choreographed herself. Each 60-second episode featured a new part of the dance, slowed down and illustrated, so that even without the sound turned on fans could follow along and practice their moves. Fans loved the illustrated guidelines: "Wow, Amy that's great! Animation really helps me understand" and "I'm starting to get the hang of it!"

As Amymarie demonstrated, she asked fans to share via #HelloLab their funniest, silliest, and awesomest versions of each move so that she could give them a little one-on-one guidance. Fans were excited to submit their own moves, and each episode featured a fan roundup, where Amymarie picked and highlighted her favorite fan uploads, even offering more specific instruction to individual fans as they improved alongside their dance-school community. At the end of the season, Amymarie invited her fans to perform in a "graduation recital" by tagging their versions of the dance so that they could be featured in a final epic music video.

With the recent update to Instagram video, we found that tapping into the 60- video feature provided great opportunities to take content to the next level, not only through overarching premise of an Instagram-hosted dance school, but down to the details of the animations in the tutorial videos. Our fans loved the episodic quality and were impressed by the high level of production that went into each new episode of "Your Move." This love translated into shares, helping the series exceed KPIs with over 3.2MM total views, 26MM impressions, and 124K engagements.

We received overwhelmingly positive feedback from fans as a whole and the inclusiveness that was extended to dancers of all experience levels—with comments like this one from @huntiejean: "Can't wait to emulate the moves in my own amputee, adaptive way." Amymarie's passionate fan community not only directly messaged her to share the positive impact the show had for them but supported each other as they developed as dancers. And throughout it all, AT&T was a welcomed friend within the fan community, with many fans directly thanking the brand with comments like @mariadancegirl's: "Thank you and AT&T Hello Lab for this! I'm so glad that I was a part of these amazing dance videos! I've never thought that I'd be in your videos on Instagram! Dreams do come true." And @promotingthebeat leaving this message," That was such a nice way to give back to your fans. Congrats to you and AT&T. All the best."

Video for “Your Move” | The First-Ever Instagram Dance School 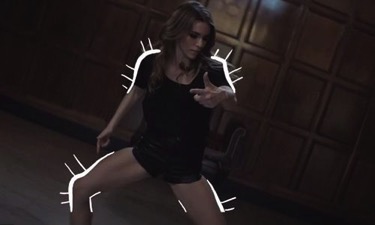