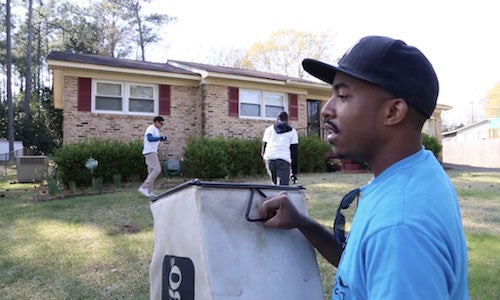 Briggs & Stratton, the world's largest manufacturer of small engines for outdoor power equipment, knew reaching beyond existing core users was critical to the future growth of the company. To reach a new, younger audience the team at Briggs & Stratton tasked its agency, Lindsay, Stone & Briggs, to launch a new brand positioning - You.Powered. – in a meaningful way.

The insight behind You.Powered. is that it's the people using outdoor power equipment who are achieving great things. The equipment didn't accomplish anything without the end user; it was simply a tool to help the end user achieve a feeling of accomplishment.

Armed with this insight, we developed a strategy to celebrate individuals who use outdoor power equipment to go above and beyond, helping their neighborhoods and communities. We used storytelling to celebrate these folks, share their accomplishments and do so in a way that was meaningful to a broad audience.

We set out to identify authentic, real-world stories and people who embodied everything that defines You.Powered. After extensive investigating, pre-interviews and phone calls we narrowed our list of initial stories.

Criteria we considered were legitimacy of the person/program, impact of the program, social media influence, uniqueness of the story and ethos aligned with You.Powered.

Once the video exploded on social media, garnering "viral" attention, we took our story to the editorial media with aggressive public relations outreach. We believed demonstrating strong consumer interest in the videos would give us the credibility to pitch editors and also set the stage for pitching subsequent videos as they launched.

We knew we had found a powerful story and it was clear, within a few days of launching, that Rodney's Story had struck a nerve. The video generated tens of thousands of video views per day. As this was happening, we launched into full-on community management mode, tracking and overseeing positive brand mentions and comments. The response was truly inspiring.

We measured success through a number of indicators, including earned media impressions, video views and social sharing.

This led to unprecedented social engagement for Briggs & Stratton. We shattered our projected video views and received positive comments from people who don't traditionally engage with the brand.

And it was perhaps just a coincidence that corporate sales and profit were up in Briggs & Stratton's fiscal 2nd quarter.

A sampling of video comments: 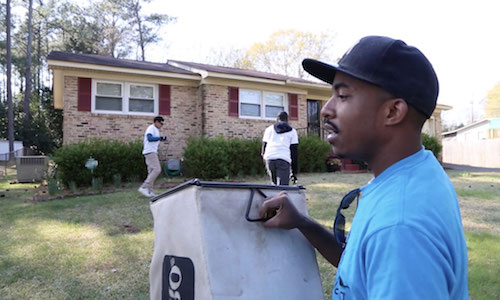