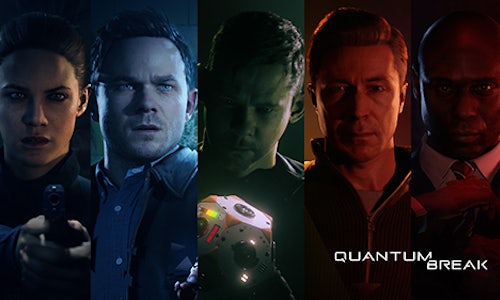 The 3rd-person shooter space has continued to generate similar games and the category itself has become stale. Elaborate launches, cinematic trailers and extensive pre-release goals mean there has become a formulaic approach to generate awareness and hit targets.

Gargantuan competitors such as Call of Duty and Battlefield release titles every year, keeping the stakes high and crowded.

Everyone takes time for granted. But in Quantum, time was an unpredictable force. One could exploit a time stutter to evade an enemy. Stopping time to get more shots off, for instance.

Our Challenge was to differentiate the latest release from Microsoft, Quantum Break, among the swath of other 3rd-person shooter titles available, delivering positive purchase intent and consideration for the game.

Through our research, we landed on a single guiding insight: our target has seen it all. The guiding principles of our approach were that our audience seeks fantastic experiences that break them away from their daily routine. Our audience loves discovery, and spends a disproportionate amount of time on their mobile. So it got us thinking.

Parallels exist between the console gaming and mobile experiences, with people heading to both platforms for entertainment and immersion.

2) Both platforms enable a user an escape via entertainment

3) Both largely require users to hold something in their hands… a controller for consoles, and a phone or tablet for mobile

Much like a gamer's controller vibrates in their hands while playing a game, we brought that same sensation to their mobile video experience – the perfect parallel!

We approached Opera (now AdColony) with the idea for haptic feedback (the use of sense of touch) being applied to our video. A beta opportunity existed, specifically for haptic pre-roll technology (Android devices only). At key moments in the video, when the game's time stutters were happening, we placed a rumbling vibration in the user's hands. This paralleled the gaming experience and narrative, but also surprised audiences with a more premium gaming norm delivered via mobile.

In addition to haptic video, we also wanted to give users the option to explore the game more fully, in the form of an immersive/interactive end-card. Here, users could explore a photo gallery, additional videos, or click through to the game landing page to pre-order/purchase the game.

This rare and powerful combination of sight, sound, motion, vibration and immersion was exactly what Quantum Break needed to stand out in a cluttered marketplace.

On Xbox, much work is being done to connect attitudinal metrics, such as purchase intent lifts, to business results. This helps verify that our campaigns are influencing meaningful consumer intent and behaviors.

Using this metric as the Primary KPI, we know that the Opera execution was successful, as it amassed a +4.6 pt lift in Purchase Intent, which is nearly 2X the Nielsen Gaming benchmark of +2.7pts! This execution broke through & made an impact on our target.

Our secondary KPI was user behaviour, where we successfully delivered Video Completion rates near 95% (Opera benchmark VCR = 87%), and engagement rates as high as 5.6% (Opera benchmark ER = 5%), these behavioural signals reinforce the Attitudinal shifts – the more engaging we made the experience, the longer the users stuck around, leading to greater attitudinal effectiveness & landing the message. 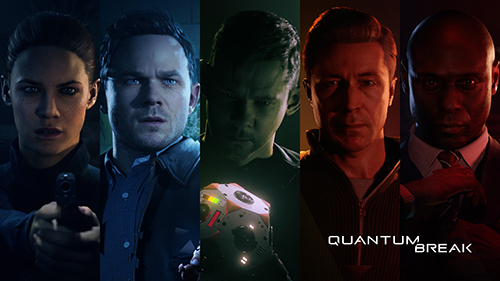