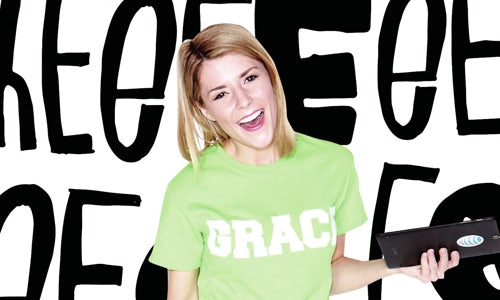 Writing With Grace: Fan Co-Create the Ultimate YA Novella on Wattpad

Most of us don't spend our days reading the engaging—sometimes raunchy—writing of influencer fan fiction. But if you did, you'd find an imaginative, passionate community full of talent already writing totally insanely weird stories about Grace Helbig. Tapping into this wonderfully weird world and Grace's own success as a writer, we created "Writing With Grace"—a social media experiment that crowdsourced a humorous YA novella co-written with Grace. To execute this, we teamed up with the popular developing social platform, Wattpad, where fans could read selected chapters, write their own versions, and participate in real-time writing workshops, all with the AT&T brand positioned at the center. Wattpad, one of the fastest growing social media platforms, is dedicated to users working together to workshop their writing and read upcoming writers primarily through their mobile phones.

As the first-ever celebrity influencer writing contest on Wattpad, "Writing with Grace" invited fans to collaborate on a serialized story, Freak Week. Initially announced on Grace's YouTube page, the contest was a way for fans to create an original story with their favorite online celebrity. After sharing the first chapter on Wattpad, she went to YouTube to share writing tips and prompts for the fans to take their own stab at writing the next chapter. Every week, the story was updated with a new chapter, in which the fans created evil villains, made emotions rain down, and hacked the solar system.

Wattpad utilized display ads, full-page interstitials, and social media promotion to drive awareness and engagement. Lastly, the work transcended the Wattpad community with cross-promotion of the contest on Grace's own YouTube channel and a live reading on stage at VidCon 2016. At the event, Grace read the completed story with a cast of fellow YouTubers.

The contest was a truly native Wattpad experience, encouraging conversations and creativity among the platform's global community. Comments on the story revealed the surprise and delight of fans who worked on the project. These fans not only listened to what Grace had to say, but passionately collaborated on the largest brand-sponsored writing workshop in history.

Behaving natively and like a friend helped Freak Week become the most read US story in Wattpad campaign history, exceeding read benchmarks by 33 times the target amount. The story has ultimately accumulated more than 340,000 reads, meaning that fans spent more than 634,000 minutes reading Freak Week, a feat that resulted in the title reaching the #1 spot on Wattpad's general fiction hot list. Not only did the fans read, but they passionately shared Freak Week across their social platforms, resulting in more than 24 million impressions.

Video for Writing With Grace: Fan Co-Create the Ultimate YA Novella on Wattpad 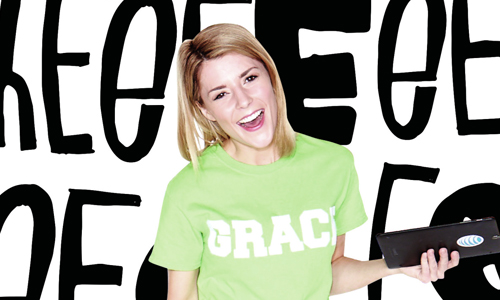