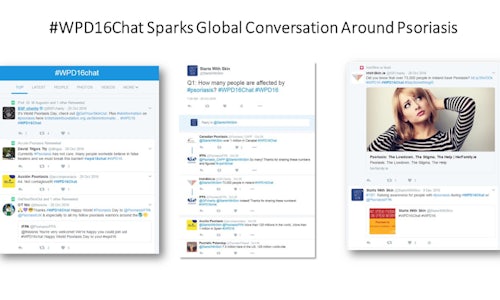 If you're like most people, when you hear psoriasis, you likely think "dry itchy skin." However the impact of psoriasis—a serious autoimmune disease that can cause physical and emotional pain— reaches far beyond the surface of the skin. As a public health challenge affecting an estimated 125 million people globally, the social and economic implications of psoriasis are just as profound. People living with psoriasis report experiencing a high degree of social stigma due to widespread myths and misperceptions around the visible symptoms of the disease, inhibiting their ability to fully participate in normal daily life. Additionally, although many actively seek information about their disease online, discussions remain primarily focused on superficial skin symptoms, leaving the underlying autoimmune disease and comorbid conditions associated with psoriasis largely overlooked.

To elevate awareness around the true nature of psoriasis, the AbbVie Global Public Affairs team partnered with the International Federation of Psoriasis Associations (IFPA) to conduct AbbVie's first global World Psoriasis Day Twitter chat, held via AbbVie's dermatology-focused disease awareness handle, @StartsWithSkin, on October 28, 2016. To spotlight the World Health Organization's (WHO) recognition of psoriasis as a "serious global problem," #WPD16Chat centered on IFPA's theme, "Breaking Barriers for People With Psoriasis." The chat objectives were to:

The WHO's acknowledgement of psoriasis as a global health problem with high societal and individual burden and IFPA's dedication to educating the international public around the seriousness of the disease meant that the most impactful way to help those suffering from psoriasis was to think big—and think globally.

Though it lasted just an hour, #WPD16Chat was months in the making, requiring precise planning and coordination across three continents, three languages, two global organizations, and several time zones. With the Spectrum team supplying social media expertise and logistics know-how at every step of the process, AbbVie worked closely with IFPA to encourage chat participation among IFPA's international network of affiliated advocacy organizations, and promoted the chat in advance via a mix of paid and organic promotion, in order to reach as many potential participants as possible. The chat was held one day in advance of the official observance of World Psoriasis Day (October 29) in order to occur on a weekday, maximizing opportunities for global participant engagement.

Because #WPD16Chat was the first global Twitter chat conducted by AbbVie, the AbbVie/Spectrum team worked diligently to help build excitement and participation for the chat with internal stakeholders, gaining cross-departmental alignment and setting the standard for consensus-building and internal education around navigating real-time social media efforts, while staying within regulatory guidelines. Given the unpredictable nature of a Twitter chat, these efforts ultimately proved critical to allowing for positive spontaneous participant interaction in real-time, while controlling for potential off-topic engagement. In approaching #WPD16Chat as a collaborative and open process, the chat was recognized by AbbVie as a benchmark for inclusion and consensus-building, setting the stage for future real-time social engagements.

Leading up to the #WPD16Chat, AbbVie leveraged its global Twitter presence in Canada, Hungary and Germany to generate global support by re-tweeting the invitation and encouraging local participation. Tweets issued during the chat drove to the 2016 World Health Organization global report on psoriasis, as well as IFPA's website and video content focused on the burden of the disease, which can be viewed here.

Together, the AbbVie/Spectrum team was honored to facilitate discussion around the social stigma that people living with psoriasis face, and to address myths and misperceptions around the variety of challenges that people with psoriasis experience every day, creating understanding around the real nature of the disease. Overall, the greatest success of #WPD16Chat was in creating an empowering, honest, transparent communications platform that helped bring the far-reaching, often dismissed and commonly overlooked impact of psoriasis to the surface for advocates and patients alike. 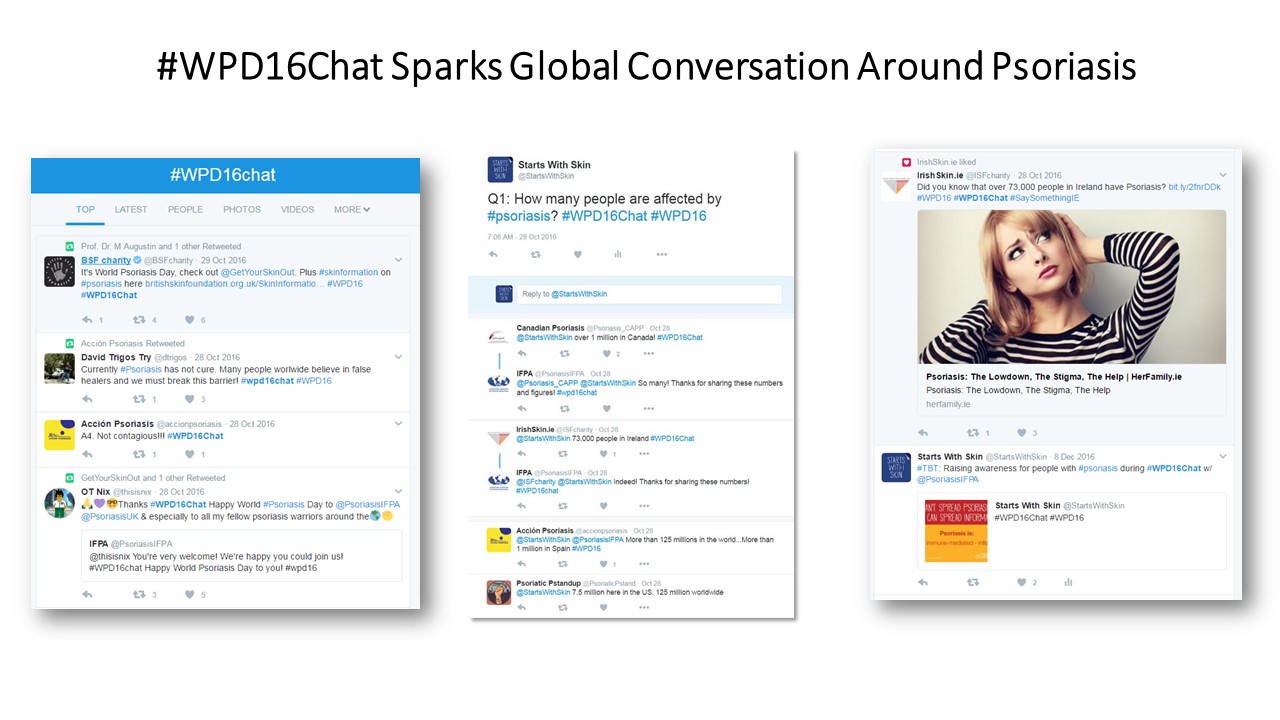 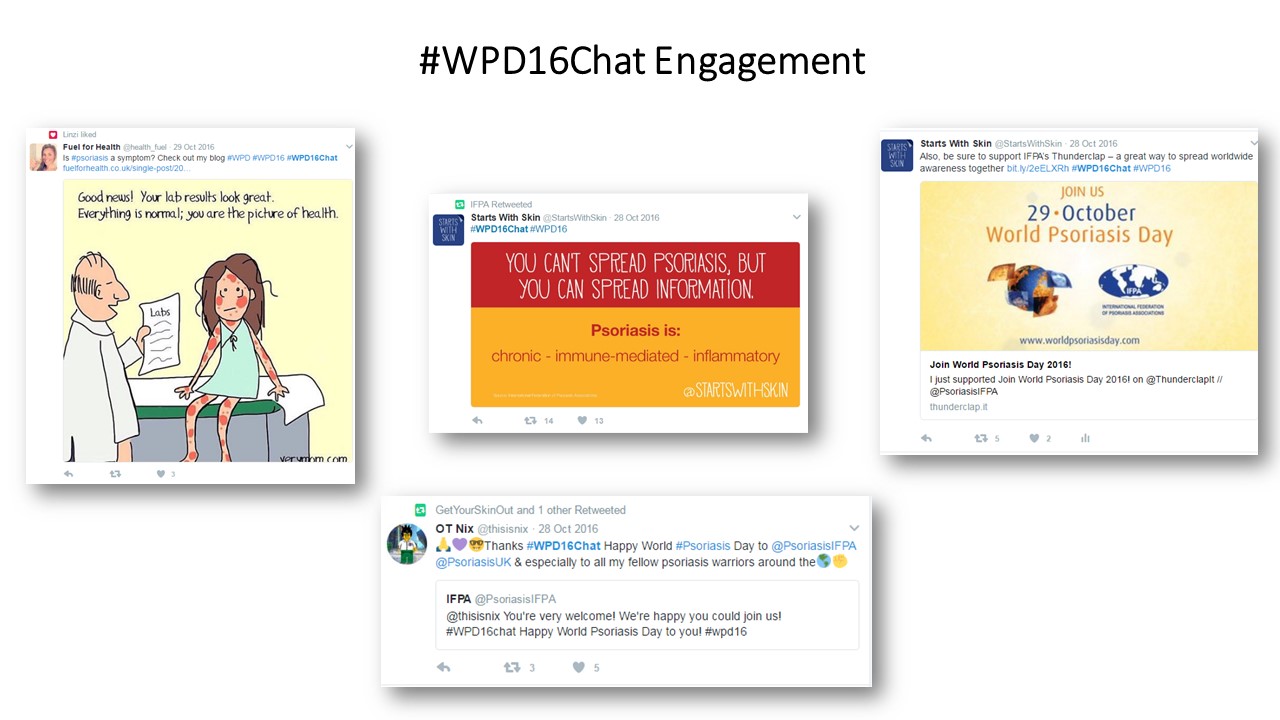