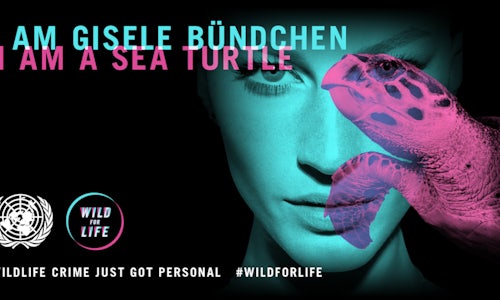 The world is dealing with an unprecedented threat to wildlife; trafficking of wildlife products is driving many species to the brink of extinction. Endangered species are being illegally collected and killed to supply consumers with "exotic" pets or products made from animal parts. Wildlife crime has resulted in environmental, social, and economic strains that threaten the well-being of the planet and its inhabitants, both human and otherwise.

Recent demand for wildlife products like ivory and rhino horn has resulted in the rapid decline of many populations, in turn disrupting the balance of ecosystems and endangering the sustainable development of involved communities. Often more desirable as their rarity increases, wildlife products are consumed primarily in Asia as traditional medicine, social status symbols, and tourist trinkets.

The #WildForLife campaign aims to mobilize millions of people in support of protecting endangered species and encourage individuals, governments, and businesses to help end wildlife trafficking. The campaign's first goal is to engage and educate people who are generally less exposed to the issue and are unaware of how they may be connected to the illegal wildlife trade and what they can do to help. This is accomplished by increasing knowledge and personal empowerment and encouraging zero tolerance at all levels.

In 2015, we saw tremendous progress in the way of garnering support for the cause of tackling wildlife crime. A prominent example of this occurred when media outlets and users of social media demonstrated passionate reactions to the death of Cecil the Lion and Satao the Elephant, well-loved individuals whose poaching were widely publicized and lamented. Wildlife crime is not a new issue, so why did the deaths of these two animals inspire such passionate responses? They had names.

A name is something intimate and personal. It is the first thing you give someone when you meet them-- an act of sharing that breaks the barrier between strangers. Because Cecil and Satao had names, they were seen as multidimensional, relatable beings whose lives had value. Their names helped to reinforce their identities and bring people closer to them, thereby raising emotions towards their peril. With this in mind, UN Environment sought to make wildlife crime personal by asking people to find their kindred species and lend it a name as a symbol of love and protection. Users discover their kindred species by taking a personality quiz. Once the results have been processed, the user can create a morph image of their own face and the face of their kindred species to share on social media. They can also take a pledge to make conscious, informed decisions when buying goods to avoid consuming animal products.

Much of the campaign's success was made possible by the participation of Goodwill Ambassadors and other influencers. Over 30 celebrities from around the world, including Brazilian supermodel, Gisele Bunchen, football stars Neymar Jr. and Yaya Toure, and movie star couple, Ian Somerhalder and Nikki Reed, engaged their followers by raising awareness and encouraging them to take action. This was done almost exclusively through social media, allowing the campaign's emphasis on shareability to manifest. The campaign was run in 8 different languages, allowing citizens from all over the world to feel connected to and moved by the cause.

Since its launch in May 2016, #WildForLife has reached over 1.1 billion people and prompted 3.7 million social media engagements, making it the UN Environment's most successful digital campaign ever. 10,000 people pledged to make informed buying decisions, and 61,000 people tweeted using our hashtag. The campaign's ability to harness the power of public engagement to influence policy is evidenced by the newly established international protection of several species including pangolins (the world's most trafficked animal), helmeted hornbills, and rosewood. Civil society, government bodies, and key influencers have made measurable commitments to tackle the issue of wildlife trafficking. #WildForLife has successfully garnered the support of 30 Goodwill Ambassadors and celebrities from around the world, with a combined social media presence of 350 million followers. The campaign was named one of the "top 10 most influential advocacy campaigns of 2016 in China" by Weibo, the Chinese equivalent of Twitter.

UN Environment is now building on the campaign's success in the first year and ramping up engagement, including creating new fun activities, recruiting new celebrities, adding new endangered species, producing a comic, and much more, all using social and digital media as main distribution channels. 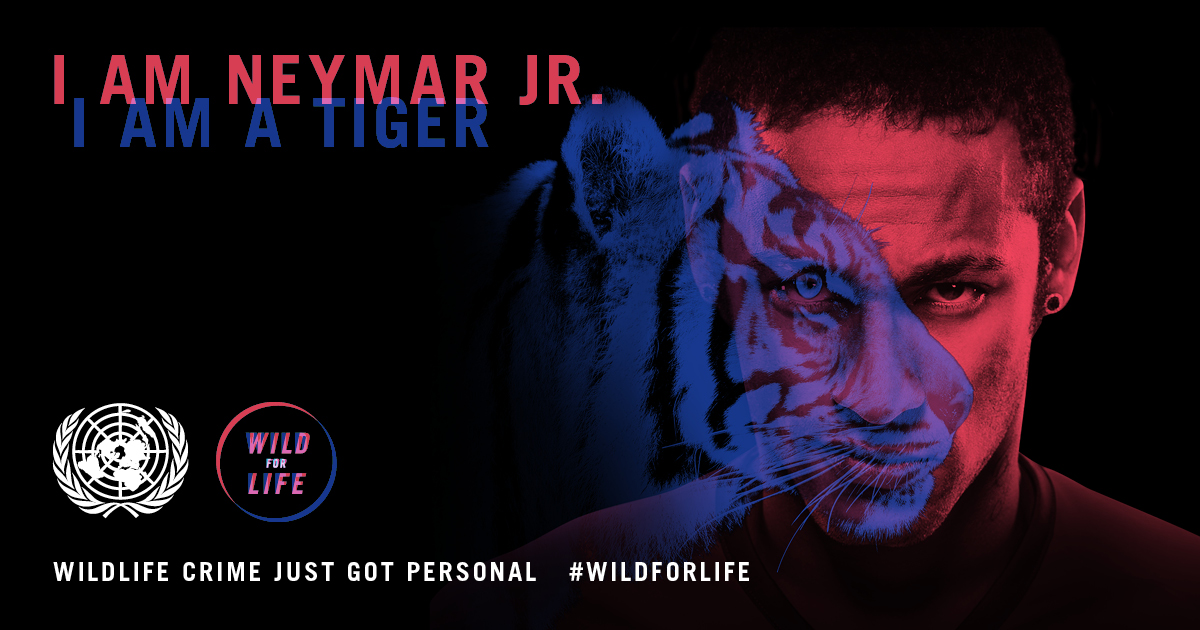 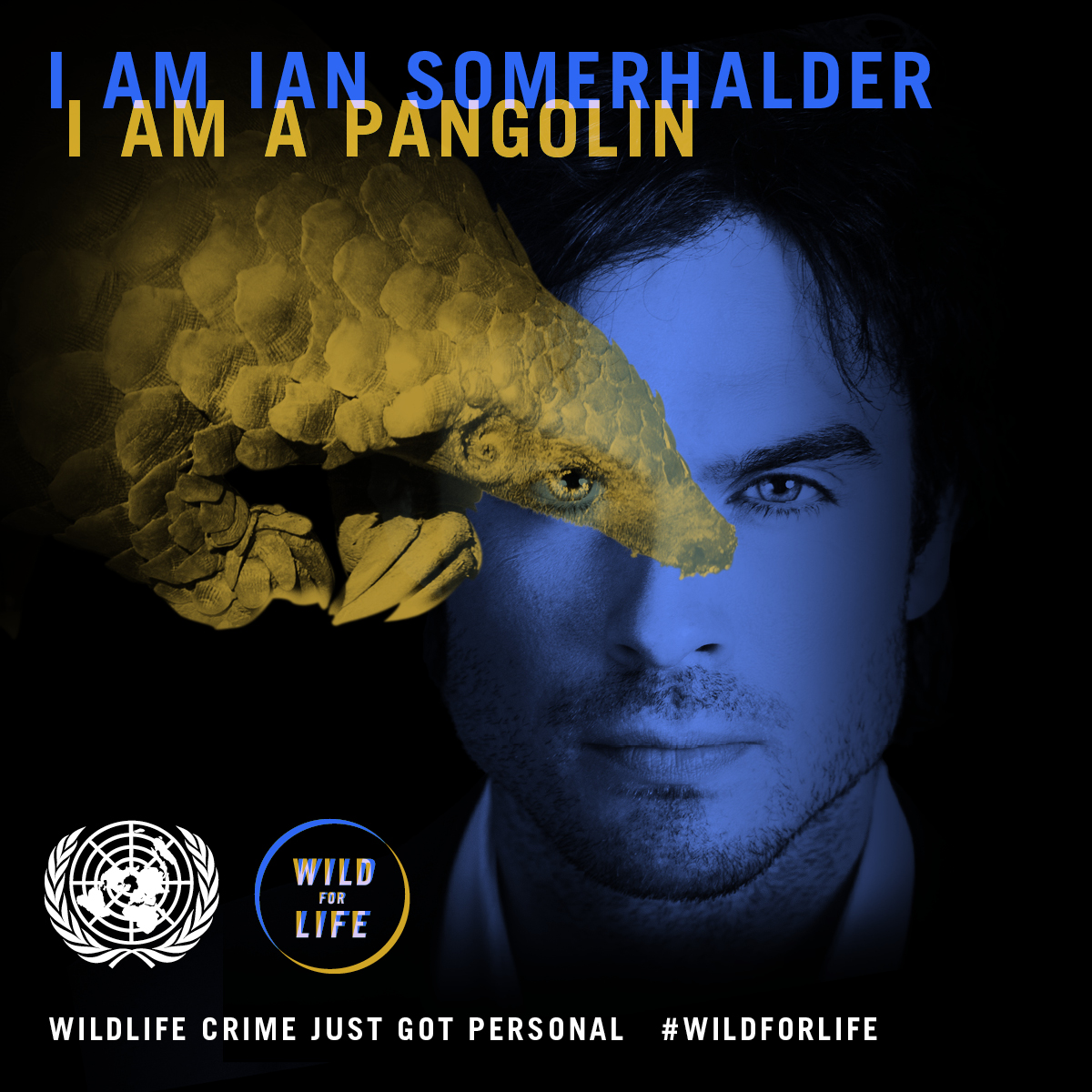 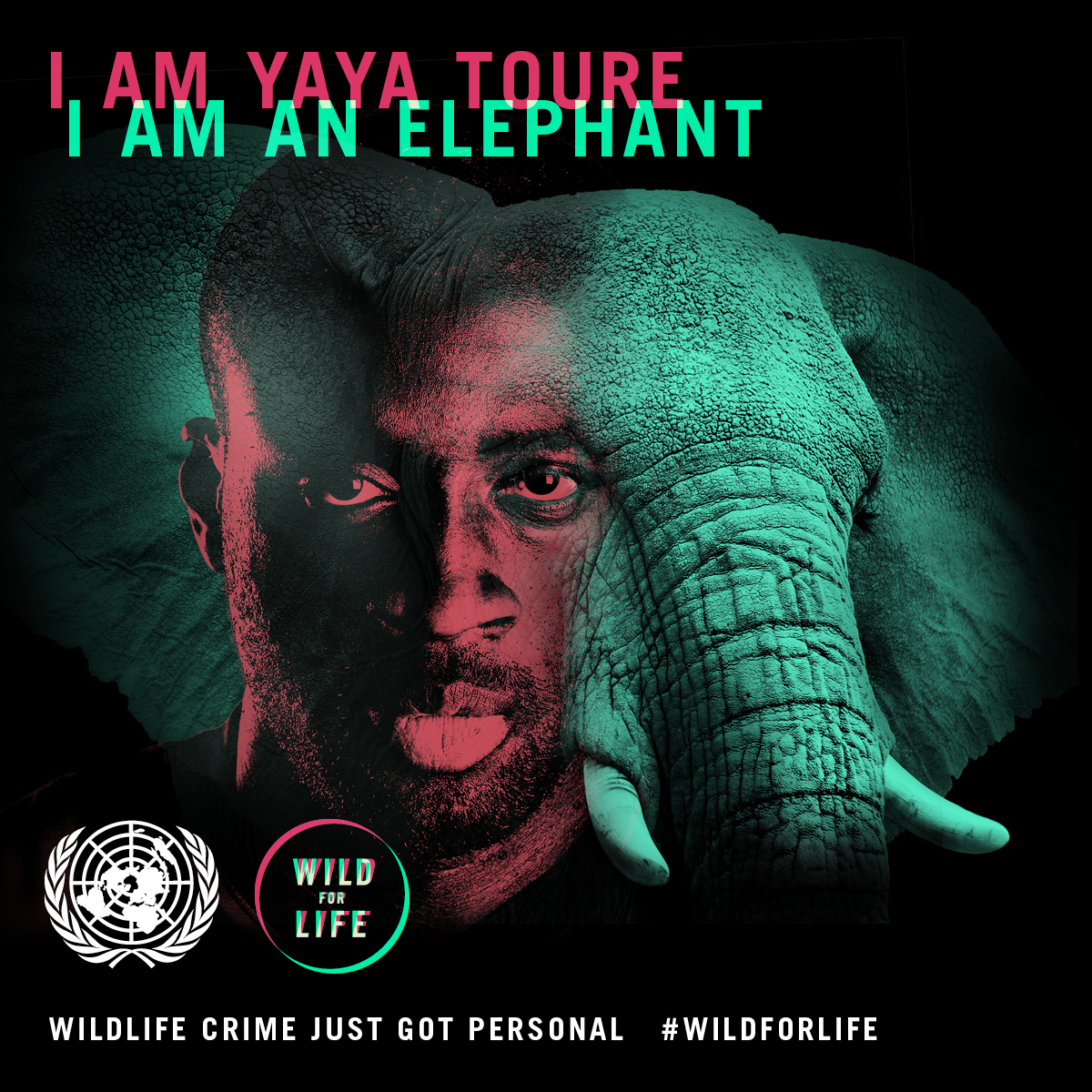 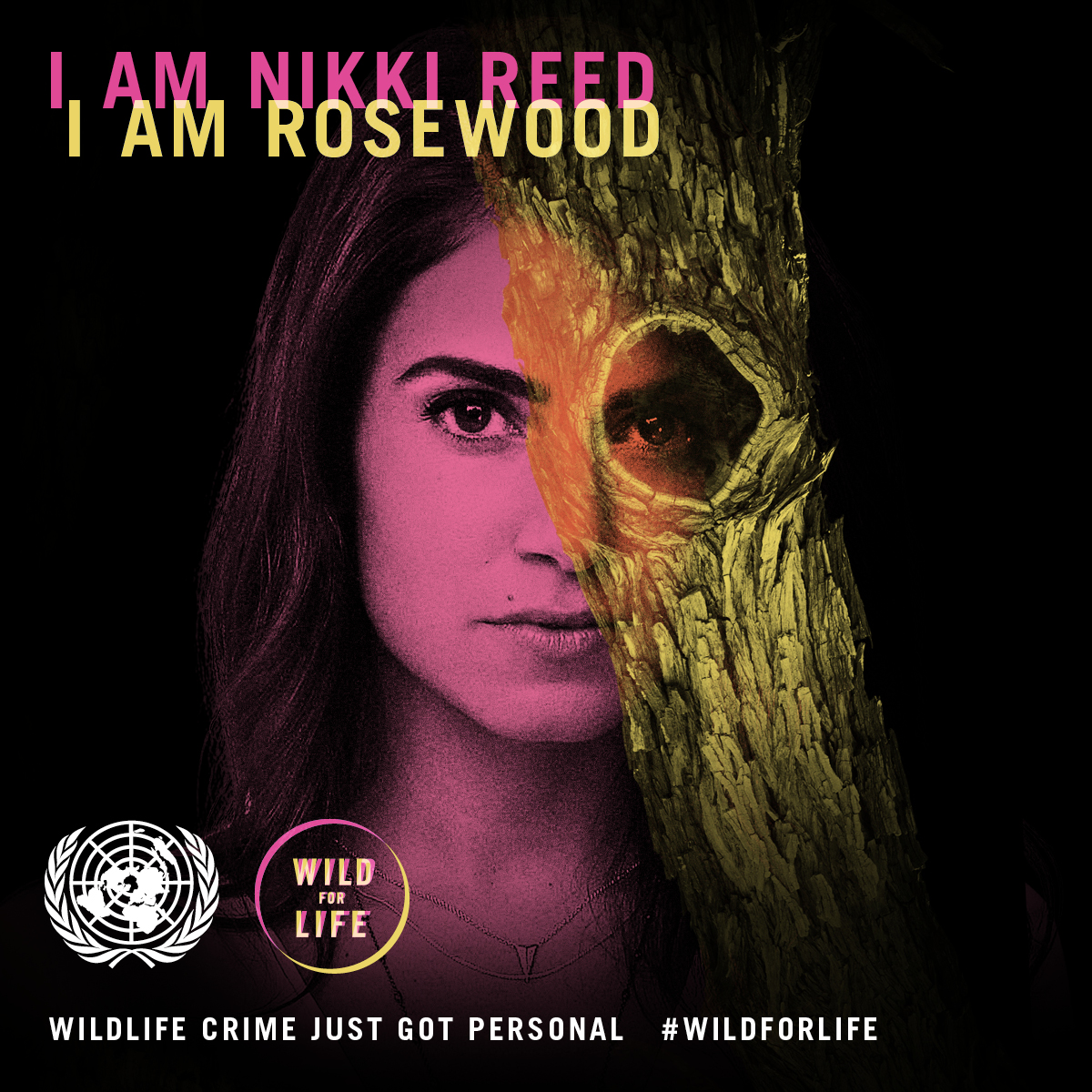 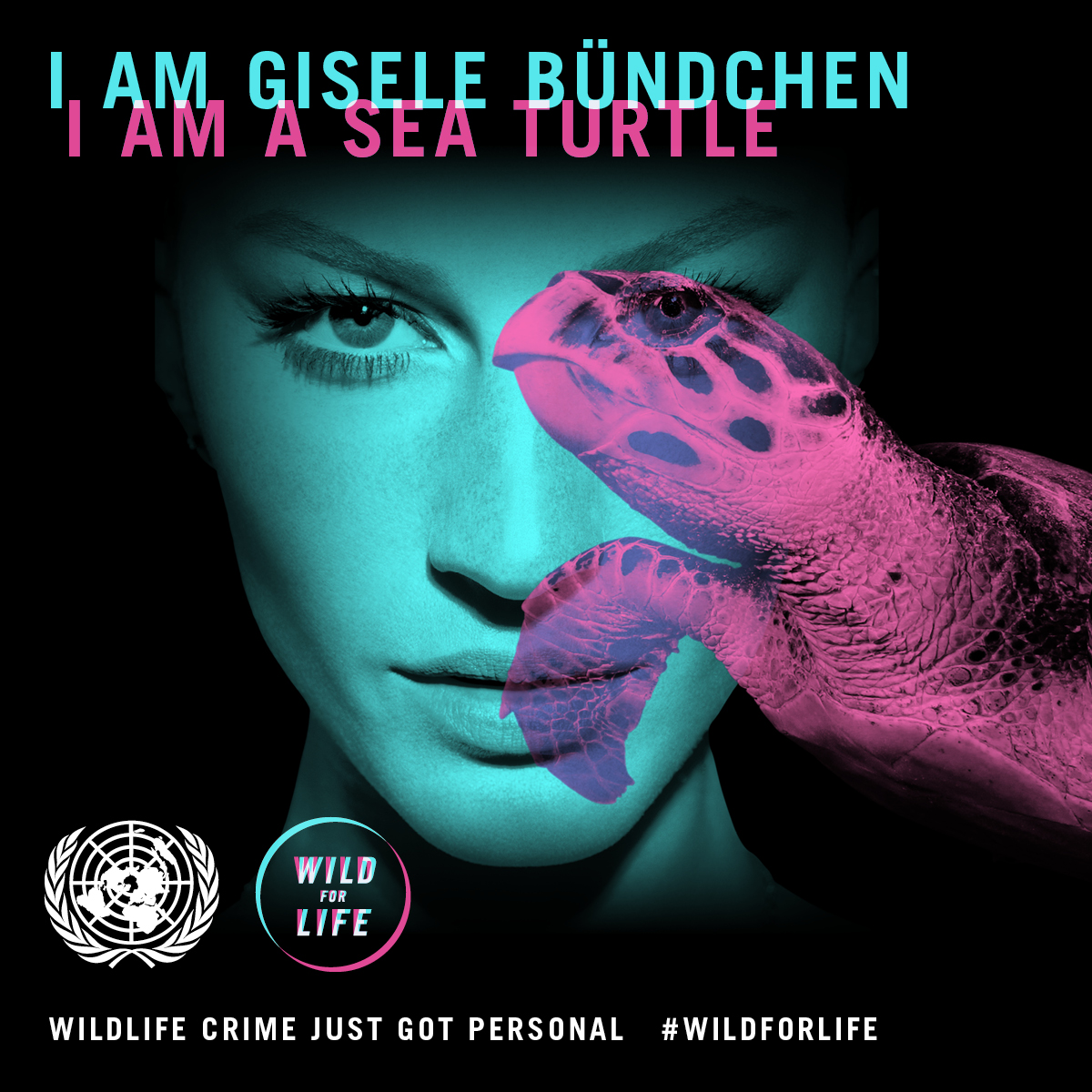 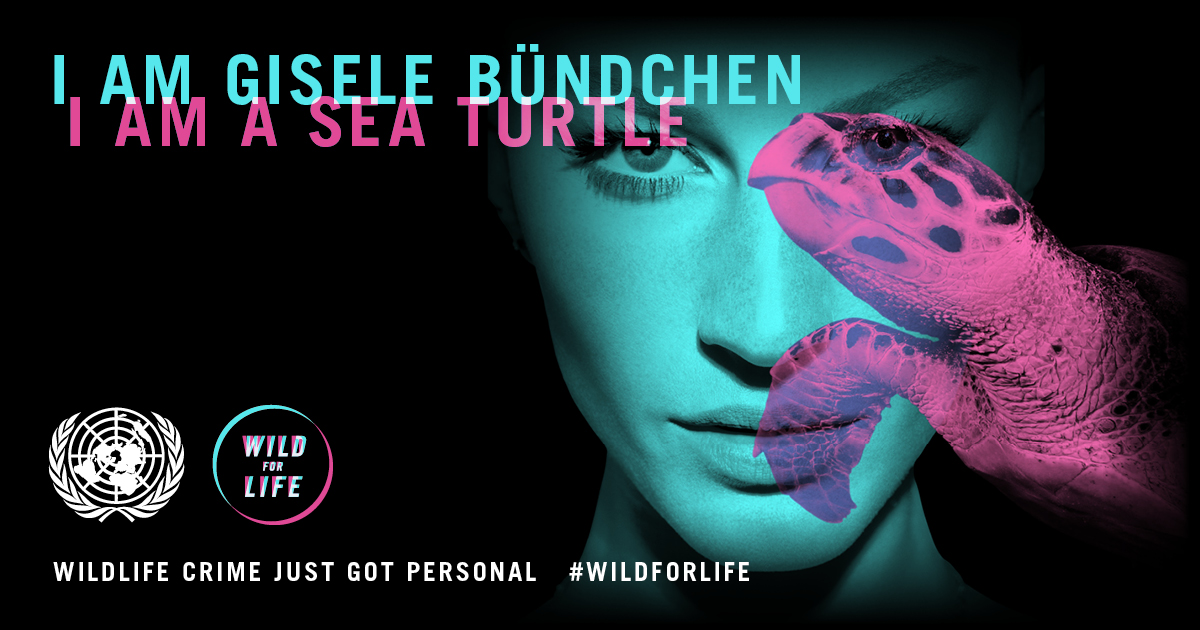