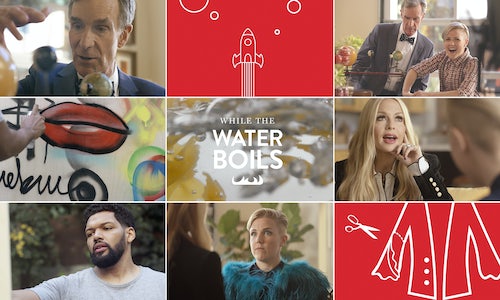 While the Water Boils

Thanks to fad diets and the mainstreaming of more exotic cuisines, pasta had lost cultural relevance and, even worse, reasons for people to eat it. According to Nielsen, consumption of carb-rich foods had fallen 5% between 2011 and 2015, while consumption of protein-rich foods had increased by 7%.

Barilla, as the category leader, needed to reverse the trend. Our research showed that if Millennials—who are medium consumers of pasta—ate just one more serving per month, we could halt the pasta decline and meet our sales goal of 3% category growth by 2020.

We identified the following business and behavioral objectives:

Our big strategic idea? Inspire Millennials to pursue their passions in whatever time they have—even if it's just in the time it takes a pot of water to boil.

As part of our multi-stakeholder program, Passion for Pasta, we launched the YouTube series While the Water Boils to directly reach our audience with sharable, relevant content—all focused on passion. In the series, YouTube influencer Hannah Hart invites famously passionate people into her kitchen to dish about why they do what they do and love what they love, all in the time it takes to cook pasta.

We researched passion points that resonate with Millennials, from art and comedy to science and skateboarding and enlisted personalities who have pursued these passions, like Bill Nye, Wanda Sykes, and Hebru Brantley. These guests joined Hannah in our kitchen to share what "lights their fire," then sat down to a delicious pasta meal inspired by their unique tastes.

Along with long-form episodes, we developed more than 25 pieces of supplemental content, like "how-to" recipe videos, a glimpse into guests' perspectives on food and cooking, behind-the-scenes images and GIFs and instagraphics that became social currency for fans online.

To move the behavioral needle and reach our engagement benchmark, our channel plan leveraged earned, paid, owned, and social tactics, as well as support from our host and guest talent.

Owned: Barilla's YouTube channel served as the hub for all video content, while our Tumblr blog PassionForPasta.com housed GIFs, behind-the-scenes photos, and recipes that could be easily shared within and beyond the platform, which boasts a Millennial-heavy audience. On YouTube, all content included annotations and end cards that served up even more While the Water Boils content to fans.

Earned: We customized earned media outreach to culture and lifestyle outlets that aligned with talent interests. A Media Day in L.A. with Hannah Hart included a visit to People.com (with an appearance on its Facebook Live channel) and interviews with Elle.com, Uproxx and more. We also told Barilla's business story—how a shift toward content marketing was helping support the pasta turnaround—and secured features with AdWeek, Business Insider, and Forbes.

Paid: In addition to sharing our video as YouTube pre-roll and sponsoring posts on social media, we partnered with Mashable to co-create an article about Hannah Hart and how she followed her passions in her pursuit of digital stardom, plus two additional stories about our talents' passions: art, science and fashion. Mashable also issued a community challenge that asked readers to share photos that showcased their own passions. We leveraged content recommendation engines like Outbrain to boost the reach behind sponsored content and earned wins.

• We also saw a flurry of positive comments from fans, including: "Hannah this is AWESOME! And you met Bill Nye, how crazy is that?! Now I gotta go make a ton of pasta to I can watch these as the title implies…& also because pasta :)"

We saw a 50% paid video completion rate and a 55-74% organic view rate, surpassing benchmarks to prove the resonance of long-form content across audiences.

The campaign exceeded benchmarks, with key results including:

•395MM+ impressions, including earned, social and a content partnership with Mashable

•11+ million impressions of the #PassionForPasta hashtag on social

Video for While the Water Boils 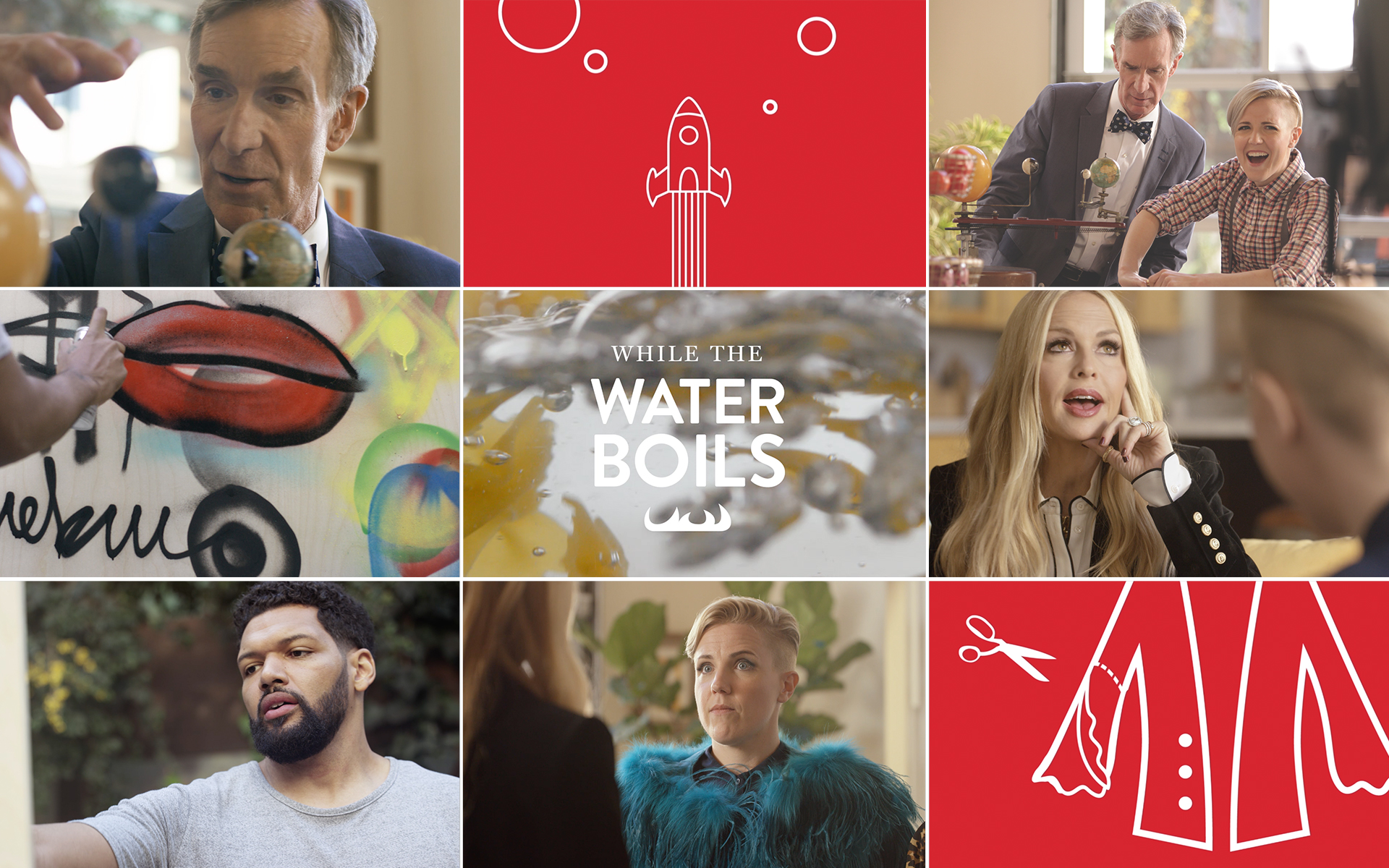 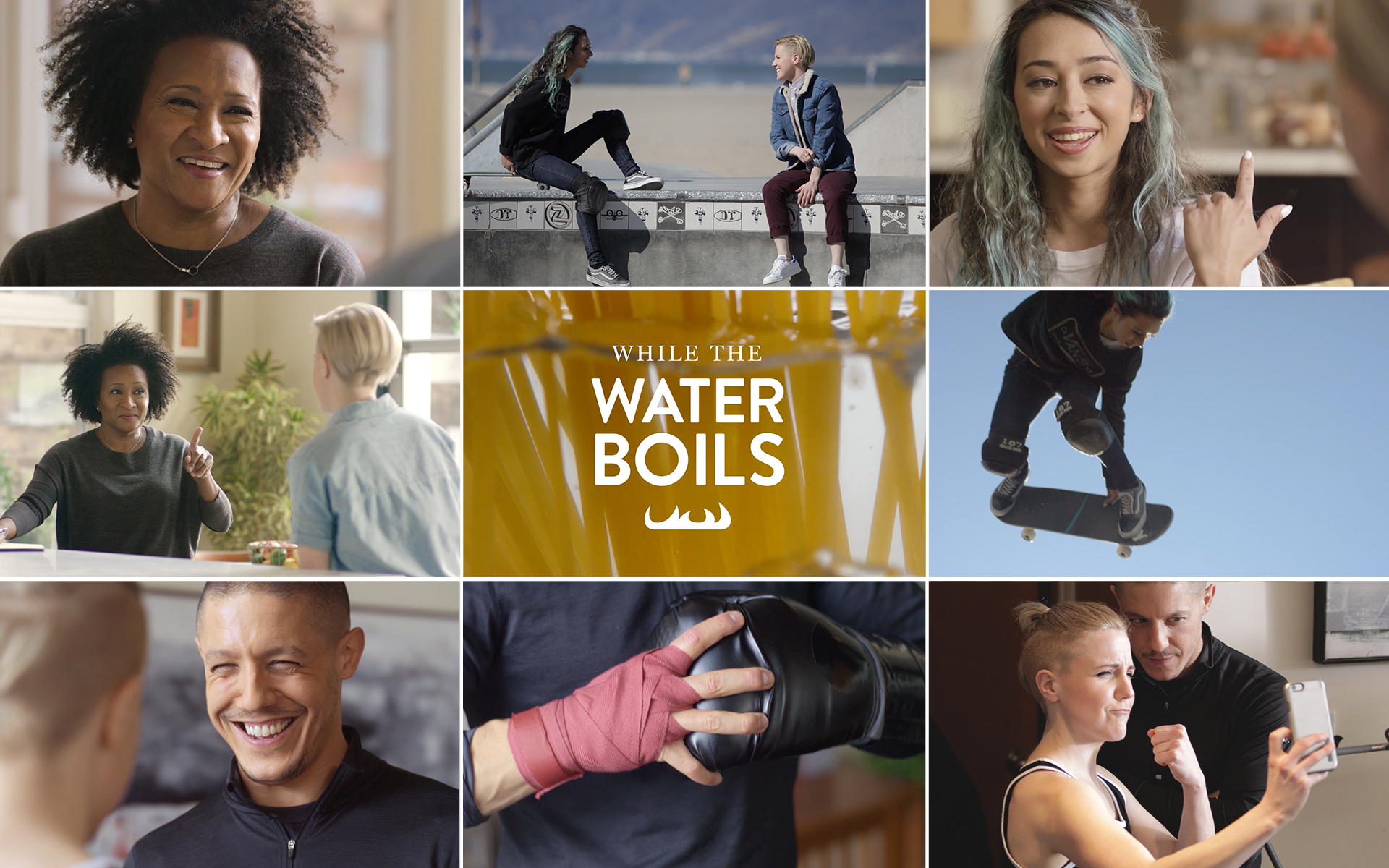