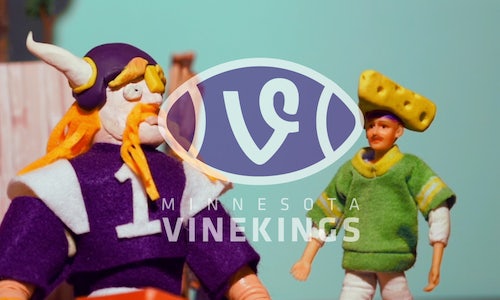 The Minnesota Vikings partnered with award-winning artist Ian Padgham to create unique content in a variety of mediums throughout the 2016 season. Whether it involved claymation, water color painting, stop-motion or illustration, the Vikings were able to create engaging short-form content for a variety of social platforms. While Vine was the main vehicle for the Vinekings program, the videos were also posted on Twitter, Instagram and Facebook.

The goal was to create topical, creative and highly engaging content that conveyed key storylines throughout the year. The Vikings also wanted to expand their social media audience by creating thumb-stopping content, allowing all fans of creative short-form content to engage with the Vikings brand brand in a way that is out of the norm for most sports teams/leagues.

Working with artist Ian Padgham, the Vikings identified key storylines or topical elements to focus on each week. Whether that meant a claymation "Open the Gates" themed video for the team's first home game against the Green Bay Packers or a Mario Run spinoff before the Vikings-Colts matchup, the goal was to expand the conversation beyond the X's and O's of sports.

The videos also utilized water color painting, stop-motion animation of Legos and a time-lapse pumpkin carving to fit in with various themes during an ever-changing season.

The content was posted on Vine, but was just as easily integrated into Facebook, Instagram and Twitter. The videos were often shared by outside social accounts such as the NFL, NFL Network and network broadcast accounts - NBC, FOX or CBS.

Despite an 8-8 season record, the Vikings social growth in 2016 ranked near the top of the league. The Vikings following grew by over 50% on Instagram and nearly 40% on Twitter over the course of the year.

The Vikings-Lions Thanksgiving Day video was the Vikings 11th most watched video of all time with a reach of 3.5 million, 700k views and over 15k comments.

Due in large part to Vinekings and other groundbreaking digital and technology initiatives, the Vikings were included on Sports Illustrated's list of "Most Tech Savvy Sports Teams."

The program also received mentions in Forbes, Fox Sports and Sports Illustrated for it's authentic and one-of-a-kind approach. 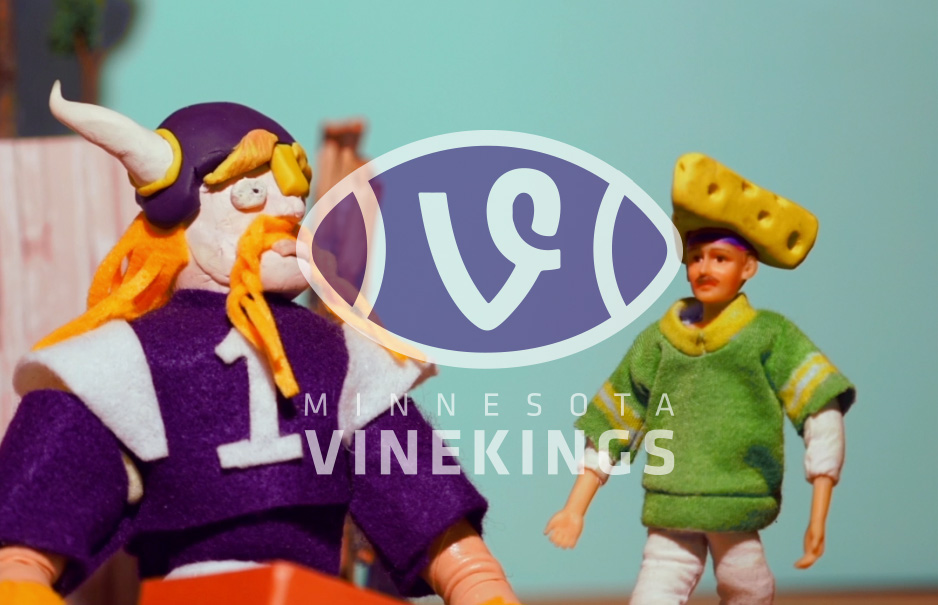