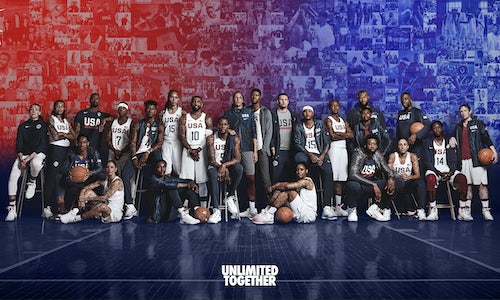 The United States' strength as a nation lies in its unity. It's not the divided states, but United States of America. Better things happen when people come together.

This summer, one divided group came together as one: the USA Basketball team. Each player had their own team, endorsements, style of play, and way of life. But for the 2016 Olympics, rivals old and new teamed up to unite the basketball community and our country as a whole.

Our objective was to use their example to bring America together and rally behind Team USA.

Every four years, most of us can only watch as Team USA represents the red, white, and blue. We eagerly await the moment they take the court and even pin the squad's photo to our walls. We covet their posters, dreaming of what it's like to be an Olympian.

This year, Nike wanted to help make that dream come true. We wanted everyone—regardless of shape, size, or skill level—to be a part of Team USA. We hoped to fit every person from around the country in the world's biggest USAB team photo.

On the road to Rio, we invited supporters to be a part of Team USA by sending in their squad photos hashtagged #unlimitedtogether. It didn't matter if it was a shot of family, friends, or teammates. We wanted to get everyone in, to create the ultimate squad shot.

At the same time, we shared live shots of the team's world tour stops on Twitter, Facebook, and Instagram. That way, every fan could feel like they were on the ground with them from the farewell tour to the gold medal game.

The final result was a work of art, built upon the original team shot. The piece featured hundreds of squads as the foundation of a much larger picture. This was more than a USA Basketball team photo. This was a portrait of a nation united.

As the team worked toward gold, we revealed our artwork in a mural erected at Nike's World Headquarters and a digital billboard in Times Square before the gold medal game.

But in the flurry of the tour, we knew that it was difficult to pause and take everything in. So we captured the entire journey with a commemorative book for the players (and a few lucky fans) to return home to. The book was full of images and words of encouragement sent throughout the tour to support the team while they represented our country.

Across all social channels, there were 7.7 million total engagements and added an additional 511,000 followers who joined the Nike Basketball community.

Our unique #unlimitedtogether filter built up over 524,000 uses, which culminated in a composited team mural, generating over 786,000 views on @nikebasketball's first ever Instagram story. 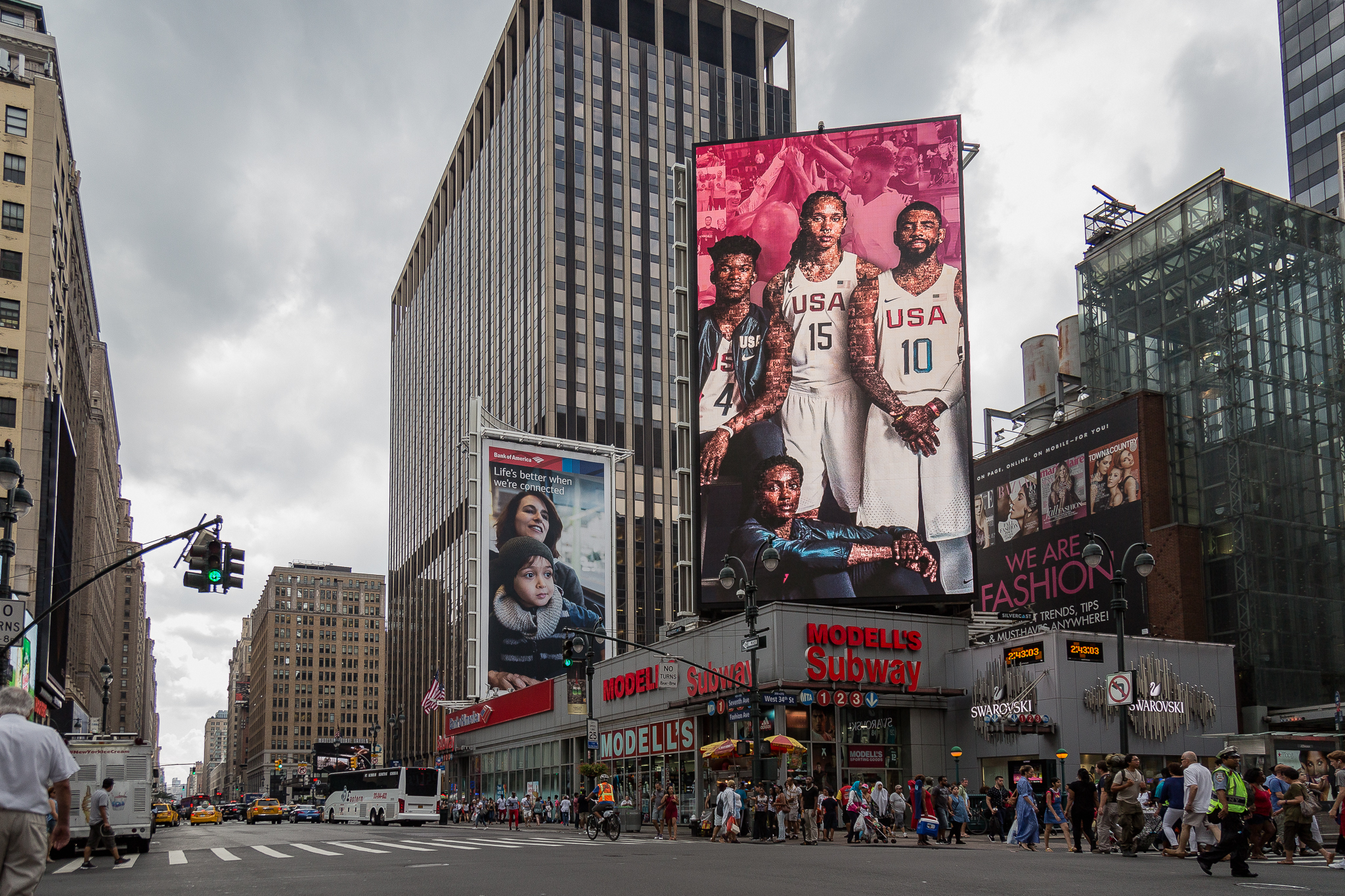 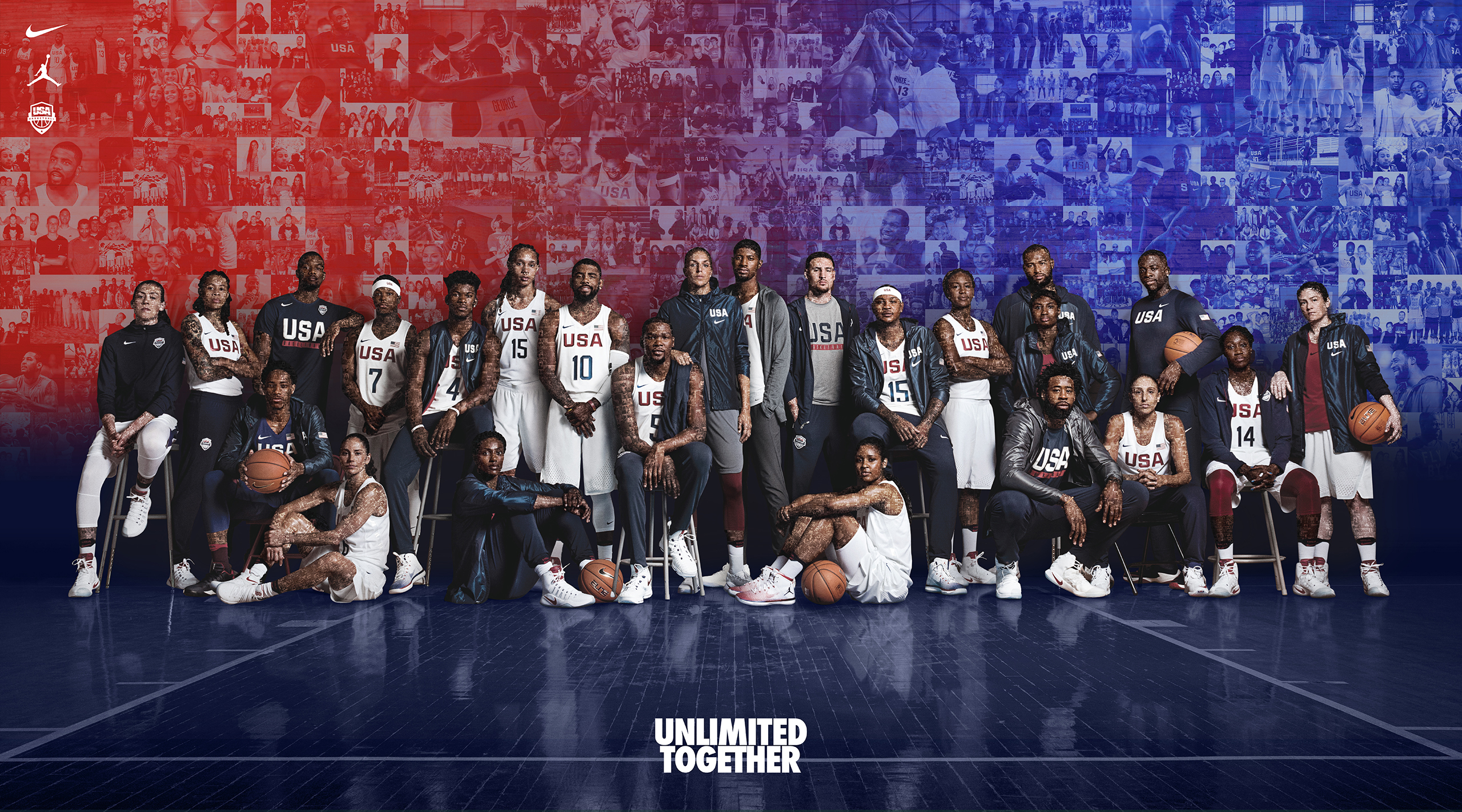 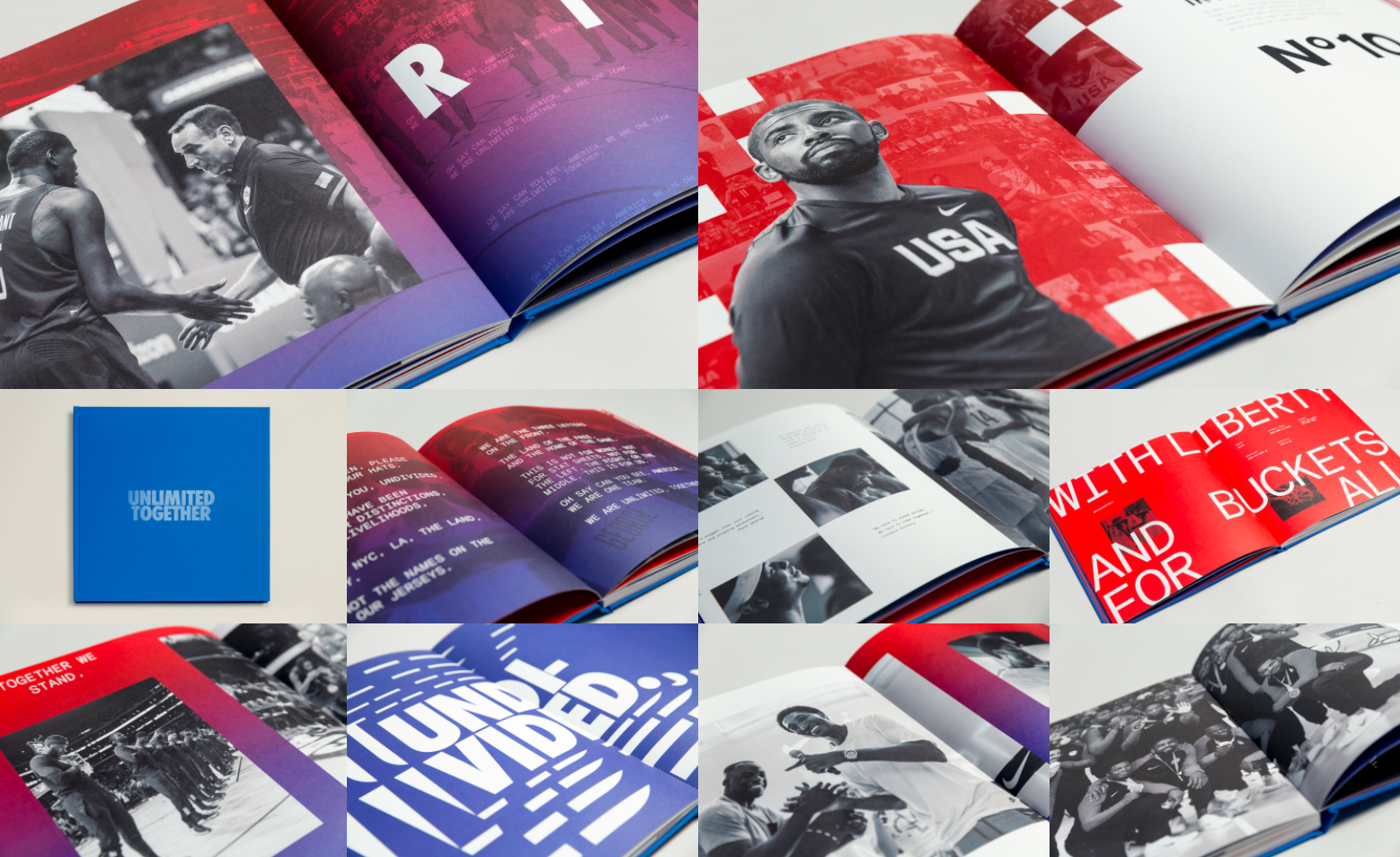