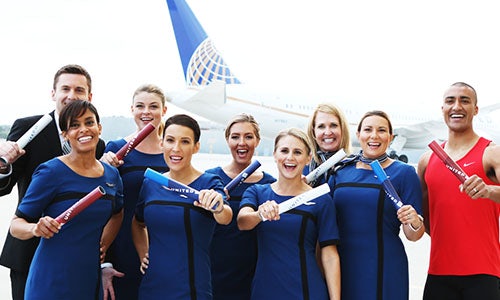 United has been a sponsor of the United States Olympic Committee for 35 years. But we're more than that. We're true partners, supporting Team USA by flying Olympians and Olympic hopefuls around the world to pursue their dreams. Day in, day out, year 'round. We are "the team behind the team" on the athletes' amazing journeys, and with the 2016 Summer Olympics in Rio approaching, our goal was to let our audience know. We wanted to create content that would generate awareness of our sponsorship and resonate with our customers, employees and Olympic fans at large. By virtue of this, we established that United is not only the support team for Team USA, but also the team behind our everyday customers.

Overall, we felt that our enthusiastic support for Team USA would appeal to consumers and our employees, and ultimately increase brand favorability and preference for United.

According to Global Web Index, 85% of Olympic viewers said they use additional devices as they watch the games on TV. To tap into these second-screen viewing habits, we created a social media and content-focused, multi-platform campaign around our partnership with Team USA and Rio 2016. We added supplemental value to the viewing experience by providing an exclusive point of view on the Olympics. We highlighted six high-profile U.S. Olympians as influencers: Simone Biles, Ashton Eaton, Missy Franklin, Carli Lloyd, Kerri Walsh Jennings and Dartanyon Crockett. It was a diverse group in terms of athletics, age, gender and race that enabled us to reach the widest possible audience. And to further enhance our reach, we spread a mix of organic, paid and influencer content across many channels. 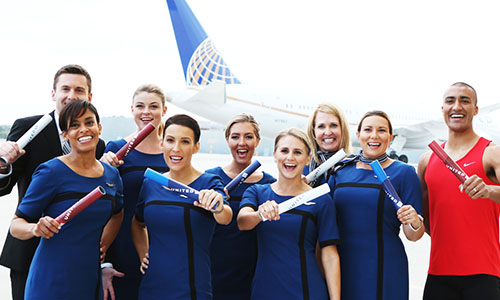