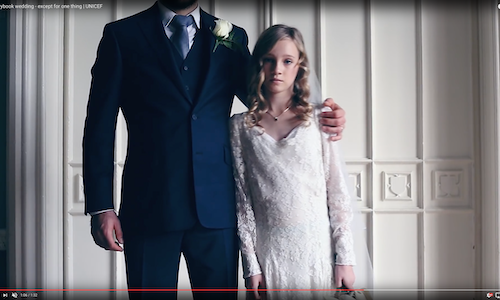 A storybook wedding - except for one thing

Child marriage, defined as a formal marriage or informal union before age 18, is not limited to any one religion, country, culture or region. It's a global problem affecting millions of young girls and their families around the world. If current trends continue, the total number of women married in childhood will grow from more than 700 million today to 950 million (almost 1 billion women) by 2030.

UNICEF needed to raise awareness about child marriage and felt there was no better time to share this message than on International Women's Day, a day when women, girls and gender equality are at the forefront of the online conversation.

UNICEF wanted to reach audiences to whom this message was most relevant. By creating a story that mirrors the world of fairytale wedding stories, word would spread in a more engaging way than a traditional PSA could achieve. So, UNICEF partnered with Studio 1208 and one of the biggest wedding blogs, Bridal Musings, to create a compelling video and share this story to millions of people who may have otherwise never heard of this issue.

Key drivers were a powerful video, media outreach, and a key influencer partnership that leveraged a strong presence on social media, particularly Pinterest, where bridal/wedding bloggers build their fanbase.

The video and blog post drew an extraordinary amount of attention organically. It was covered on news outlets and blogs across the globe across four languages. Purely from organic syndication, the Storybook Wedding video received the following engagement on UNICEF-branded social channels

Video for A storybook wedding - except for one thing 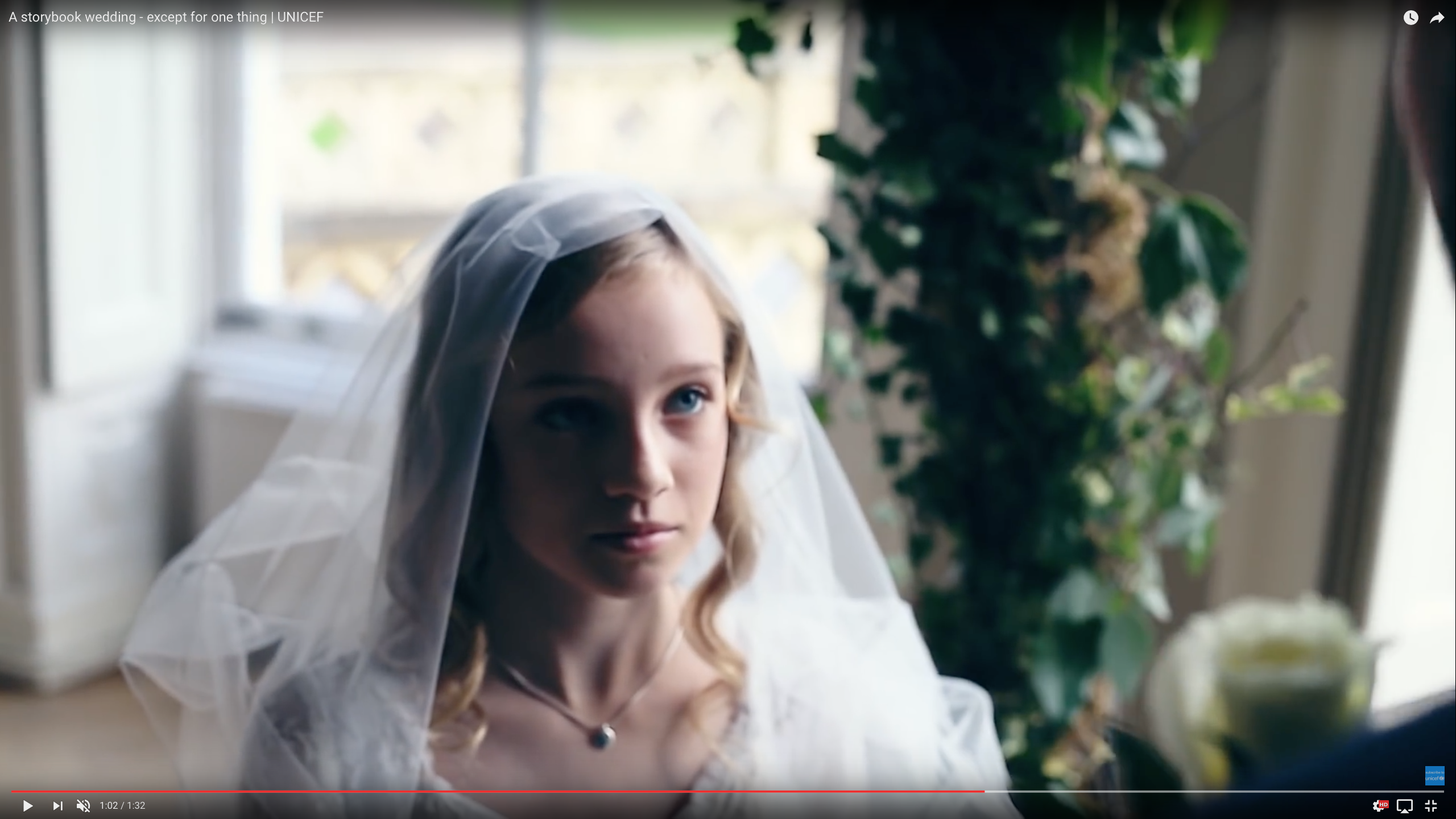 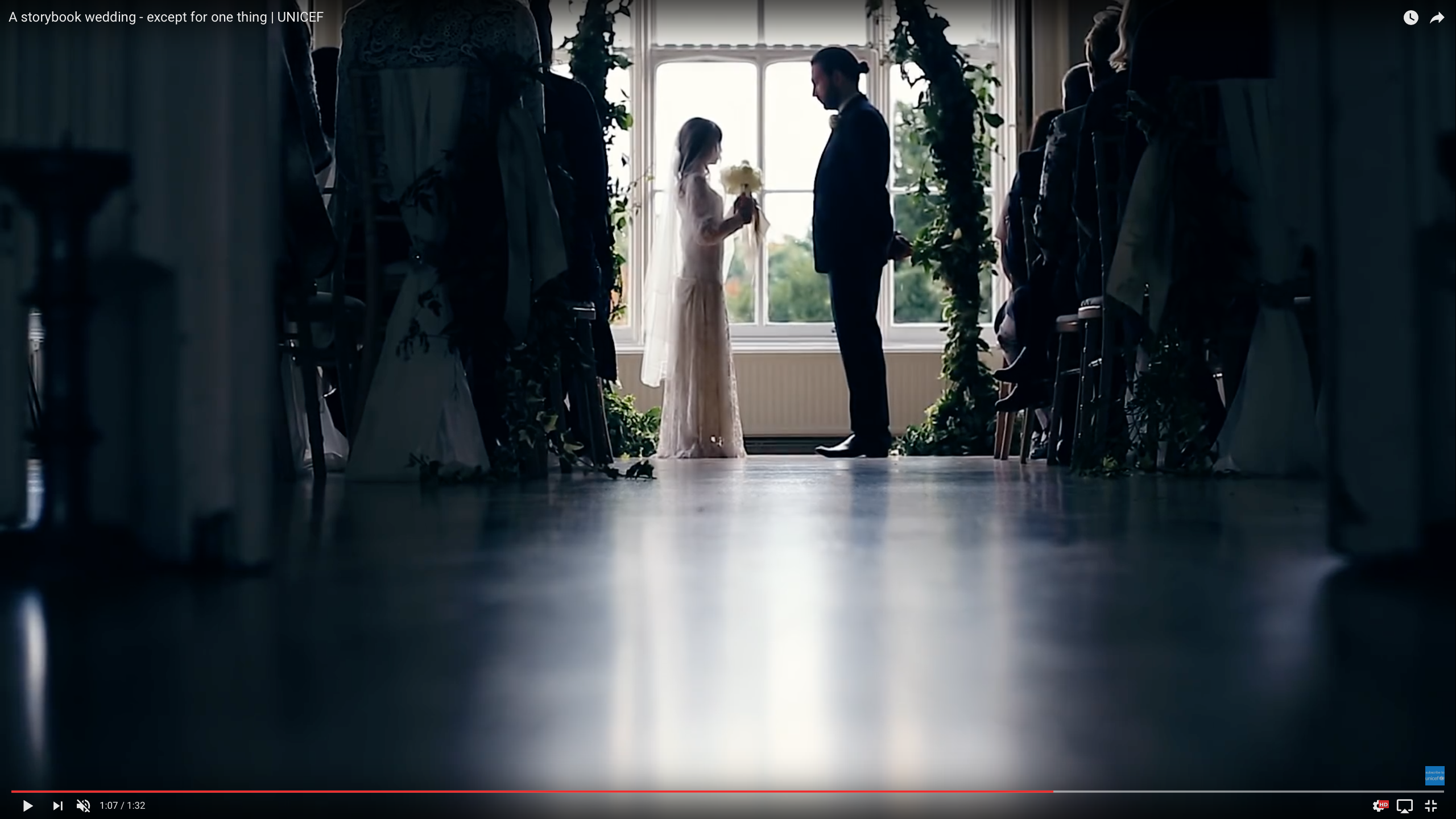 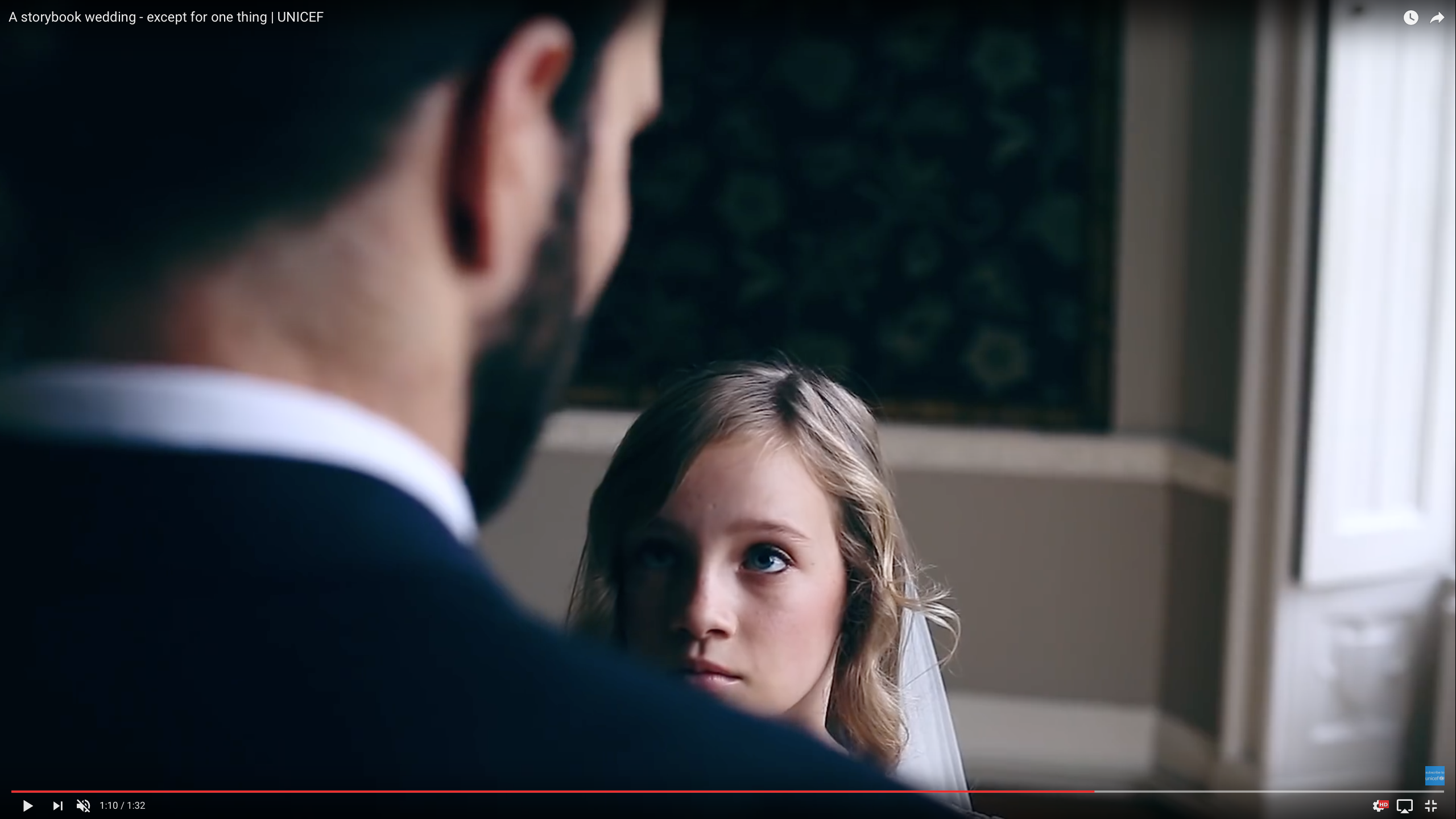 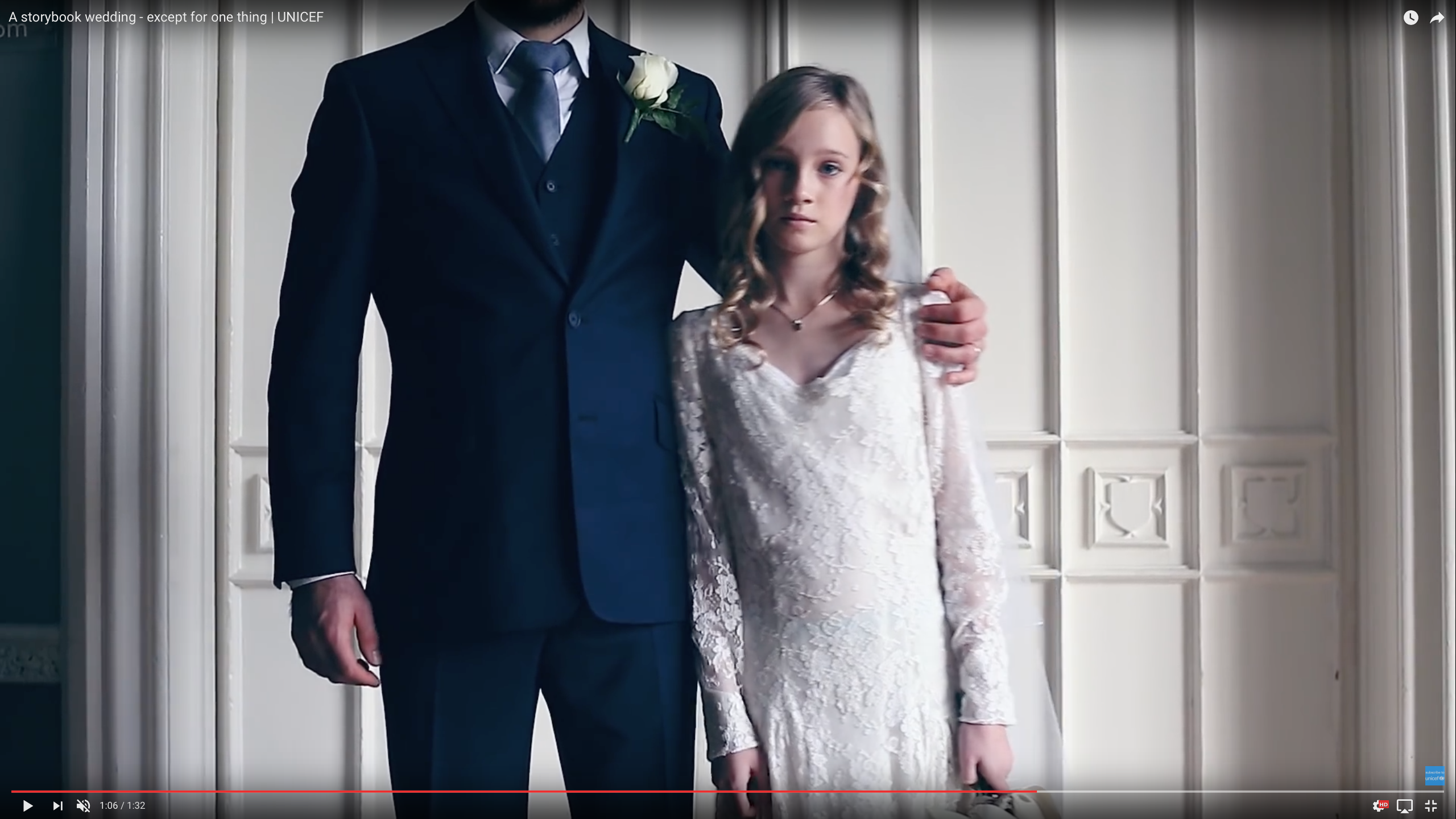