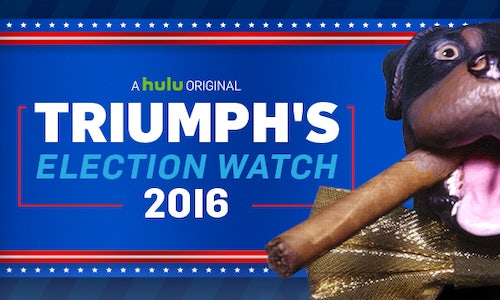 Triumph the Insult Comic Dog Poops on the 2016 Presidential Election

Triumph the Insult Comic Dog took the 2016 Presidential Election by storm, giving the strangest political match up of the 21st century the coverage it deserved.

Within the incredibly crowded landscape of political coverage of the 2016 Elections the challenge was how to break through the digital clutter and showcase Triumph's equal opportunity pooping on the left and right on a streaming service not traditionally known for political coverage.

Triumph's Election Special strategy on social was simple and can be summed up in three words: video, video, [live] video. Triumph's 140 dog years (and 20 human years) in the media landscape means that any Triumph joint comes with a built-in fan base. But, to reach beyond just loyal Triumph supporters we gave the Internet what it wants: video. Long-form clips of full segments from each of Triumph's four election specials lit the Internet on fire and racked up more than 18 million organic video views.

Triumph's no-holds-barred approach to covering the 2016 presidential election meant no one was spared. Was your favorite clip was when Triumph staged outrageous focus groups with Donald Trump supporters to see how far they would be willing to go in support of their candidate? Or, was it when Triumph lambasted college students' hypervigilance against microagressions in everyday speech? No matter your political persuasion, Triumph pooped on it.

And, as the cherry on top of what we hope is a chocolate sundae, Triumph took the show live on Facebook and into the streets of New York, narrowly escaping a grizzly fate of becoming NYC roadkill, only to suffer even worse offenses by repeatedly getting kicked out of New York's finer establishments including a Midtown Hooters and the Trump Tower. But, Triumph found redemption live on Facebook at the RNC when he grilled Anderson Cooper, Jake Tapper and Wolf Blitzer on the straight poop from the convention floor. Throughout 2016, Triumph went to extreme lengths to dogsplain the confusing events of the presidential election. 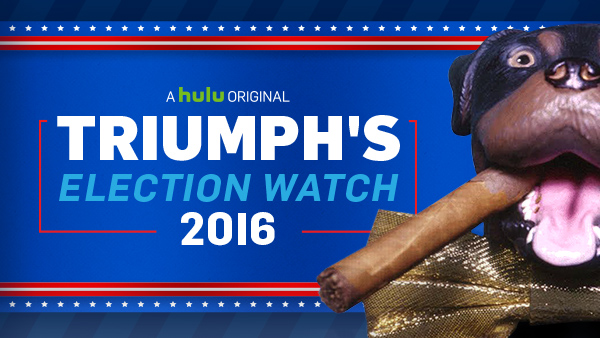