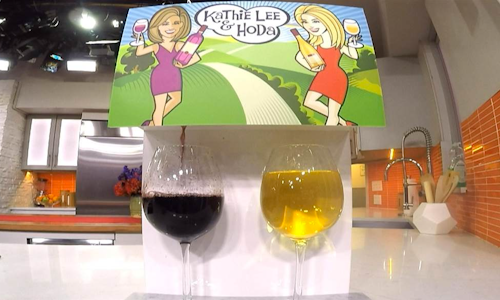 Two trademarks of the lighthearted fourth hour of TODAY hosted by Kathie Lee Gifford and Hoda Kotb are Twitter hashtag battles and wine. We fused the two elements in the TODAY WineBOT. Each Wednesday, hosts Kathie Lee and Hoda debate a none-too-weighty topic (such as: should calories be listed on restaurant menus?) and invite viewers to choose sides by 'voting' under one of two possible hashtags on Twitter and Facebook. Each post using the hashtags powers a squirt of wine into a glass live on air (white for Kathie Lee's viewpoint, red for Hoda's), providing a fun and visual way for viewers to gauge response throughout the broadcast and for us to bring together our digital and broadcast audiences. We like to think of it as data visualization that just happens to use alcohol.

We built a first proof-of-concept prototype and demo'd it to the broadcast producers in a conference room. It was messy but they loved it and we immediately started working on the version of it that we use now.

The technology behind the WineBOT is actually pretty simple. The main piece of hardware is an Arduino Uno that has two DC motor liquid pumps, and two relays. Each of the liquid pumps has two long, food-safe tubes attached, one that goes into a wine bottle and the other that goes into the glass. For the software portion of this, the Arduino into a laptop that is both collecting the social data live and controlling the hardware. For the real-time hashtag gathering, we use initially only used Twitter's Streaming API and but more recently we added Facebook's Comments API as well. The software listens for the two hashtags "#TeamKLG" and "#TeamHoda" and each one turns on one of the pumps for one half of a second.

While we were building out the technology, our amazing design department at TODAY mocked up what the prop that sits in our kitchen set would look like.

The show now uses it almost every Wednesday, or as we call it "Winesday Wednesday". Each time we use the WineBOT segment on the show we get hundreds or (if the subject is particularly contentious) thousands of votes on Facebook and Twitter. This leads to increased and continued engagement on our social platforms, even after the WineBOT has been packed away. 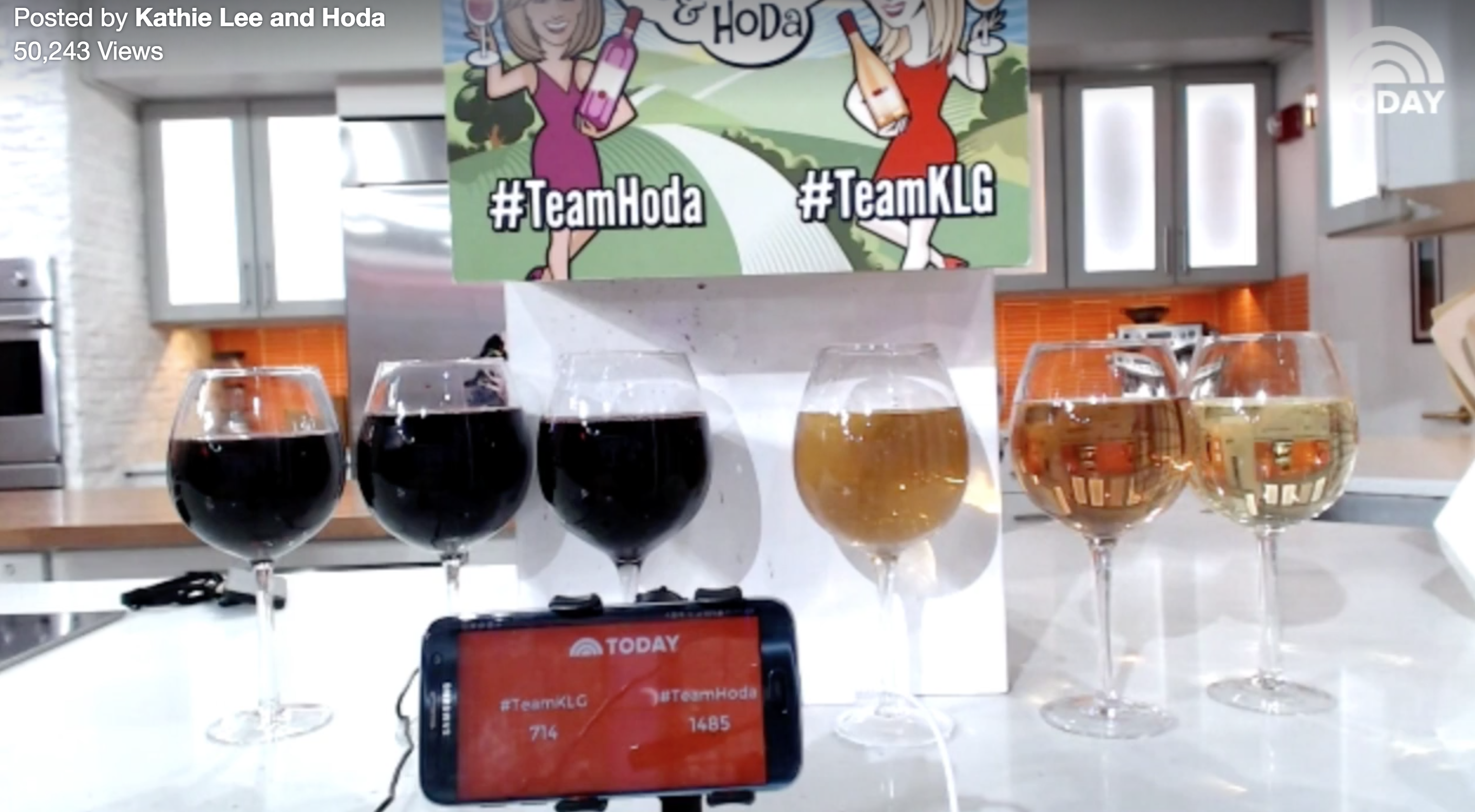 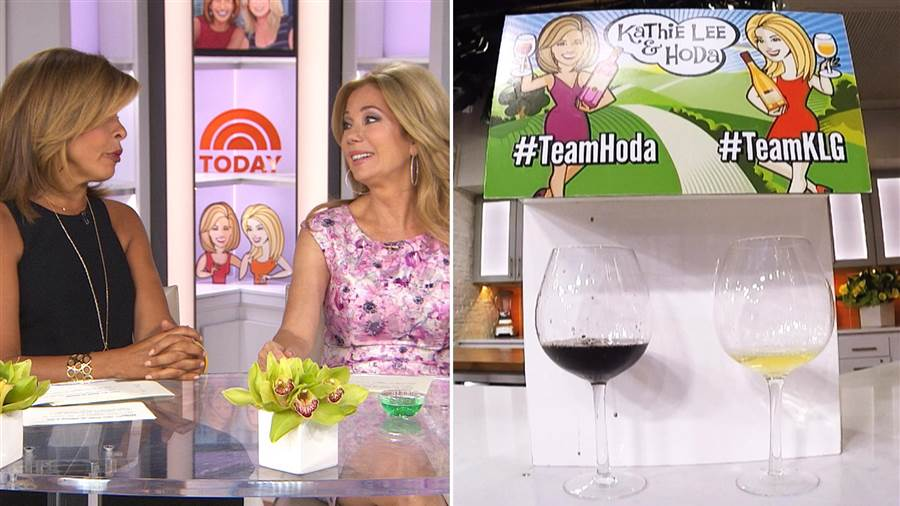 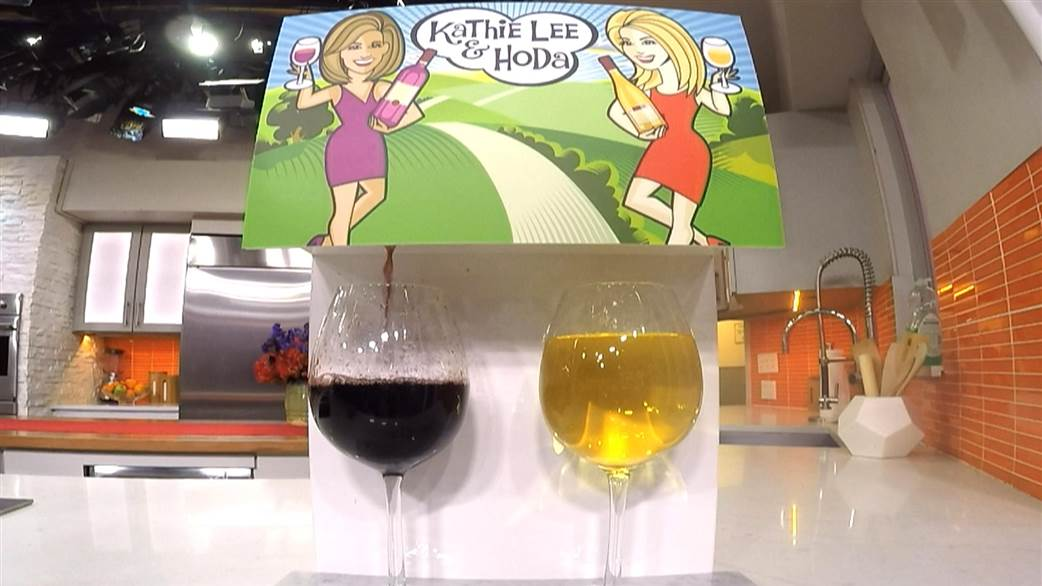