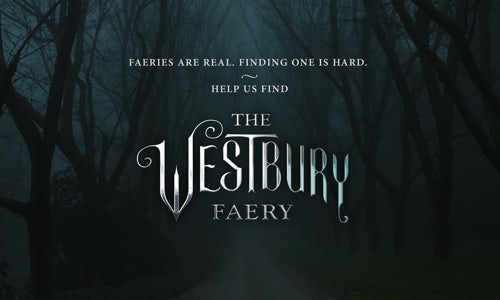 The Westbury Faery is an Alternate Reality Storytelling Game. Our objective was to create an original immersive story experience, which harnesses the power of online audiences and Augmented Reality driven game-play. Exploring the intersection of storytelling and technology, we set out to build an engaged community of true fantasy fans working together to answer the question:

Is the Westbury Faery real, and if so, who is she and what is her story?

We did this by establishing an interactive world-building framework that would exploit the affordances of existing social media platforms, to recruit an audience—as vital, real-time contributors—to a fully-realised original mythology.

A key standard of success for The Westbury Faery would utilise WattPad, an emerging platform for online storytelling and a second emerging platform, Aurasma, to deliver Augmented Reality activated clues. With WattPad, our aim was to deliver the experience and elicit hundreds of thousands of theories and short story submissions to the '#WestburyFaery writing contest'. In doing so, we enthralled fantasy fans around the world and created an entirely new narrative format.

What started with three Tasmanian teens who claimed to capture a 'faery' on camera, but instead caught the attention of over 700,000 views and global media outlets like Huffington Post and The Mirror UK, came an immersive journey to uncover the truth behind the explosive sighting—World Faery Society's most puzzling mystery yet.

The experience begins with a short video led by World Faery Society (WFS) President and faery researcher Professor Arthur Beck and his granddaughter, Willow. The WFS would be releasing new Augmented Reality (AR) activated evidence daily, prompting a global movement of investigators to share their theories in order to answer one key question:

Who is the Westbury Faery and where did she come from?

The ultimate call-to-adventure, audiences dived deep into our trove of interactive Aurasma AR clues, joined forces in WattPad comment threads to test their theories, and continue to submit original short stories based on their findings. The journey unfolded over four months and enthralled fantasy fans around the world, ultimately giving writers the chance to be published in a beautiful illustrated book by Tiny Owl Workshop.

Importantly, to answer this question audiences had to interact with each piece of short form content in real-time to keep up with the investigative experience unfolding live across platforms.

Every affordance of the WattPad online storytelling platform was exploited. From embedded short cinematic video and lo-fi found footage-style viral video, an investigative web series delving deeper into the town of Westbury, Tasmania by live character 'Briony Woolmer', to staging our own 'hack' through a total banner artwork takeover. Audiences even submit their stories by using the official WattPad hashtag #WestburyFaeryContest, generating a trove of user-contributed content with creative book cover designs.

Most uniquely, we 'bolted on' the immersive Augmented Reality experience within images uploaded to the platform.

Each published chapter of World Faery Society's WattPad book 'Mystery of The Westbury Faery', released a new clue; an inventoried piece of photographed evidence. When the still image is scanned with the free Aurasma AR app platform, investigators discover 3D digital details in spectacular audio-visual quality. For example, the much anticipated Evidence #27 Tea Caddy becomes brightly illuminated and spins to unravel an Ancient Runic riddle into English—leading investigators to question if Westbury Faery herself had concealed a secret message all along.

"The community of faery investigators is growing! We're thrilled to see communities come together to collectively solve a mystery and simultaneously create an original mythology combining Australian, Canadian, and Irish history with faery folklore. It's inspiring to watch the creativity of the contributions shape the narrative and enrich the game." —Jamie Houge, Plot Media

A dedicated team of 24/7 community managers interacted and supported online audiences—with our responsiveness becoming a key draw and highly valued pillar of the work.

Our key standard of success was not based on a metric we could simply pay for, like followers, but would be found in the difficulty of the depth of engagement required. That is, to encourage audiences go beyond and become true contender, they would have to write an entirely original work of fiction of at least 1500 words, and therefore contribute to building The Westbury Faery's story-world.

Now, our entirely new narrative format continues to enthral fantasy fans and writers around the world. With WattPad and Aurasma our audiences became embroiled in an elaborate adventure from Cork, Ireland in the mid-1800s and joined the Upper Canada Rebellions, to finally land in Van Diemen's Land by way of convict ship.

The creative team would especially like to thank #WestburyFaery and World Faery Society investigators around the world for their enthusiastic investigative spirit!

Video for The Westbury Faery 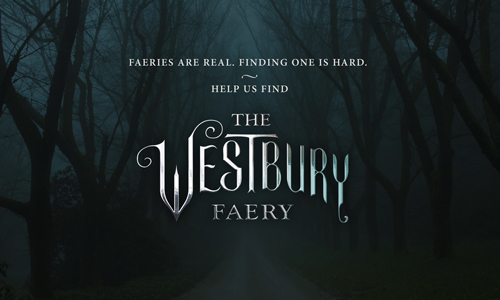 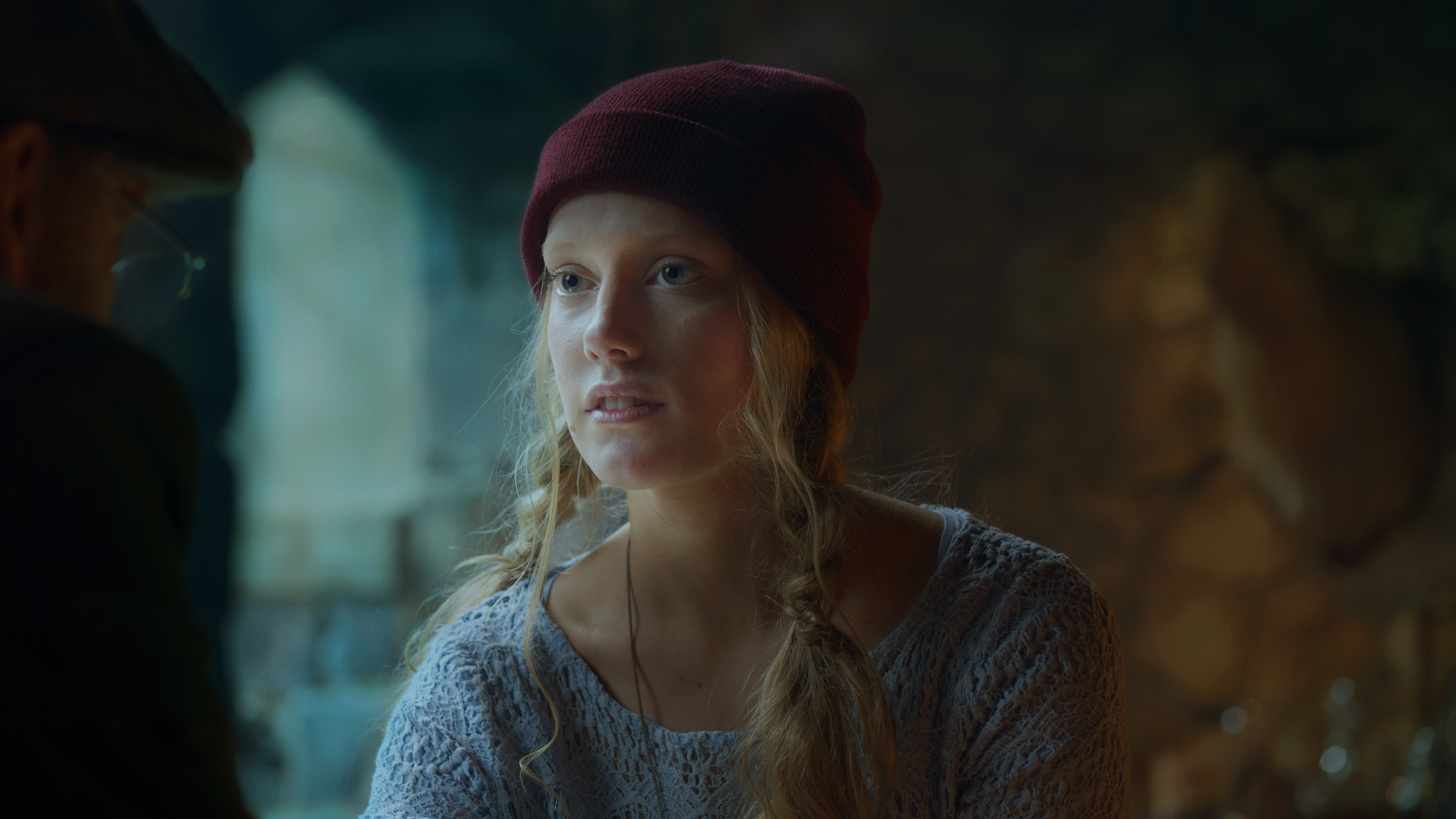 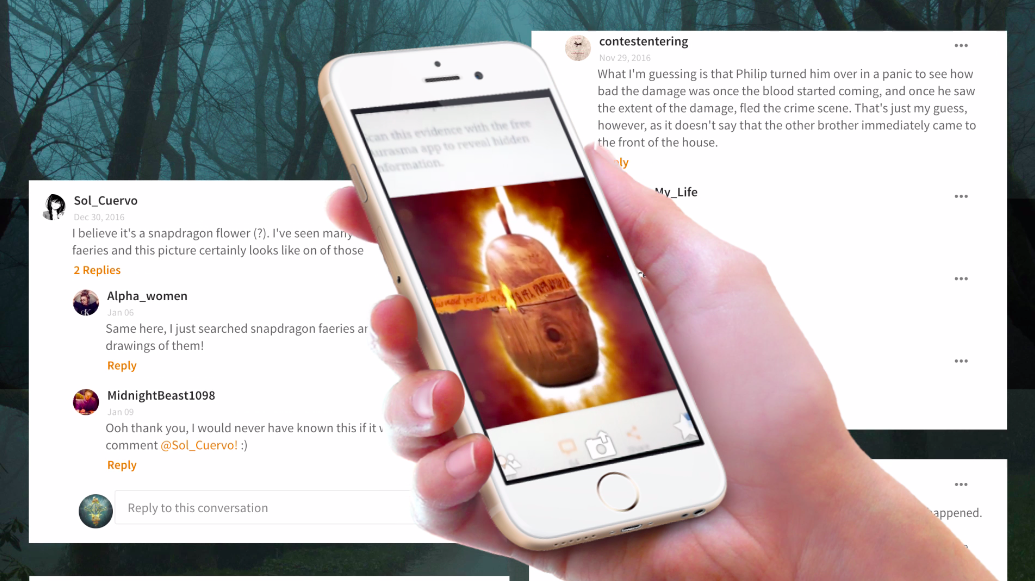