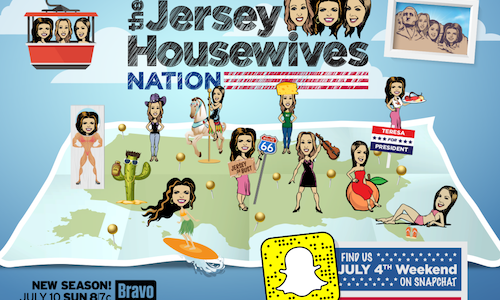 Without flipping tables, the objective was to raise awareness for the Season 7 July 10th, 2016 premiere of Bravo's The Real Housewives of New Jersey.

Our strategy was to "Jersify" the entire nation! Working with digital agency Situation Interactive, Bravo made a big brand splash by exploring the social frontier of Snapchat. The strategy was to do something that had never been done before—simultaneously releasing dozens of super-targeted Snapchat geofilters, all under the umbrella of a single brand, all over the nation.

These Snapchat geofilters fulfilled two functions. They highlighted the season premiere date and also gave fans a fun, new way to engage with RHONJ wherever they were in America. By using the geofilters, fans not only became RHONJ brand ambassadors, they also literally became part of the RHONJ brand.

In bringing the RHONJ to all of America via Snapchat geofilters, the campaign capitalized on the most American holiday of all: The Fourth of July. The geofilters were designed for specific, popular July Fourth weekend destinations across the country—landmarks, monuments, firework displays, baseball stadiums and more. But one day wasn't enough for the scope of this campaign, the campaign started on July 1 and ended on July 4. Users discovered these entertaining geofilters for four whole days during the long weekend. Over Fourth of July weekend, 73 Snapchat geofilters were released for 1192 total hours. The geofilters were released for limited periods of time over the weekend; their timeline affected by location, activity and budget. Each geofilter was completely unique. Some featured the RHONJ 's most popular ladies—Teresa Giudice, Melissa Gorga, or Jacqueline Laurita; some featured designs closely related to the geofilter's region. These geofilters also included the RHONJ campaign lock-up, a tune-in call out, and sometimes even a sassy comment.

With over 1.73 MM organic social impressions, 9.43K social engagements, 148K total Snapchat views and 4k+ total uses, the campaign was a 'snapping' success! The press loved it—US Weekly, Entertainment Weekly, and Bustle all featured the campaign before its official launch. This campaign was one to go down in history—no one else has ever attempted a campaign of this strategic complexity on Snapchat. Not only did the campaign create serious buzz and awareness around the RHONJ premiere, it also allowed fans to share their love for RHONJ—proving and underlining what the women of RHONJ have become—American icons. 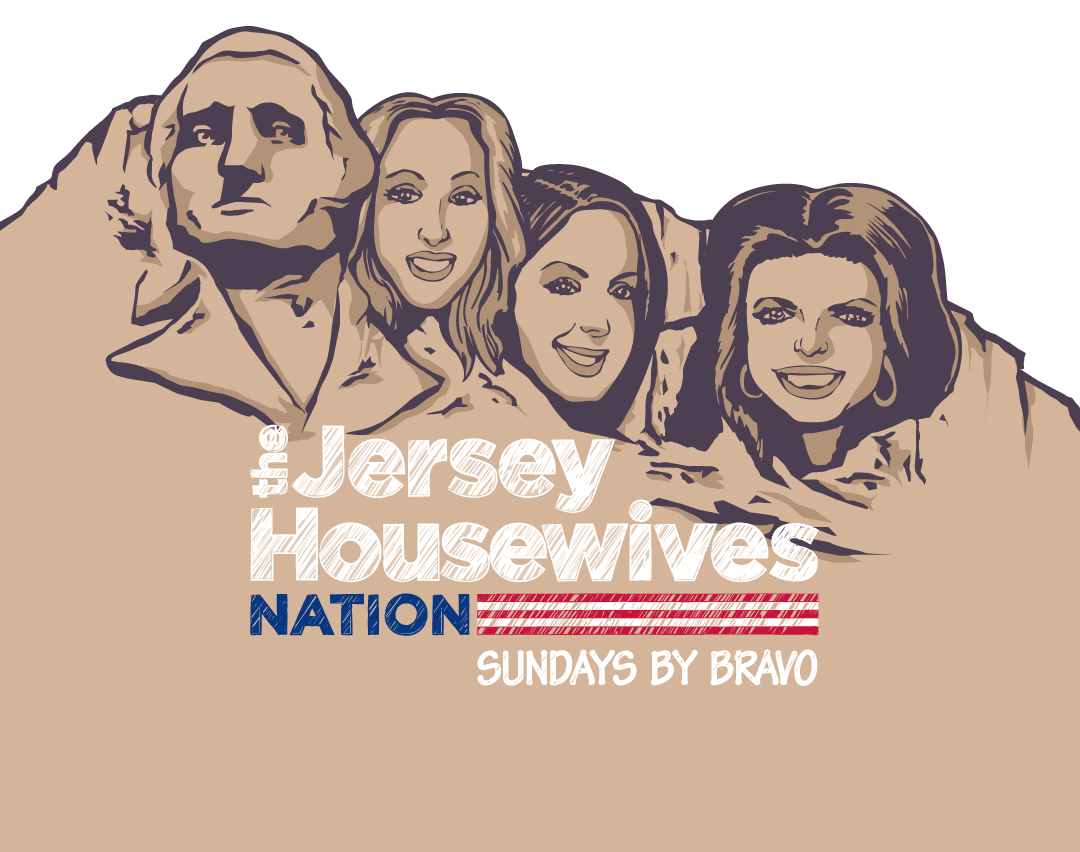 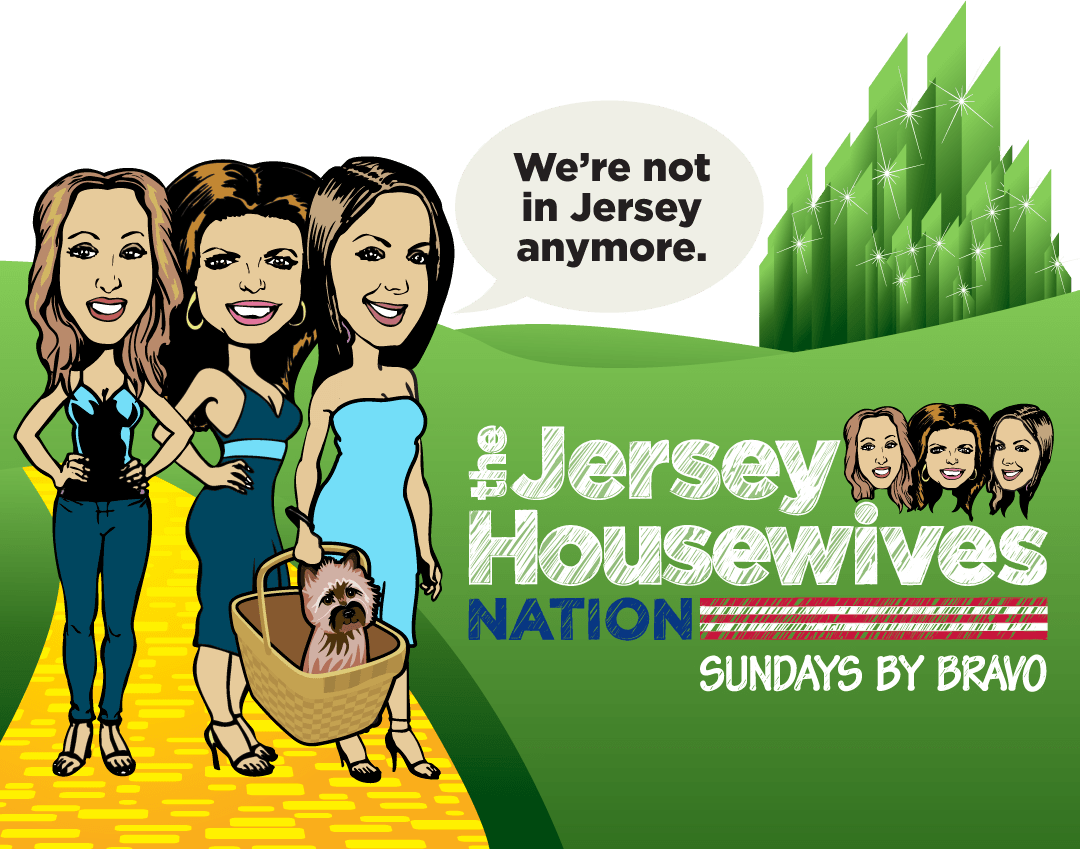 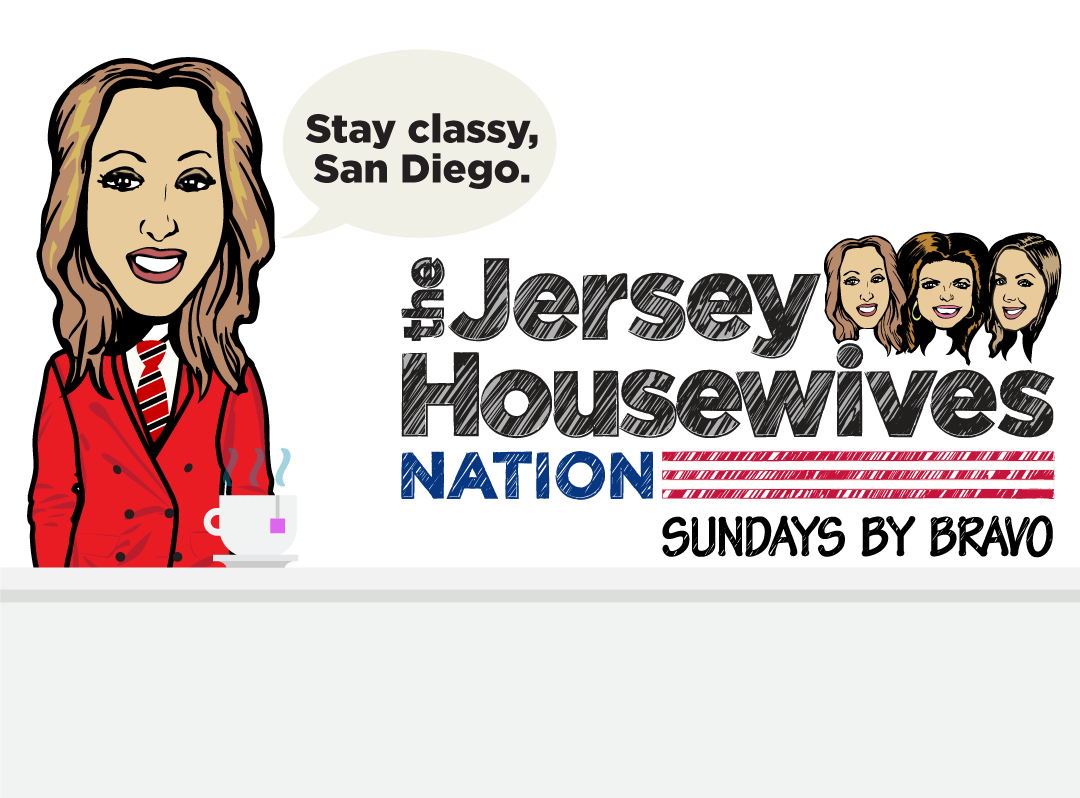 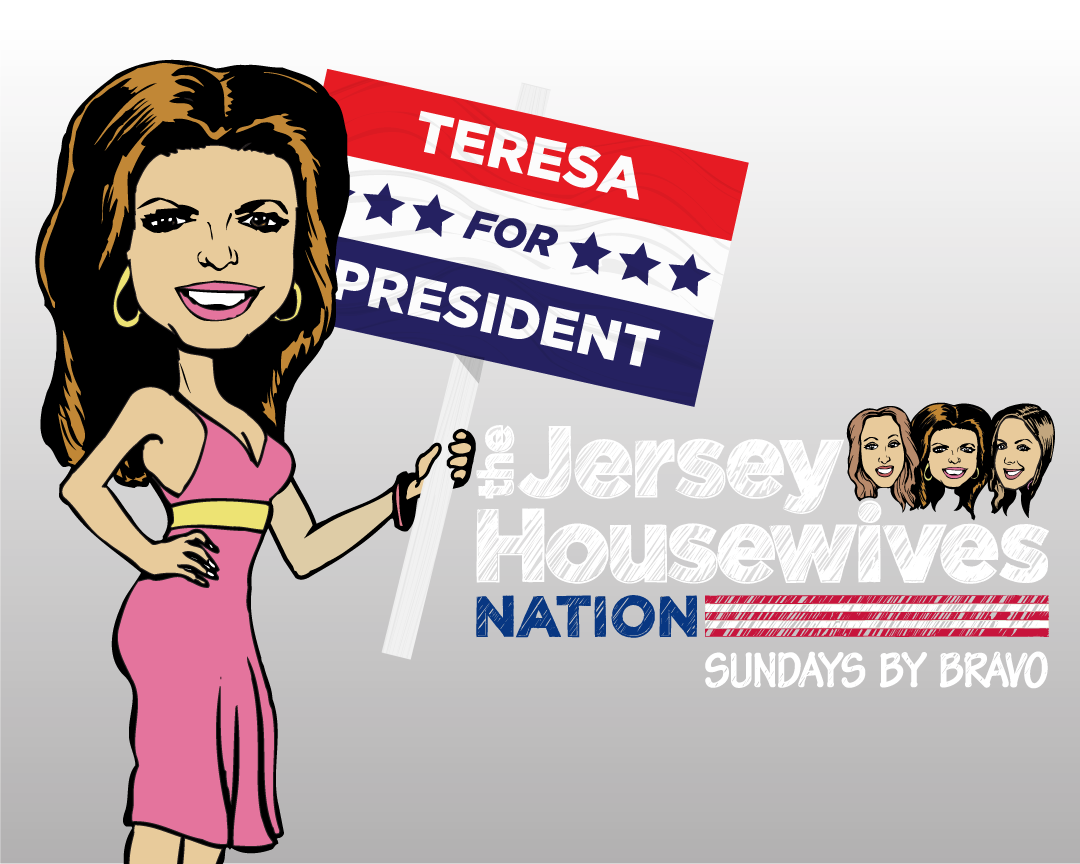 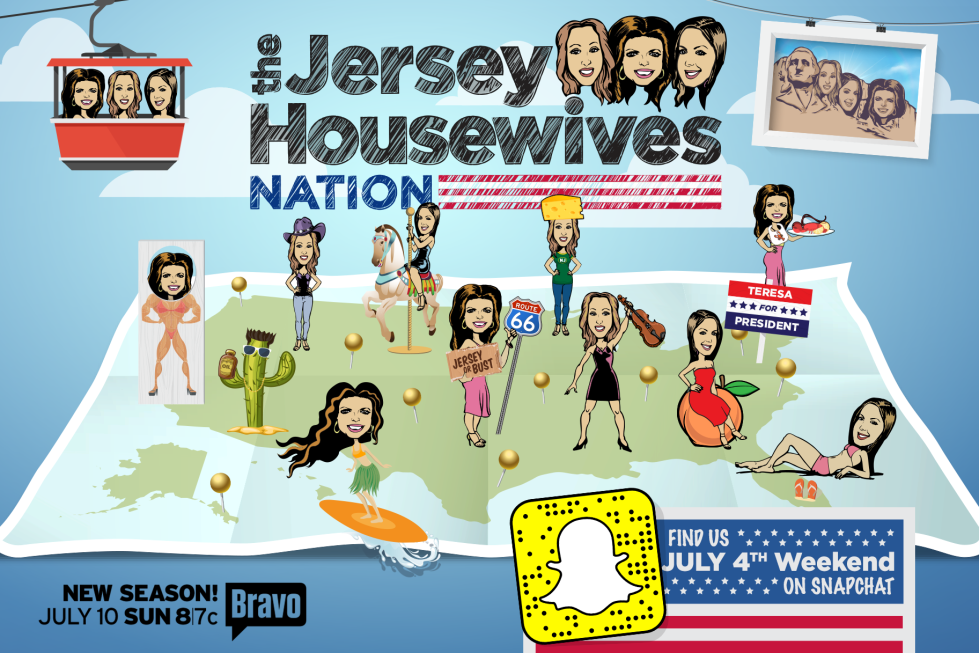