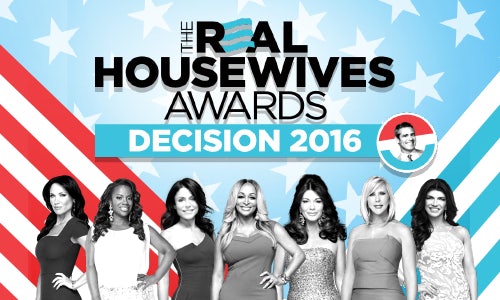 Since 2016 was an election year, Bravo Digital decided to put a political spin on our third annual "The Real Housewives Awards" and honor the most unforgettable and buzziest moments from Bravo's most popular franchise. The categories got a presidential makeover and ranged from "Secretary of Shade" to "Speaker of the Housewives" to "Plastic Surgeon General." Fans could vote in all 10 categories on a special interactive microsite where they could also check out their favorite candidate's stance on hot button topics (like how the 'Wives manage to stay fiscally responsible and fabulous).

There were multiple 360 experiences on Bravo's digital, social and linear platforms, all of which were grounded in our Real Housewives Awards hub. The microsite was filled with video montages of buzzy moments, relevant articles from the site, and interviews with the nominated Housewives. There was a social activation across the Housewives franchise, and the nominees took to social media to beg and plead with their fans to vote. Some of the Real Housewives also filmed videos talking about why they wanted to win. Those videos, along with all other content surrounding the awards, were pushed out across our social media platforms. The RHAs culminated in a special on-air Watch What Happens Live episode, where Andy Cohen presented the winner of the President category with their award.

We drove 37% more votes than we did for the 2015 Real Housewives Awards and 50% more page views. We tripled our engagement year over year when users voted in multiple categories (versus voting in only one category). 49% of the people who voted were first-time visitors to Bravotv.com. 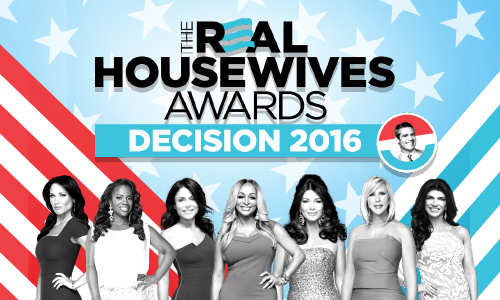