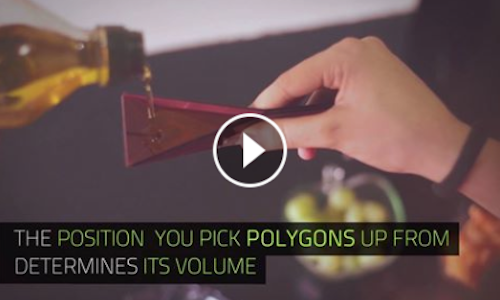 Polygons Design partnered with Command Partners to create and implement a marketing strategy for their upcoming Kickstarter project: Polygons, a flat, 4-in-1 measuring spoon. Polygons comes in both a tablespoon and teaspoon size, and it folds to whatever size you need depending on where you pick it up. This makes it easy to clean and store, and allows you to scoop and spread your ingredients, eliminating waste.

While the ultimate goal of the campaign was to raise $10,000 on Kickstarter in Fall 2016, the project can really be broken into two distinct phases with two different goals: first, a pre-launch period with the goal of building up a significant email list of people interested in purchasing a Polygons Measuring Spoon as soon as it becomes available on Kickstarter, and second, a successful Kickstarter campaign once it goes live.

In order for the Kickstarter campaign to be a success, we knew from managing other Kickstarter campaigns that using Facebook would be key to reaching a large number of people in a relatively short amount of time. We also recognized that a big part of what made Polygons such an appealing product was the simplistic beauty of the design.

For the Kickstarter project to be a success, the Command Partners team recognized that we needed a large email list before the campaign launched, so we began promoting the product early.

Command Partners and the Polygons Design team worked together to create a short video that could be used to promote the product on Facebook. The goal was for this video to be short (under a minute) and simple, but also highlight the beauty and functionality of the product.

Ultimately, we came up with a concept of clips of different ingredients being measured using the spoon. At the bottom of the image, text explained what the product was, how it worked and what benefits it offered. The end of the video also included a link to win a set of Polygons in exchange for entering an email address. Once the campaign launched, this link was redirected to the Kickstarter campaign.

With a target launch of early October, the Command Partners team uploaded this video to Facebook on August 25, 2016. A month later, on September 26, our team boosted the video as an ad.

This short video highlighting Polygons quickly went viral on Facebook. In total, the video received over 20 million views, more than 100,000 likes, nearly 15,000 comments and over 115,000 shares.

After the video was boosted in late September, before the campaign launched, we saw an email list subscriber increase of over 25,000. This video also marked the only time Command Partners has ever had a piece of paid content with a cost per engagement of $0.00.

Once the campaign launched, the video brought in over $100,000 in total sales on the first day, with a cost per transaction of $0.70.

Video for The Million-Dollar Measuring Spoon 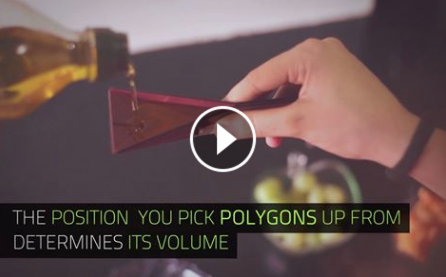