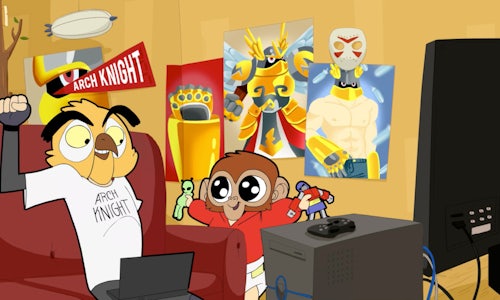 Social Point, a widely known Spanish social game developer/publisher, worked with the Influencer Marketing Agency 3BLACKDOT and YouTube star Vanoss Gaming to create a truly original animated series to promote the Monster Legends IP. Our "Voltron" team didn't want a branded integration that looked like a series of commercials. We wanted something authentic for which Vanoss's fans would beg for more. So we set out to create a scripted series in the Monster Legends universe that would grow outside of the integration, one that viewers would be excited to see what happens next. We knew that it wasn't just about the downloads and the views; it was about making an impression.

VanossGaming, one of the world's largest YouTube Influencers, is known for his "Lets Play" style videos and short comedic animations. Our client, Social Point, created a great mobile game titled Monster Legends that is fun, engaging, and adventurous. Together, we aimed to generate dynamic content that would drive game downloads, increase in-game user activity, and cut through the noise of the digital landscape by engaging users across 3 different social platforms. So, naturally, we created a 'Hero's Journey' style 3-part animated series where 5 of the largest YouTube Influencers travel a MILLION BILLION miles to become the Monster Legends.


Why does this entry deserve to win?

Working alongside VanossGaming, Social Point and 3BLACKDOT combined witty sarcasm with a Monty Python irreverence to develop a scripted animated series that would excite and entertain his YouTube community. After a series of writing sessions and story boarding, our combined team was able to begin production with the animation gurus, Octopie Studios. Working together with the animators at Octopie and the designers over at Monster Legends, we integrated in-game characters, objects, and themes from the game into the animation. The result was lovingly titled: "The Adventures of Vanoss and Friends seeking the Elusive Magic Tomato" or "The Magic Tomato" for short, starring YouTube celebs VanossGaming, H2ODelirious, Terroriser, Wildcat, Lui Calibre, and special guest sp00n.

By integrating these YouTube Influencers into this animated series, we activated their collective audience of over 40+ Million subscribers to drive organic game installs and engagements. By focusing on an audience-driven narrative, Monster Legends fans were given the chance to determine the outcome of The Magic Tomato animation via in-game polls and social media surveys. Additionally, Social Point facilitated in-app/game activations including new maps, challenges, and characters, giving users the ability to play as their favorite YouTube stars from the animation. This, combined with the heroic animated quest, creates a world that speaks to both Vanoss's audience while hitting Social Point's initiatives for Monster Legends.

The results from the campaign are huge. Episodes 1 and 2 of The Magic Tomato garnered over 13.5-million views, with Episode 3 reaching 2-million views in the first 24-hours. Additionally, the response from these viewers is overwhelmingly positive, with 545K likes on YouTube and climbing. The initial feedback after Episode 1 not only left fans and gamers begging for more, but also resulted in Monster Legends giving viewers the ability to determine the outcome of the series via in-game polls. Over 174.9K people voted to determine what happens in Episodes 2 and 3, while the most recent poll – to continue the series – will undoubtedly result in demand for a future Monster Legends animation.

Social Point has seen more in-game engagement in Monster Legends by working with 3BLACKDOT and VanossGaming than with any other integration they have run. On Facebook, this campaign reached nearly 1.25-million people and over 16K reactions. Social Point not only gained new users, but most of these players have proven to become consistent users with most of them interacting with Vanoss-themes and Magic Tomato characters.

In all, the animated series is a resounding success, with a current total of 16.2-million views on YouTube and a massive 59-million total minutes watched. The fans consistently look forward to the story and applaud the series in comments and social pushes. Because of their support and the creativity of all involved, we have truly achieved a monstrous victory.

Video for The Magic Tomato 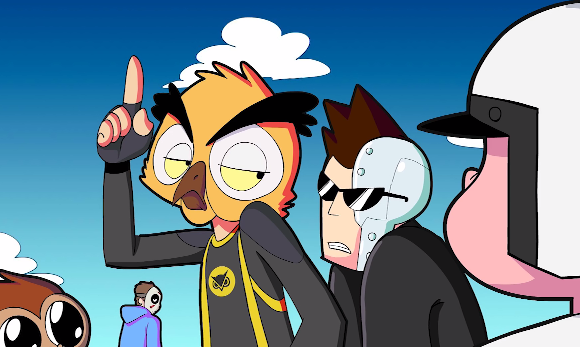 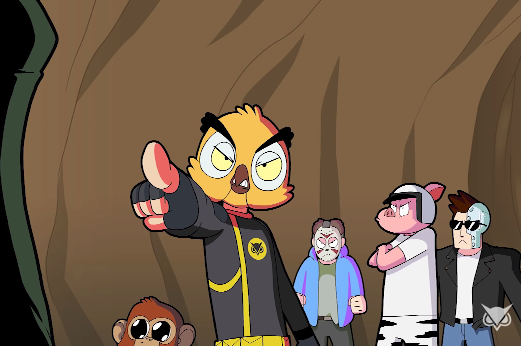 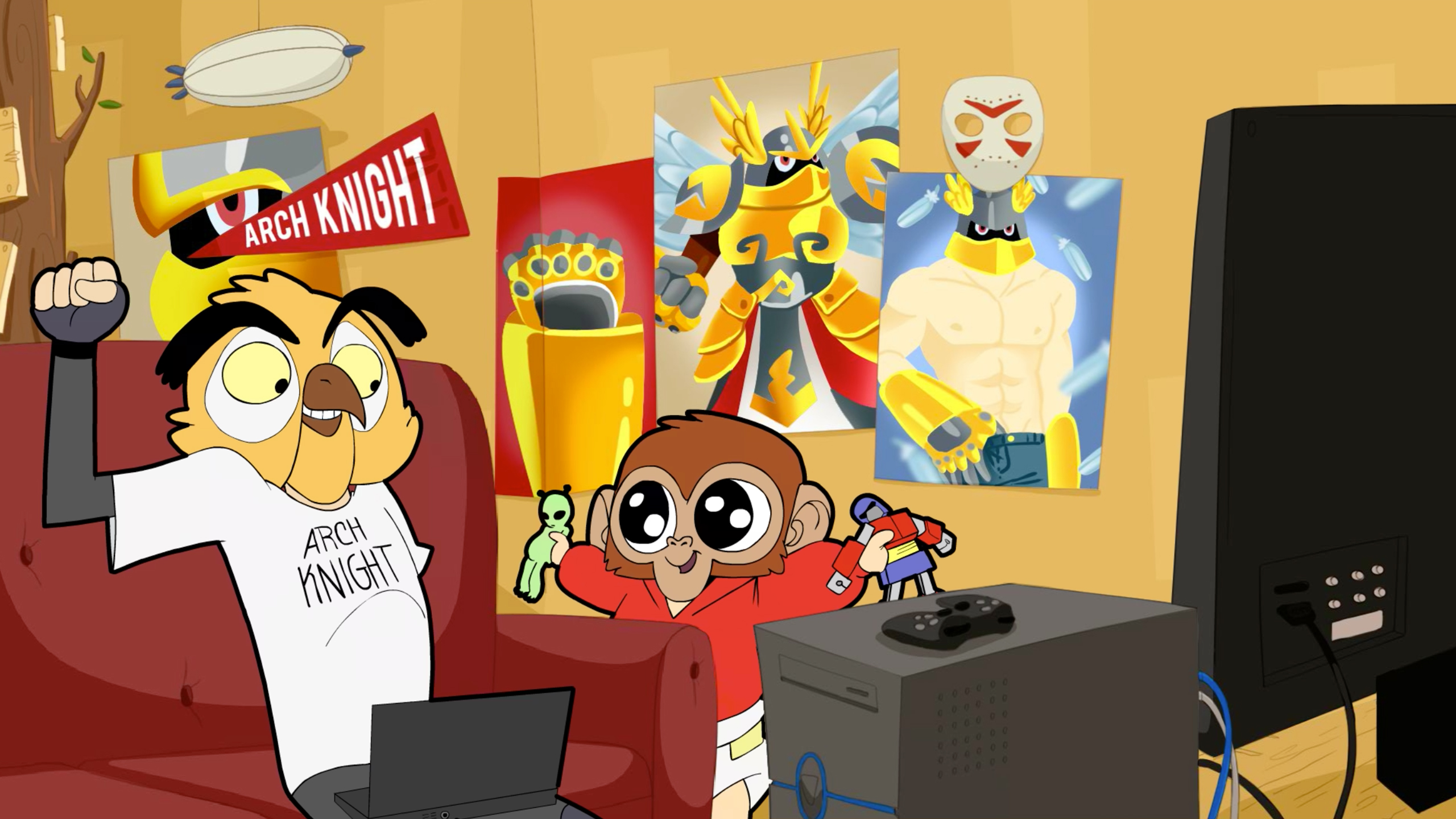 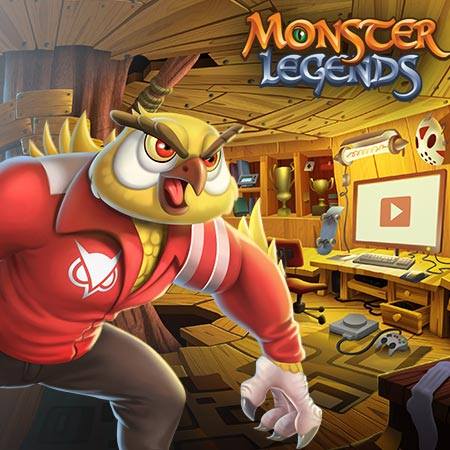 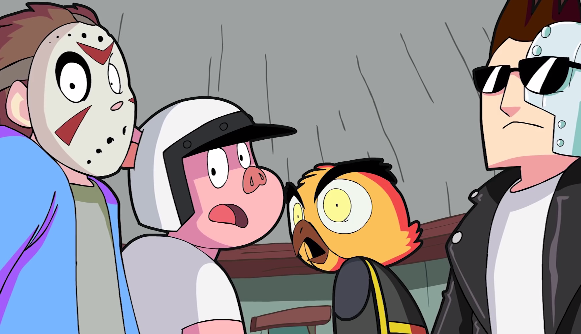