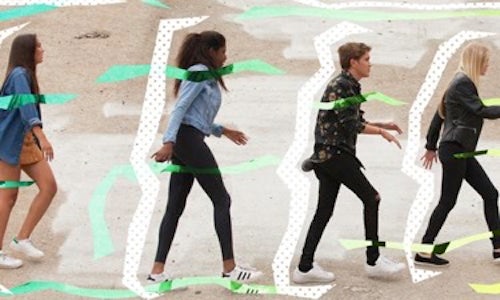 @SummerBreak: Using Emerging Platform Public to Bring the Audience closer to the Show

The objective of the four-year-running hit Youtube series "@SummerBreak" is to enable AT&T to deliver relatable youth-centric content to its target audience. Gen Z and Millennial viewers have come of age in an era of ubiquitous on-demand services and joined-at-the-hip smartphone companionship. No one likes dealing with their cell company, but there is little dispute over the need to be connected via smartphone to the on-demand network. The goal for AT&T is to be the most positively perceived telecom brand and to convert potential customers, a goal that's especially germane when considering that the average age at which a consumer purchases their own data plan is 21 years old.

This objective requires season-over-season innovation as our audience evolves. Immediately upon its launch, our YouTube reality program tapped into the teenage zeitgeist, and within four years has generated a massive/wide-ranging and devoted fan base—a direct result of its guiding objective. Its bi-directional engagement between cast and fans, influencer marketing, live meetups, and branded merchandise make "@SummerBreak" a best-in-class example of community—with more than 700,000 fans following and relating to every right of passage; fans who engage these California teens on-screen and off. Season 4's social ecosystem, with the addition of messaging app Public, aimed to bring these fans closer to the show than ever before.

If you haven't gone indoor skydiving, gotten a tattoo, had your heart broken, learned how to surf, performed in a poetry slam, been "subtweeted by a homie," called a girl on a dare, or spent 80% of your days at the beach, you might have little in common with the cast of "@SummerBreak," but that doesn't mean you don't want to watch and connect with them. The YouTube series has amassed a cult following of 773,000+ tweens, teens, and young adults who, since 2013, have witnessed an evolving cast live out what many would deem a quintessentially sweet-sixteen summer in Los Angeles. Each season brings a different squad, but the show's audience's binging behavior remains the same. Viewers follow the entire cast on social media, tracking their every move: They subtweet, hashtag, and, three times a week, voice their reaction to the latest episode. The show happens in near real-time, but the show and cast's social is pure real-time.

"@SummerBreak"'s social media ecosystem changes each season based on the show's demographic's consumption trends and evolving user behaviors, which is exactly why its fandom continues to grow. Noting the growing importance of real-time content, "@SummerBreak" made shifts in its Season 4 social-strategy, ramping up daily content by partnering with Public, which allows the cast's group text conversation to be public for fans to view as voyeurs. We co-developed functionality with Public, allowing for engagement features specific to "@SummerBreak." Fans could comment on the conversation and leave emojis to individual messages, and the cast was able to respond to fans' messages directly. The cast used the app daily, and group chat conversations sometimes drove the storyline itself. We hosted bi-weekly fan activations with the objective of creating a groundswell of fan engagement. We achieved this by hosting cast Q+As that brought past cast members back into the chat as "guest hosts," and by having the current cast share their favorite fan art via chat. Bringing past cast members Kostas, Parham, Whitney, and Baylynne back for the group chat experience was a huge crossover moment for die-hard fans who have been rapt viewers since Season 1.

Allowing viewers to see the cast's interactions in real time as they filmed the season not only fueled a deeper fan experience but showcased the cast acting and talking as they normally do. There were "ship names" being thrown around, make-ups, breakups, and conversational recaps about each episode. The messaging hub truly reflected audience communication trends at that moment in time, and allowed fans to have 24/7 access to their favorite teenage squad.

The real-time fan feedback on cast behaviors and story plot points allowed us to optimize the show in real-time during its 8-week flight, resulting in the most successful season of "@SummerBreak" to date.

End-of-season results suggested that the shift to real-time coverage on social resonates with the show's predominant teen-girl audience. Season 4 of "@SummerBreak" delivered 338 million views, 1.081 billion impressions, and 34 million fan engagements, exceeding the season's goals of 60 million views, 1 billion impressions, and 30 million fan engagements. The cast's group text thread (public.chat/summerbreak) was viewed by new and returning users more than 324,000+ times over the summer. Within three days of the new season's launching, @SummerBreak GIFs on Giphy had accrued nearly 7 million impressions. By season's end, that number had skyrocketed to 38 million impressions, with many of these sparked by fans sharing GIFs in the Public chat.

Video for @SummerBreak: Using Emerging Platform Public to Bring the Audience closer to the Show 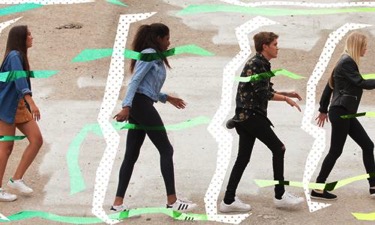