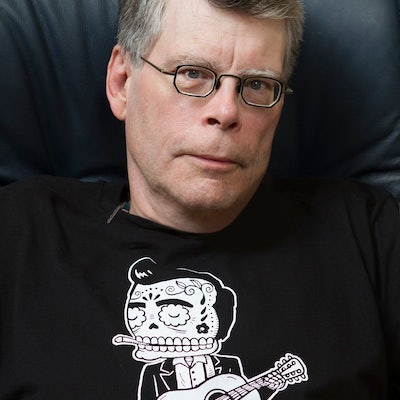 A best-selling author who needs no introduction, “King of Horror” Stephen King has expanded his haunting discourse into the cyber realm, applying humor and his penchant for the macabre to tweets about pop culture, politics, and his adorable pet corgi (aka “The Thing of Evil” who is busily “thinking up new acts of wickedness”). The writer’s recent tweet in praise of the hit series Stranger Things—with its subtle references to his work—went viral, spawning an internet frenzy of intrigue, conspiracy theories that King is set to write season two, and a plethora of publicity for the show, for which the Duffer Brothers remain honored and thankful.