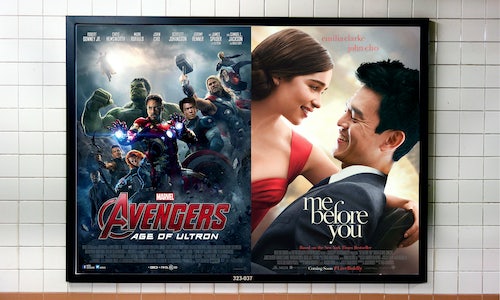 In a leaked email exchange with studio heads, Aaron Sorkin (Oscar-winning writer of The Social Network, Steve Jobs, and The Newsroom) complained about the so-called difficulty of adapting a movie with an Asian protagonist because "there aren't any Asian movie stars."

#StarringJohnCho is a social movement that literally shows you what it would look like if today's Hollywood blockbusters cast an Asian-American actor - specifically, John Cho* - as their leading man.

Today, only 1% of lead roles go to Asians. But if studies show that films with diverse casts result in higher box office numbers and higher returns on investments for film companies, why doesn't Hollywood cast lead actors to reflect this fact?

But a future is coming when an Asian-American actor is the next tent pole star. #StarringJohnCho creates a reality that brings that vision of tomorrow's Hollywood to today.

Support #StarringJohnCho by sharing the hashtag and help ignite this necessary conversation.

In March 2016, during the 88th Academy Awards, Chris Rock trotted out three Asian-American children on stage and presented them as PriceWaterhouseCooper's "most dedicated, accurate, and hard-working representatives". Despite the conversation surrounding the lack of diversity and representation at Hollywood's most prestigious event, Rock conveyed a clear message of how America perceives their Asian population: A stereotyped group with a singular identity that the world could feel comfortable laughing at.

These stereotypes and the negative association that comes with them is nothing new to the Asian-American community. Additionally, the whitewashing and erasure of Asian-Americans in mainstream media continues to be commonplace. While Asian-Americans continue to voice their concerns over the lack of representation in this industry, the tried and true complaints have crowded the space to the point of desensitization.

#StarringJohnCho aimed to change the conversation. Instead of focusing on why Asian-Americans could not play roles that were traditionally written or envisioned as Asian (e.g. Ghost In The Shell's Major Motoko Kusanagi, Doctor Strange's The Ancient One), the project aimed to demonstrate that Asian-Americans could play any role and demonstrated that characters in films - from romantic comedies to blockbuster action tentpoles - possess non-race specific traits that can be brought to life by Asian-Americans just as well as anyone else.

Through a landing page (starringjohncho.com) and Twitter handle (@StarringJohnCho), the project effectively provided educational information, posters for discussion, and an outlet for conversation. This cycle encouraged those new to movement on Twitter to learn more about the tensions while giving Asian-American advocates a platform to defend their assertions.

Using the visual medium of movie posters, #StarringJohnCho gave the world a visual and tangible piece of evidence to spark a discussion. While others would talk in theoretical and "What if?" scenarios, movie posters offer a creative way for people to use their imaginations and knowledge of the films' characters in order to apply it to an Asian-American individual.

In order to provide audience members with the proper fodder for their conversations, the launch posters were pulled from lists of the top grossing movies of 2015 and the most highly anticipated movies of 2016. Also, the types of movies chosen came from an array of genres. This selection reinforced the ability of Asian-Americans to play a wide range of roles.

In tactically choosing actor John Cho to be the face of the campaign, #StarringJohnCho selected an individual who not only has had the praise from publications such NPR and The New York Times as an actor, but also as an individual who has the financial backing to justify the dollar investment from studios for his work in the Harold & Kumar franchise. While other actors like Ki-Hong Lee, Daniel Dae Kim, and Sung Kang were considered, Cho represents a singular example of an actor who has such a critical and economic track record as a leading man.

After launching, #StarringJohnCho, with a $0 budget, went on to amass over 1 billion media impressions worldwide. The project received coverage from The New York Times, BBC, CNN, among many other notable publications from around the world. On Late Night with Seth Meyers, the host and guest John Cho discussed the project on national television, with the segment later amassing thousands of views online.

The project's Twitter handle went on have over six thousand followers and spawn several spin-off campaigns such as #StarringConstanceWu and #StarringMindyKaling. Launched on Twitter, #StarringJohnCho also became a Trending Topic on Facebook as well. Not only did the project receive praise from the general public, but industry professionals like Margaret Cho, Don Cheadle, Kal Penn, and John Cho himself expressed their support. In the month it launched, starringjohncho.com also received over 64,000+ visits.

Additionally, creator William Yu has since been invited to speak as the keynote speaker at the 2016 Vancouver Asian Film Festival and as a panelist at this year's national convention of the Asian American Journalist Association. 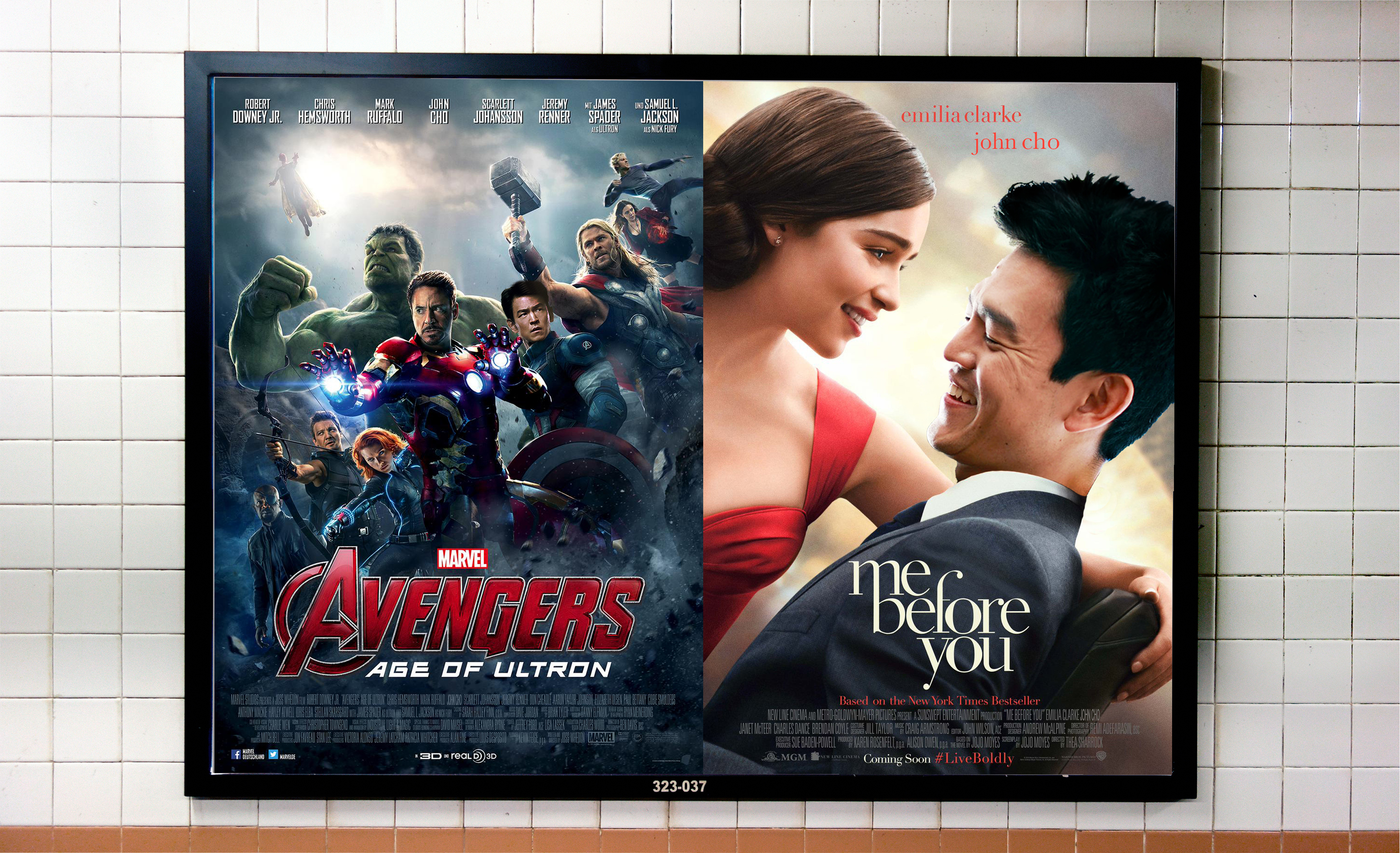 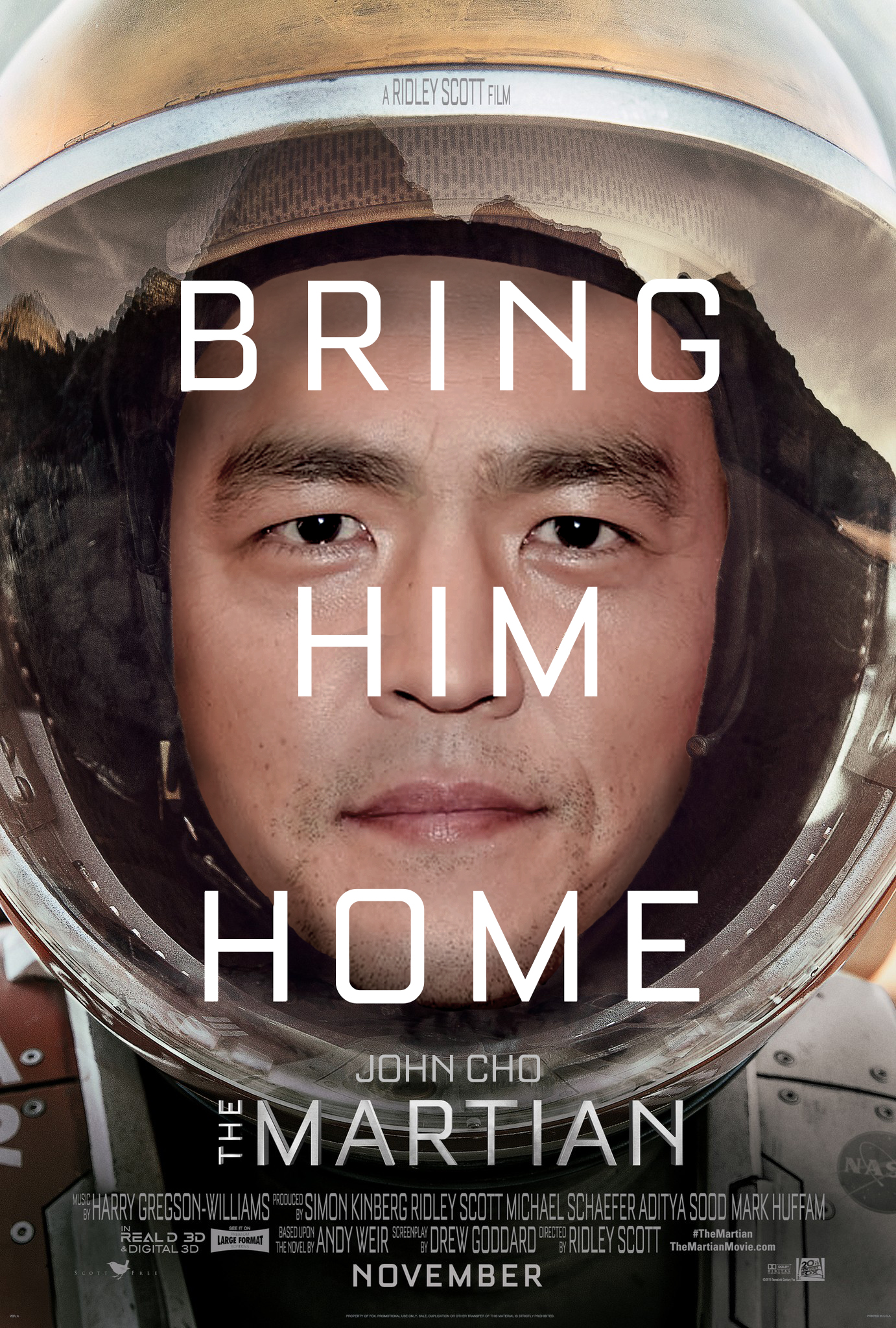 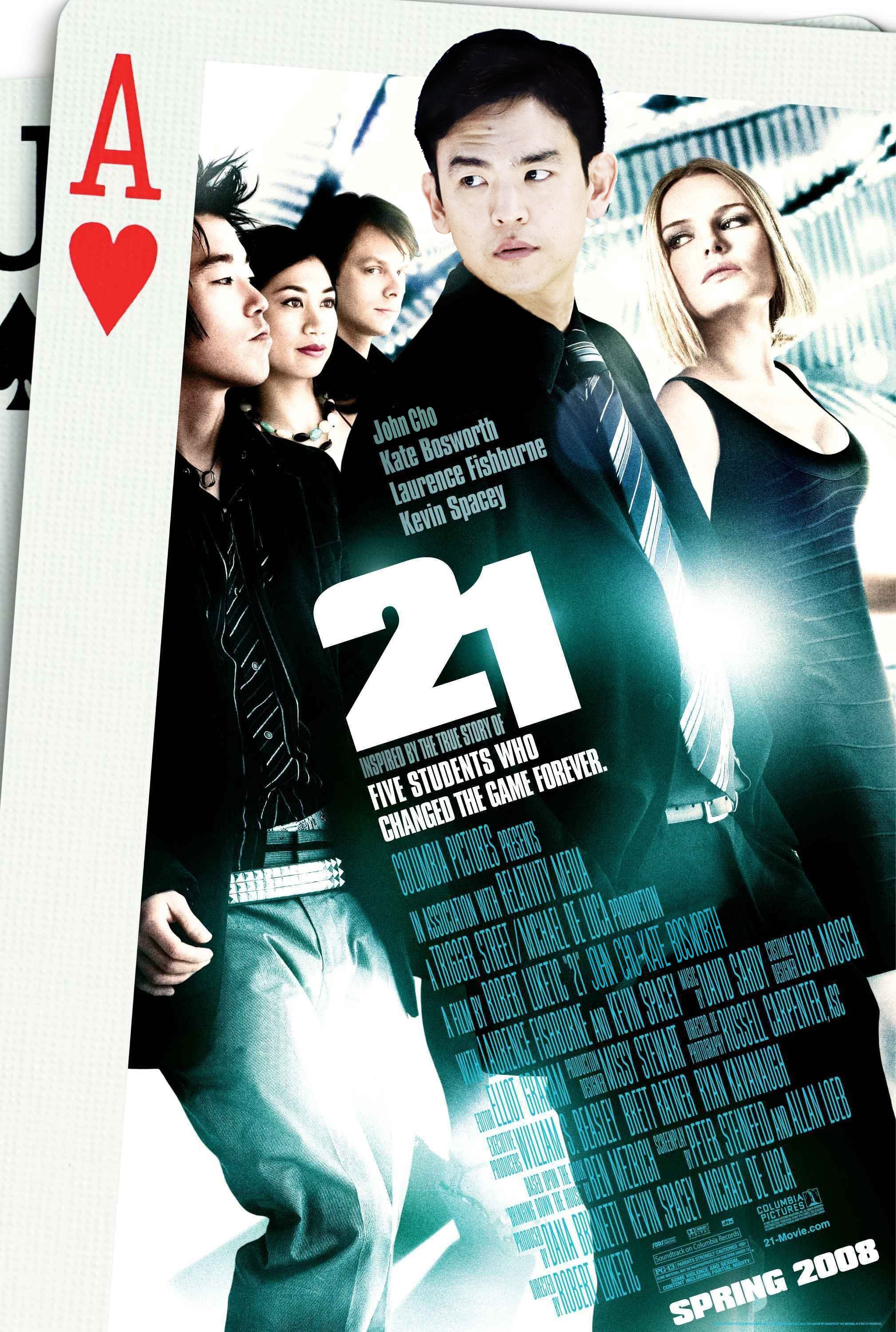