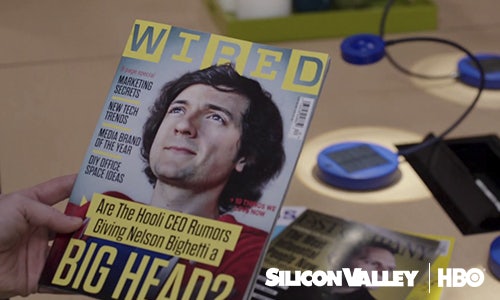 To continue endearing Silicon Valley to a set of influential, tech-savvy fans, HBO used a variety of digital tactics and strategic partnerships to extend the storylines of the fictional Silicon Valley world into the real world. A highly choreographed program of easter egg websites and digital presences, combined with key strategic partnerships with real life tech giants, surprised and delighted fans at every turn of the ongoing saga unfolding upon Silicon Valley's cast of characters and companies.

After launching PiedPiper.com in Season 1 and witnessing its phenomenal rise in Season 2 (over 1 million pageviews throughout the course of the season alone), we saw an enormous opportunity to build out the in-story world of the show with a fleet of in-story websites designed to keep the show's sizable digital fanbase engaged and entertained. The dedicated company sites for Hooli, Raviga, Endframe and Homicide Energy Drink, all fictional organizations from the series, are all fully actualized thanks to clever copy and thoughtful easter eggs courtesy of the show's writing staff. The sites continually surprise and delight fans who stumble across them in their general browsing, or pickup on Reddit and tech blogs.

Each week in season, a series of updates are made across the board to applicable websites to ensure that they're fully current with what's happening in story. For example, when Pied Piper's new CEO is named in Season 3, Episode 1, the 'Who We Are' section was updated accordingly with Jack Barker's credentials.

Essential to the success of the in-story updates are the strategic promotion of them via key partnerships with tech partners. Using Google's new Posts feature to elevate the updates, Silicon Valley was the first to use Google's search results page product for a spoof promoting in-story plot developments.

Dovetailing the Season 2 cliffhanger in which Richard Hendricks, Pied Piper's fearful leader, is removed as CEO, we partnered with Google's X division on a unique and entertaining stunt. On April Fools, Google's favorite holiday, we partnered on the launch an "official" announcement of X's hiring Richard as Chief Compression Officer with a video featuring Richard talking about big picture compression issues.

To coincide with a storyline where Pied Piper starts staffing up, HBO launched a "We're Hiring" style campaign via Facebook's right rail ad product designed to try to "poach" users from their current tech jobs. Featuring Pied Piper's infamous "snack dick" logo as creative, the ads linked to a blog post on the faux company website PiedPiper.com, that had job listings written in the voice of the company's operations officer (AKA Jared Dunn).

When Silicon Valley spoofed Facebook's infamous "Chairs" commercial in a Season 3 episode, we sought to get it in front of the most understanding audience possible: Facebook fans. Better yet, we partnered with Facebook on a cheeky, in-story response to the video from their corporate team. HBO and Silicon Valley set out to create a parody video of Facebook's "Chairs" commercial for the show's in-story company Pied Piper.

Silicon Valley in-story sites have garnered nearly 4M site visits to date, a number that reflects the breadth and appetite of the Silicon Valley digital audience. Influencers such as Mike Bloomberg and Dick Costello, in addition to Dropbox and X, have added social value to the campaign's reach by playing along in the digital space through a variety of social posts. Fans took to Reddit week over week to share the latest discovered easter eggs.

With this campaign, we've continued to ingratiate one of the show's most powerful audiences and biggest fans, the tech community, along every step of the way. 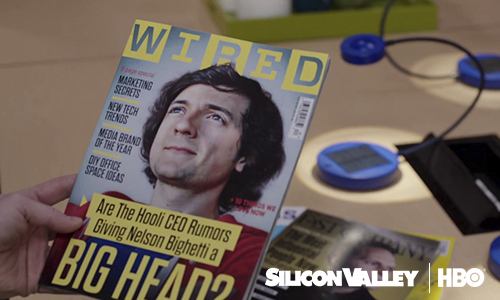