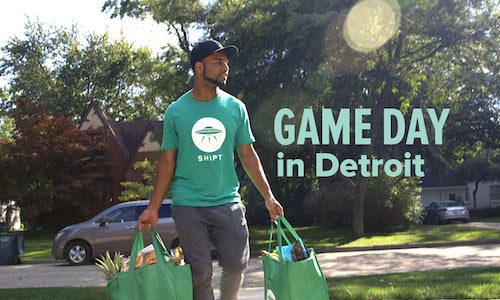 Game Day Delivered (with a little help from Golden Tate)

In celebration of the biggest launch in Shipt history plus a new partnership with Meijer, a well-loved grocery store in Detroit, Shipt developed a multi-platform creative campaign to build buzz, drive awareness and encourage member sign-ups for their grocery delivery service launch in the Detroit metro area.

One thing Shipt knows about busy families – especially those in Detroit: when they're juggling everything from work and family, to social lives and community involvement, sometimes they miss stuff. Life moves fast. But one thing everybody in Detroit slows down for: Lion's football.

And they love their Golden Tate.

Shipt, in collaboration with Golden Tate, set out to create a highly shareable piece of content that would raise awareness and excitement for a game-changing new service in Detroit. The campaign objective was to drive member sign up by utilizing relevant platforms to share the Shipt + Golden Tate campaign.

Between crazy schedules, stroke rehabilitation, and activities with the kids, these four families know a clutch game-day play when they see one: getting their favorite groceries delivered by Shipt. These on-the-go Detroit families all won a Shipt shopping spree on social media. They had 24 hours to order whatever they wanted from a local grocer using the Shipt App. The Shipt team followed them throughout their day as they ate breakfast, coordinated family activities, and got to work, all the while sharing a sneak peek into their lives.

Oh. And they're all huge Lions fans. And the day we filmed them, of course, was game day. So on top of the usual hustle of life, they were all busy prepping for a game day party and ordering snacks for a tailgate, sponsored by Shipt.

This big day couldn't possibly go by without a winning surprise. What these families didn't know: They were about to get more than just groceries when they opened up the door. And Shipt was there, ready to capture their reactions on camera.

Everyone was in a mad rush to finish with the day's work and get settled in for the game...when suddenly, the doorbell rang. HELLO, GOLDEN TATE. In full uniform...with the groceries. Parents freak. Kids freak. Total surprise. He gave hugs and noogies, took selfies and tossed the ball around with the kids... and after the big surprise the family - still in raptures - settles into the game with their bounty of snacks.

The 2016 football season was full of ups and downs for Lions fans. One thing we learned: They are die-hard in the best and worst of times.

With interest peaking in the middle of crazy season, we launched a coordinated media and influencer amplification effort across Shipt.com, Facebook, Twitter and YouTube. By combining pure-play reach and awareness buys with highly targeted posts, sequential retargeting and custom landing pages featuring a sticky trial offer, we were able to tell a cohesive story across multiple channels in a way that really resonated with the Detroit community.

The reaction to Golden Tate's surprise delivery to these four unexpecting, die-hard Detroit families was unprecedented.

Golden's good humor and desire to make an impact in the Detroit community was inspiring. Following the campaign, Shipt committed to an ongoing partnership with his non-profit, Golden Future Foundation, to aid Michigan Veterans Affairs Agency and Iraq and Afghanistan Veterans of America.

With 890,000 views and 1.2 million impressions, Golden's Delivery had a major local impact, catapulting Shipt's awareness in Detroit on the heels of one of the biggest new-market launches in Shipt's history.

Hear that soft rumble? That's the sound of Lions fans applauding and engaging on Shipt social properties, with 7,250 likes, RTs, shares and comments. 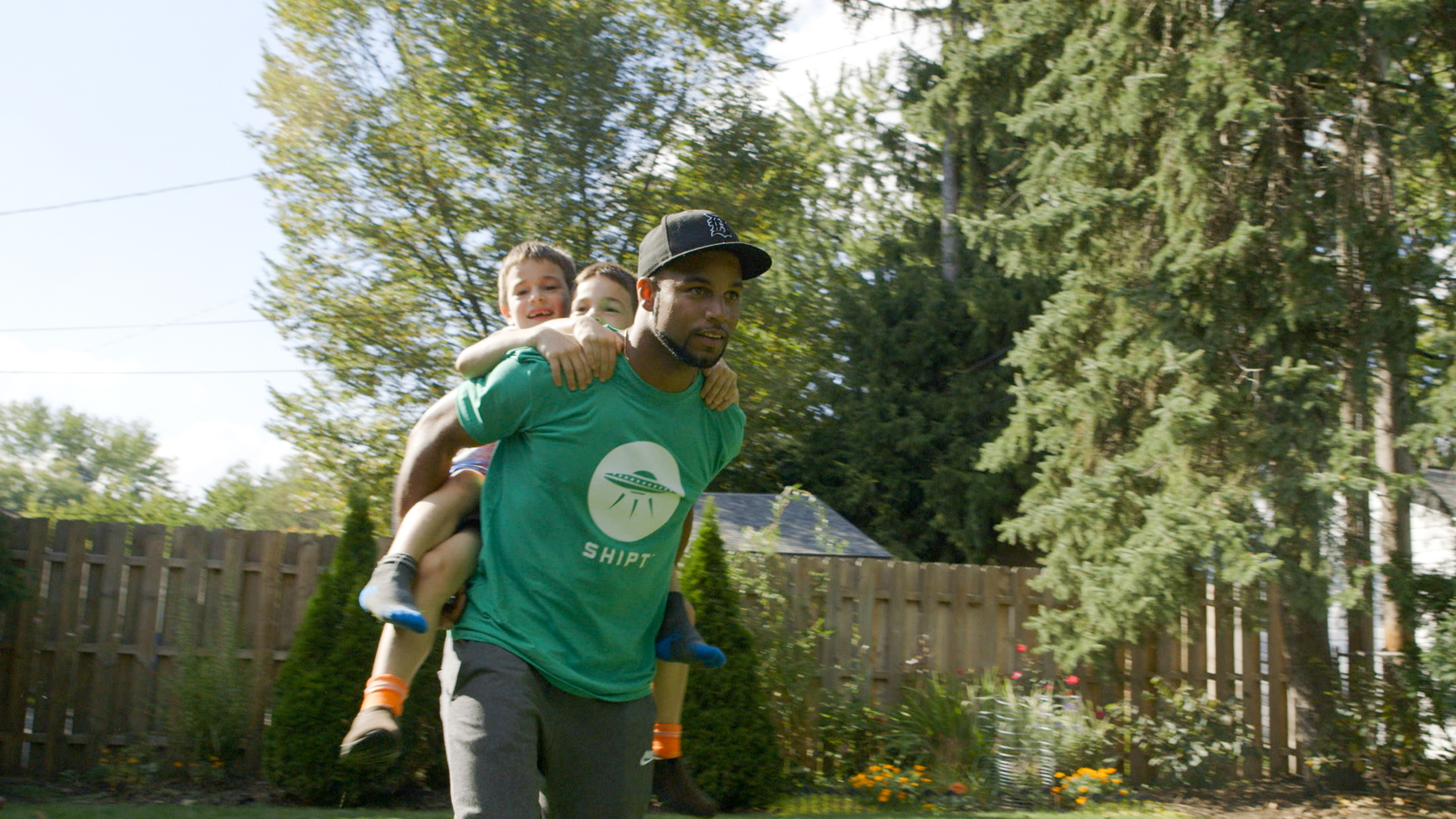 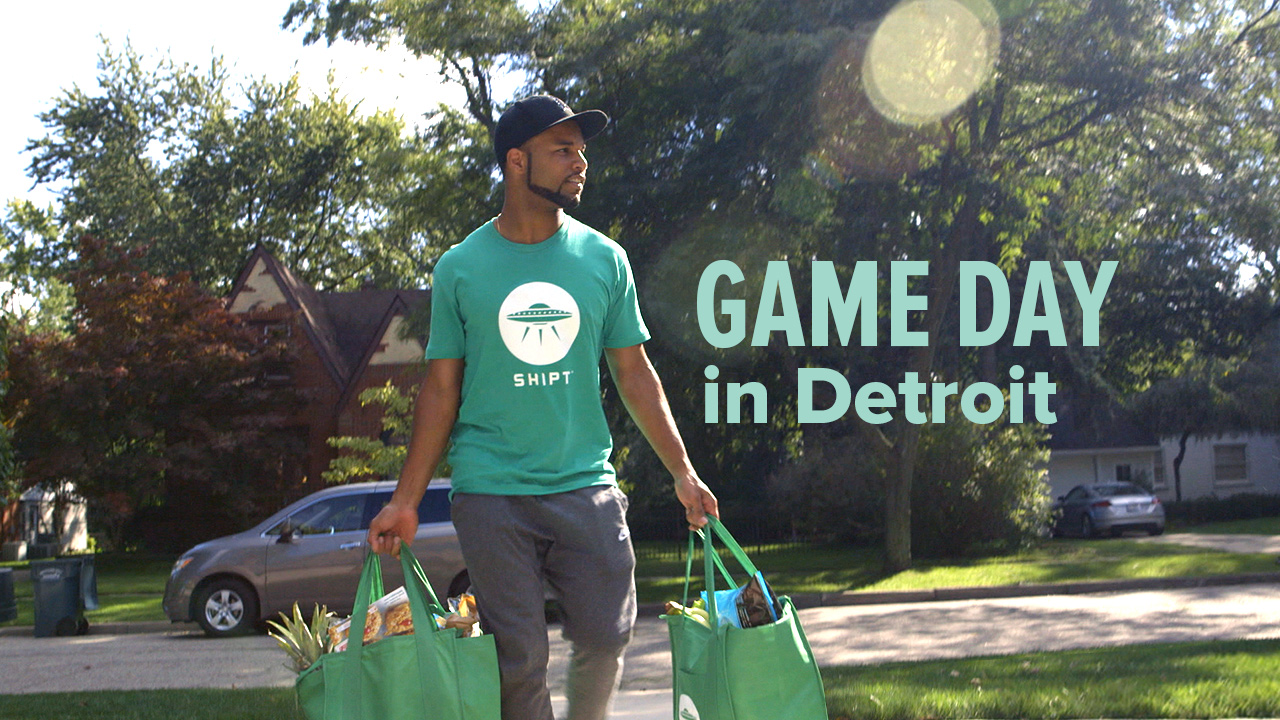 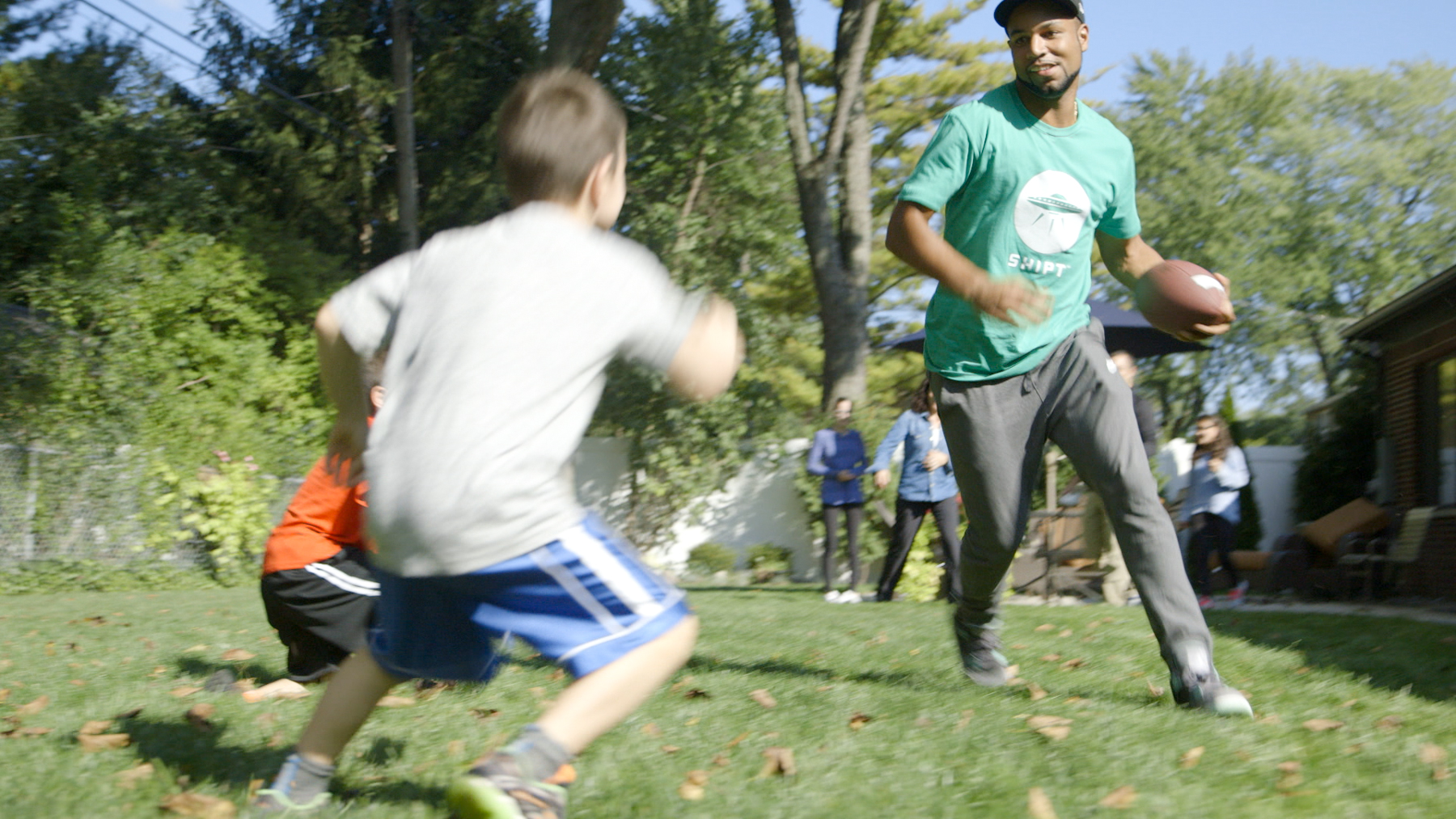 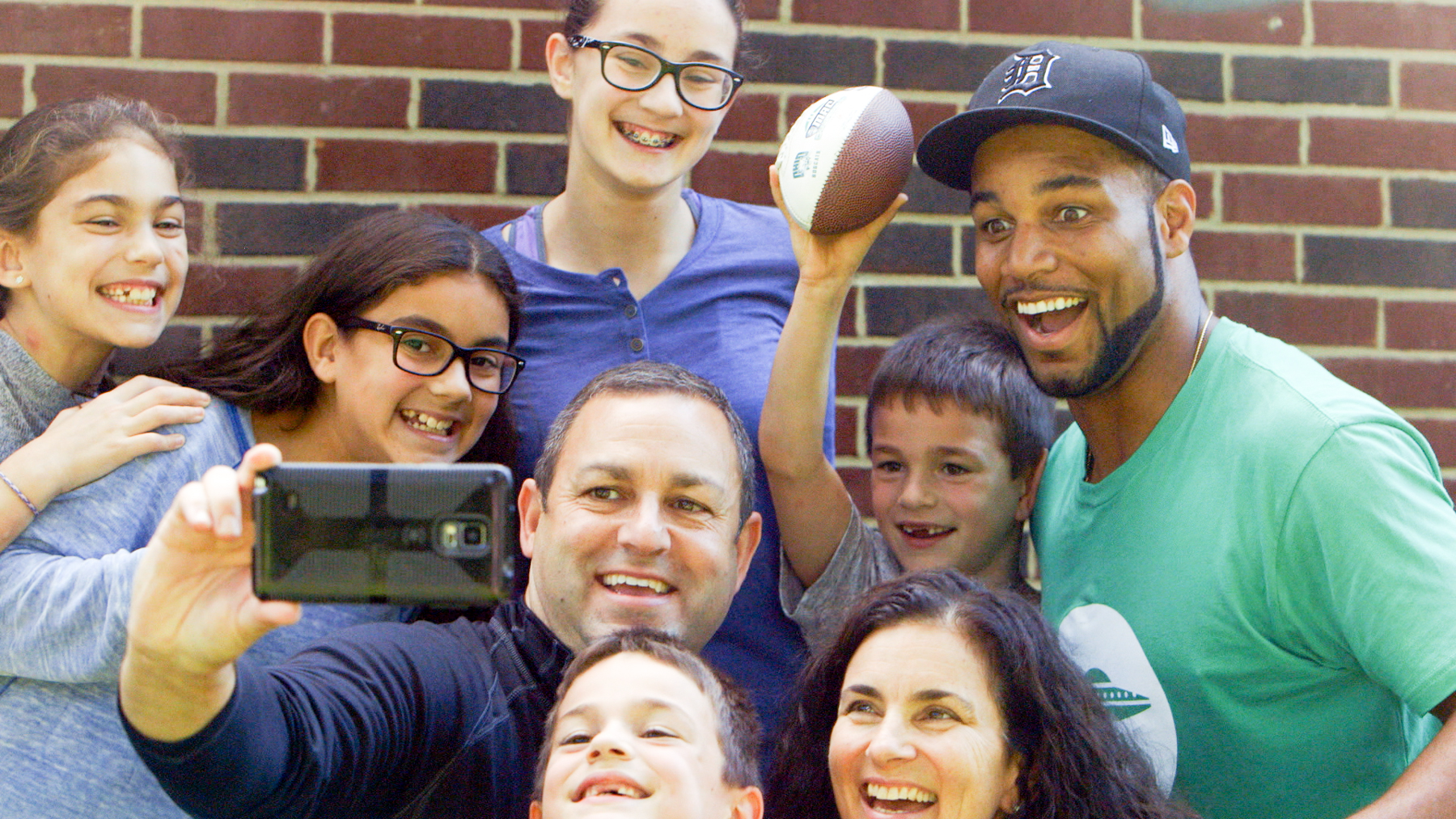 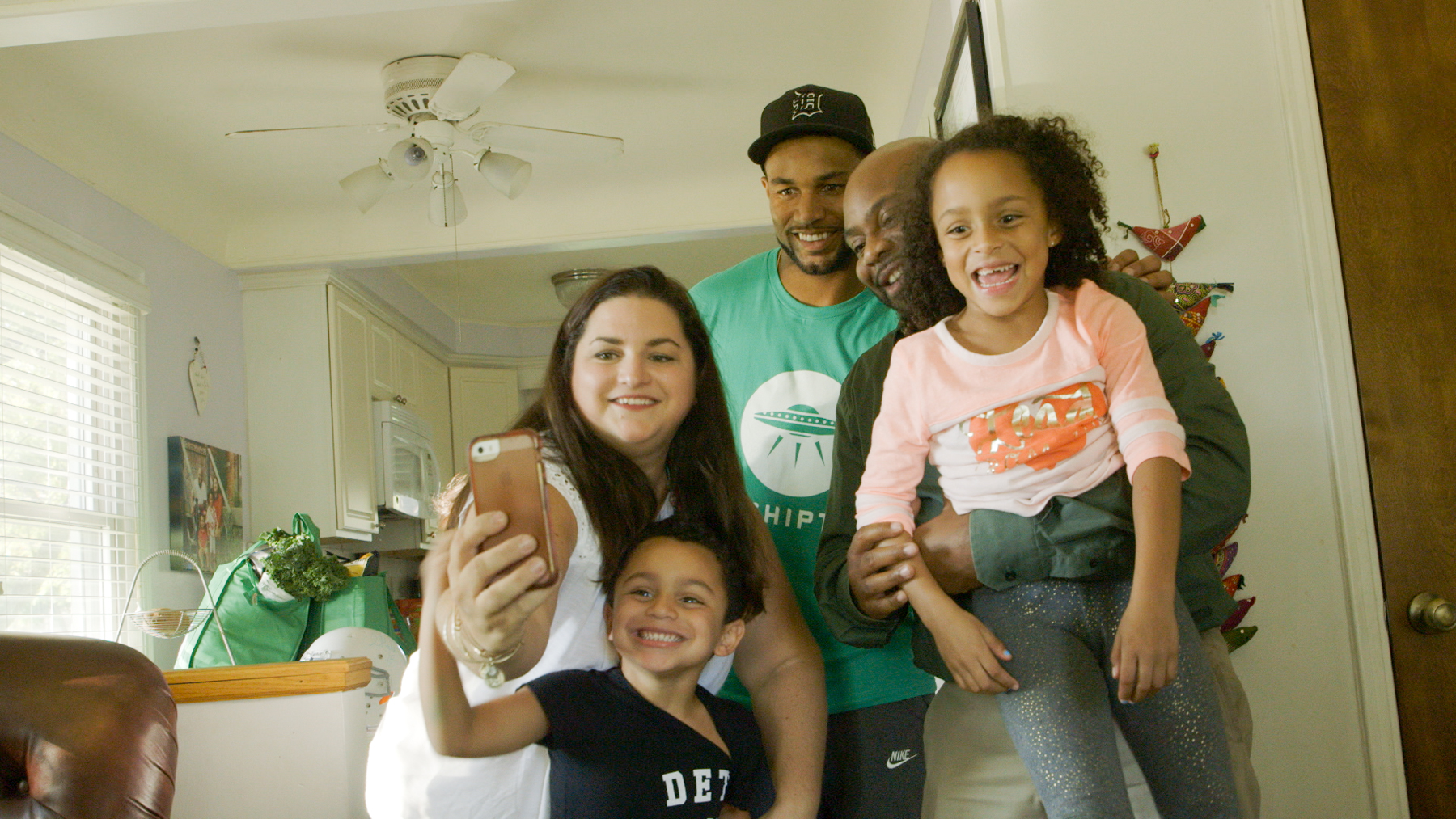