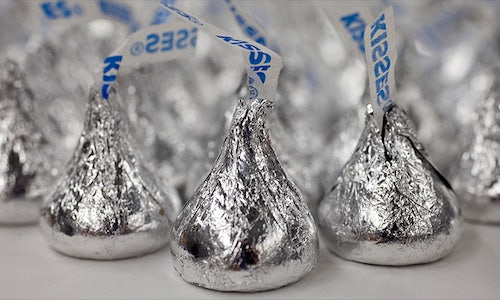 Say it with a Kiss

KISSES has traditionally played a safe place in owning the holiday season, focusing so heavily on the occasion that it now accounts for 70% of its yearly sales. However, the seasonal business became stagnant and household penetration had declined one point each of the last four years.

Our research showed that the creative messaging and a TV heavy media strategy wasn't resonating with our consumers the way it once had and wasn't lining up with what was important to our target. While the Holiday season is a classic and quintessential opportunity to support human connections and celebrating both life's big and small special moments, we needed to communicate with our fans in a more meaningful way during non-holiday moments as well.

We knew amazing gestures of love and affection occur naturally outside of the holiday season. Social media sites like Twitter and Facebook act as an arena for audiences to share positive and uplifting content, while also share personal and emotional moments of love and affection for who they care for and appreciate.

As we poked further, we discovered that HERSHEY'S KISSES was already attached to many of these personal everyday moments. People were using Kisses to show care and affection as an everyday replacement for words.

An opportunity for growth existed for HERSHEY'S KISSES to leverage the brand's strengths during the holiday season by enabling "human connections" and "celebrating both life's big and small special moments" and carry that throughout the year.

It was clear a significant shift in the media and advertising strategy was necessary, moving part of the brand's investment from the holiday season and activating everyday conversation through social platforms.

We decided that rather than tell people when and why to love our brand, we would spotlight and celebrate the stories and rituals that families were already participating in with HERSHEY'S KISSES as the centerpiece. Although telling people how you feel could be tough, we saw that HERSHEY'S KISSES often provided the words needed without saying anything at all.

Building from the idea that any time you want to convey affection or show you care, you can always "Say it with a Kiss" we used a socially driven content series and an effective media strategy to celebrate and spotlight stories of love, care and appreciation. Whether it was a secret ritual between mom and child, a special way of thanking a teacher, or celebrating a grandparent's milestone birthday, we used moments like these to drive brand relevancy.

We did this in a way the brand had never done before.

Story driven communication became our focus on platforms like Facebook, Twitter and YouTube where audiences reveal and share those moments daily. Understanding audience and platform behaviors, the story could come to life through diverse methods (scripted and unscripted), tailored in different formats, executions, and lengths to maximize audience behavior, engagement and brand perception per social platform. By expanding the universe of possibilities where the brand had purpose authentically, there became a range of stories from other people that HERSHEY'S could share:

• A son sets up a nightly KISSES Chocolate ritual to create a special moment just for him and Mom.

• A family recognizes that a birthday only happens once a year, so they go to extra lengths to make it special and Say it with a Kiss.

• A father leaves KISSES chocolates around the house as a gesture of love for his daughter and gets a sweet surprise of his own.

We developed a short form cinematic film, showcasing the brand message and effectively portrayed that often times you can show you care without saying anything at all. By looking at the world differently, a handmade heart (the most universal symbols and rituals we attach to love) could be turned upside down to represent the outline of HERSHEY'S KISSES.

Through attaching the brand to culturally recognizable actions and everyday moments of care and appreciation, the brand could tell a full story of what it means to Say it with a Kiss and inspire others to show they care.

The brand had delivered on all key metrics: favorability, recall and purchase intent, along with the fact the campaign contributed to a significant increase in overall sales growth vs. the same time period previous year. You really can say a lot with a Kiss.

HERSHEY'S KISSES saw an incredible sales jump from May to August 2016, increasing 7%. And of that growth, our MMM study shows that 6.1% can be attributed entirely to social. Thanks to a reduced TV investment, the brand's ROI increased 0.4%.

Additionally, we were able to reinforce HERSHEY'S KISSES as an iconic symbol of meaningfully showing you care everyday:

- 80% increased Brand Favorability from Facebook, considerably higher than the 32% benchmark across the CPG category

Finally, we delivered on our objective of growing consumption frequency, with a 5.7% increase in dollar sales vs previous year, more than 5x the category growth rate in the same period. 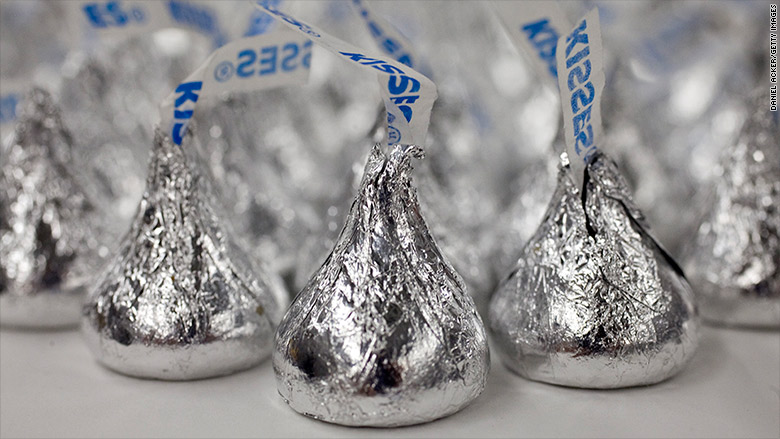 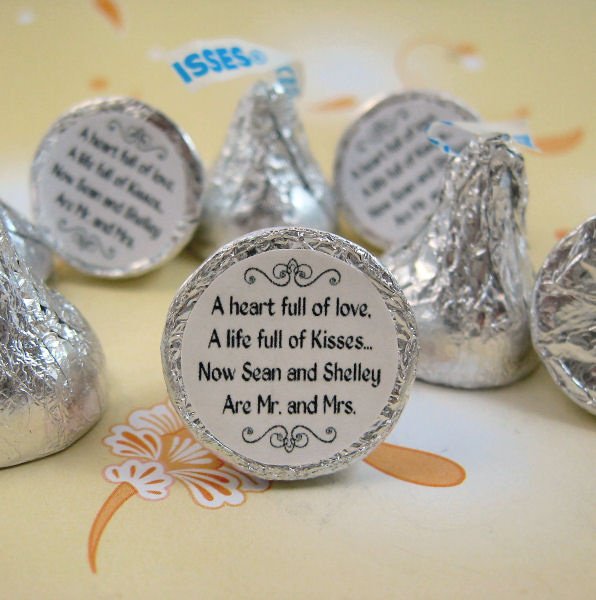